Defending the Christian Worlview, Creationism, and Intelligent Design » Molecular biology of the cell » Metabolism » The Transport of Proteins into Mitochondria is a interdependent complex system

The Transport of Proteins into Mitochondria is a interdependent complex system

The Transport of Proteins into Mitochondria is a interdependent complex system Mon Aug 10, 2015 6:21 pm 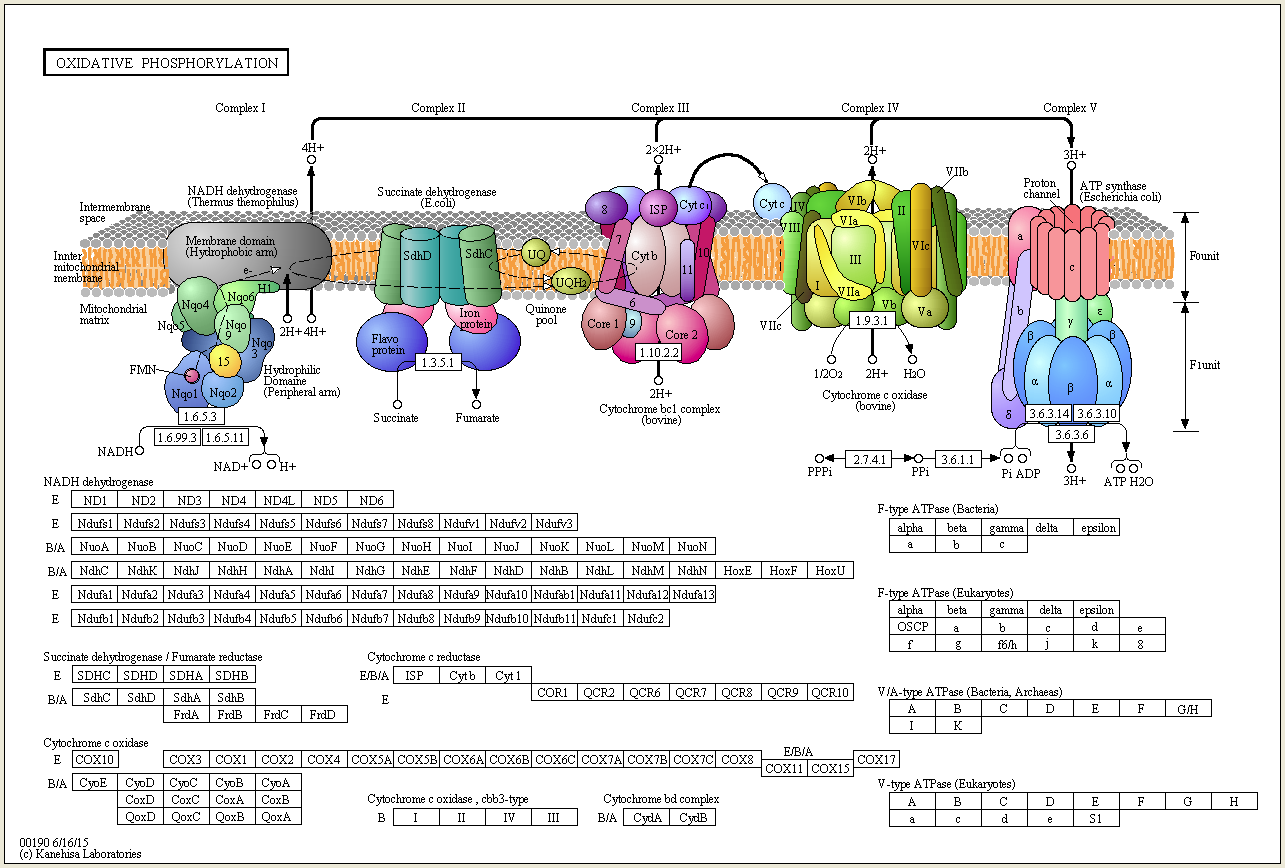 Re: The Transport of Proteins into Mitochondria is a interdependent complex system Tue Aug 11, 2015 4:41 pm

Admin
Posts : 6079
Join date : 2009-08-09
Age : 54
Location : Aracaju brazil
The Transport of Proteins into Mitochondria requires an interdependent, interlocked, irreducibly complex system and an advanced transport and communication system. This is pretty strong evidence that a planning intelligence is required to set it up.

The Transport of Proteins into Mitochondria is an interdependent complex system

A critically important macromolecule—arguably “second in importance only to DNA”—is ATP. As far as known, all organisms from the simplest bacteria to humans use ATP as their primary energy currency. ATP contains the purine base adenine and the sugar ribose which together form the nucleoside adenosine. Adenine is one of the most important organic molecules for life as we know it today. "Adenine synthesis is perhaps the best example of an irreducibly complex system that can be found in life ..." the process doesn't work unless all 11 enzymes are present.

Adenine would never accumulate in any kind of "prebiotic soup.

In eukaryotes the mitochondria produce most of the cell’s ATP (anaerobic glycolysis also produces some)   The systems most frequently mentioned as irreducible complex, as the flagellum, have about 40 essential proteins.

ATP is only one of hundreds of thousands of essential molecules in eukaryotic cells. That makes the cell a hudge, enormous , unimaginable irreducible, interlocked, interdependent nano factory of incredible complexity.A few essential proteins and molecules are mentioned here :

This list is supposed to grow upon further investigation. We know only four basic methods of producing ATP: in bacterial cell walls, in the cytoplasm by photosynthesis, in chloroplasts, and in mitochondria. No transitional forms exist to bridge these four methods by evolution. According to the concept of irreducible complexity, these ATP producing machines must have been manufactured as functioning units and they could not have evolved by Darwinism mechanisms. Anything less than an entire ATP molecule will not function and a manufacturing plant which is less than complete cannot produce a functioning ATP. Some believe that the field of biochemistry which has achieved this understanding has already falsified the Darwinian world view (Behe, 1996).  It certainly looks like the numerous enzymes and carrier proteins needed for cellular respiration demonstrates irreducible complexity. not only does there have to be enough of each of the enzymes and carrier proteins present but they must also work in the right order and be effective enough as well. A chain is only as strong as its weakest link and a machine is only as efficient as its slowest part. Given what we know about how life actually works and how easily it dies when it doesn't have enough energy, it is evident that for cellular respiration to have developed naturally within living organisms that could reproduce, would have required several simultaneous innovations. Some scientists have argued that the positions of intelligent design and irreducible complexity are arguments from ignorance which lack enough imagination. I would submit that the concerns put forth above are based, not on ignorance, but on what we actually do know about how life actually works and how easily it dies. Just as a car can die from not having enough gas for energy, or oil for seizing parts, or anti-freeze for engine overheating, so too, all physicians know that there are many different pathways to death. If you really want to begin to understand how life came into existence, you first have to understand how easily it can become non-existent.

The Transport of Proteins into Mitochondria

Mitochondria are double-membrane-enclosed organelles. They specialize in ATP synthesis, using energy derived from electron transport and oxidative phosphorylation in mitochondria and from photosynthesis in chloroplasts . Although both organelles contain their own DNA, ribosomes, and other components required for protein synthesis, most of their proteins are encoded in the cell nucleus and imported from the cytosol.

If the endosymbiosis theory were true, would the proteins not keep being encoded and produced all inside mitochondria ?

Most organelle proteins are synthesized in the cytoplasm from nuclear encoded mRNAs. These proteins must be imported into mitochondria. Special sequences, called signal sequences, target the protein to its proper organelle. Organelles contain protein translocator complexes that are required for this transport.

In order for  proteins required inside of mitochondria being able to arrive at their destination, following is required :

All the machinery to synthesize mRNA's
Cytoplasm and the container of it ( the cell membrane )
the ribosome to make proteins
proteins
signal sequences
chaperonins
ATP,
protein translocator complexes required for the transport
signal peptidase
and the organelle ( the mitochondrion ) into which the protein is transported

if any of it is missing, nothing goes. That is a irreducible , interlocked and interdependent system, which indicates that all the organelles and machinery had to emerge simultaneously. A separate independent stepwise arise is not possible.

Proteins destined for transport into mitochondria contain a signal sequence. This sequence acts as a targeting mechanism to ensure the protein is delivered to the proper organelle.

Most signal-relay stations we know about were intelligently designed. Signal without recognition is meaningless.  Communication implies a signalling convention (a “coming together” or agreement in advance) that a given signal means or represents something: e.g., that S-O-S means “Send Help!”   The transmitter and receiver can be made of non-sentient materials, but the functional purpose of the system always comes from a mind.  The mind uses the material substances to perform an algorithm that is not itself a product of the materials or the blind forces acting on them.  Signal sequences may be composed of mindless matter, but they are marks of a mind behind the intelligent design.

In the mitochondrial electron-transport chain, six different cytochrome hemes, eight iron–sulfur clusters, three copper atoms, a flavin mononucleotide (another electron-transfer cofactor), and ubiquinone work in a defined sequence to carry electrons from NADH to O2. In total, this pathway involves more than 60 different polypeptides arranged in three large membrane protein complexes, each of which binds several of the above electron-carrying cofactors.

and NADH dehydrogenase ( Complex I ) Visualize an old locomotive train roaring down the tracks.  One of the characteristic images that surely comes to mind is the oscillating motion of the coupling rods on the wheels.  The long rods that connected the wheels provided a way to convert heat energy from the steam into mechanical energy. It now appears that the we have  trillions of mechanical devices similar like those coupling rods.  They serve to transmit the energy in the food we eat into mechanical energy, driving a proton pump inside the mitochondrion.  It’s all part of an amazing series of electromechanical machines in the powerhouses of the cell. A special type of „transmission element“, which is not known from any other protein, appears to be responsible for the energy transduction within the complex by mechanical nanoscale coupling. Transferred to the technical world, this could be described as a power transmission by a coupling rod, which connects for instance the wheels of a steam train.

Did life really come about solely by random chemicals coming together to form cells, then simple organisms, and then complex ones like us? In other words, without a mind at work to make it happen? Do you think that the over twenty different enzymes and carrier proteins, each consisting of over 300 amino acids, just happened to come together in a specific pathway, called cellular respiration, to provide our cells with the energy they need to live? No, when it comes to the origin of life it seems to me that Science still has a lot of explaining to do. Meanwhile, as we wait for evolutionary biologists to admit the deficiencies within their theory, our children and the whole world continue to be misled!

Re: The Transport of Proteins into Mitochondria is a interdependent complex system Mon Nov 20, 2017 10:12 am

If there's one fact that most people retain from elementary biology, it's that mitochondria are the powerhouses of the cell. As such, they break down molecules and manufacture new ones to generate the fuel necessary for life. But mitochondria rely on a stream of proteins to sustain this energy production. Nearly all their proteins are manufactured in the surrounding gel-like cytoplasm, and must be imported into the mitochondria to keep the powerhouse running.

A duo of MIT biologists has revealed what happens when a traffic jam of proteins at the surface of the mitochondria prevents proper import. They describe how the mitochondria communicate with the rest of the cell to signal a problem, and how the cell responds to protect the mitochondria. This newly-discovered molecular pathway, called mitoCPR, detects import mishaps and preserves mitochondrial function in the midst of such stress.

"This is the first mechanism identified that surveils mitochondrial protein import, and helps mitochondria when they can't get the proteins they need. Responses to mitochondrial stress have been established before, but this one specifically targets the surface of the mitochondria, clearing out the misfolded proteins that are stuck in the pores."

The proteins must be unfolded and delicately threaded through the narrow channels in order to enter the mitochondria. This creates a precarious situation; if the demand is too high, or the proteins are folded when they shouldn't be, a bottleneck forms that none shall pass. This can simply occur when the mitochondria expand to make more of themselves, or in diseases like deafness-dystonia syndrome and Huntington's.

"The machinery that we've identified seems to evict proteins that are sitting on the surface of the mitochondria and sends them for degradation," Amon says. "Another possibility is that this mitoCPR pathway might actually unfold these proteins, and in doing so give them a second chance to be pushed through the membrane."

Two other pathways were recently identified in yeast that also respond to accumulated mitochondrial proteins. However, both simply clear protein refuse from the cytoplasm around the mitochondria, rather than removing the proteins collecting on the mitochondria themselves.

"We knew about various responses to mitochondrial stress, but no one had described a response to protein import defects that specifically protected the mitochondria, and that's exactly what mitoCPR does," Weidberg says. "We wanted to know how the cell reacts to these problems, so we set out to overload the import machinery, causing many proteins to rush into the mitochondrion at the same time and clog the pores, triggering a cellular response."

"What makes our cells absolutely dependent on mitochondria is one of those million-dollar questions in cell biology," says Vlad Denic, professor of molecular and cellular biology at Harvard University. "This study reveals an interesting flip-side to that question: When you make mitochondrial life artificially tough, are they programmed to say 'help us' so the host cell comes to their rescue? The possible ramifications of such work in terms of human development and disease could be very impressive."

Re: The Transport of Proteins into Mitochondria is a interdependent complex system

Defending the Christian Worlview, Creationism, and Intelligent Design » Molecular biology of the cell » Metabolism » The Transport of Proteins into Mitochondria is a interdependent complex system