Signaling between organs and tissues: Interdependence points to design

Signaling between organs and tissues: Interdependence points to design

Signaling in the brain
Recent scientific research has unraveled that neurons cannot function without elaborate signaling among glia cells, blood vessel cells, immune cells, and lining cells. Also, neurons commonly use multiple simultaneous types of communication, such as neurotransmitters, immune signals, electrical synapses, brain waves, and sacs filled with information molecules. That challenges evolutionary thinking, since everything has to be in place for signaling to be able to occur.

Cell communication related to pain use entirely different types of large complex synapses that incorporate signals from multiple types of cells at the same time. New types of communications have also been found in the brain. No one knew, for example, that myelin patterns are so complex; myelin had always been considered to be just simple insulation. Now, research shows myelin producing cells are part of wide-ranging conversations that determine changing patterns to accommodate various travel speeds required for circuits throughout the brain.

Researchers have discovered that these signaling and communication networks are enabled by a newly found type of synapse between the neuron’s axon and the nearby myelin sheath. Scientists have also been  surprised to find elaborate conversations between multiple guardian cells that are now known to determine what is allowed to enter the brain. Via signals circulating in cerebrospinal fluid, lining cells are able to call for precise types of immune cells to provide help at exact locations in the brain. Also, it was never clear before why there were so few ordinary immune cells in the brain. Now, newly discovered conversations between resident brain immune cells and immune cells outside the brain have been found to be vital for preventing adverse mental states, autoimmune diseases, and degenerative brain diseases.

Had both cell types, and the communication systems not to be fully working, developed, and in place from day one in order to establish communication between such complex systems ?

Signals to Fight Infection
Discovering signals related to infections has also been surprising. No one expected that capillaries provide travel directions for blood cells and instructions for stem cells about organ repair. Or that blood cells receive instructions from a variety of cells, including immune cells, tissue cells, neurons, and even platelets. Recent observations show that these signals direct traveling white blood cells as to where they should exit blood vessels at exact locations and where they should squeeze through difficult spaces in tissue. Signals give instructions for travel in difficult terrain, using such techniques as moving against blood flow and altering shapes and metabolism.
Researchers were also surprised to learn how platelets converse with immune cells, blood cells, and capillary cells as first responders for infections. With no nucleus to direct them, they still are able to communicate with signals built in before their birth from mother cells. Platelets direct actions against microbe infections and trauma until T cells can arrive. Based on signals, platelets change shapes for multiple activities, including organizing blood flow and helping to rebuild tissue while diminishing scar tissue growth.

Microbe Extensive Communication Ability
Microbes have the ability to communicate with all types of creatures. New findings show that virulence in human illness is not just based on the characteristics or amount of specific microbes but rather on the conversations among multiple species, even in highly structured bio-films. Researchers are learning more about how conversations among microbes and immune cells influence outcomes of infection. Also, signals from microbes in the gut affect digestion, metabolism, anxiety, and obesity. In the plant world, trees and other plants communicate with each other through microscopic wires made of long, thin fungal cells, and this can take place through an entire forest. Signals provide mutual protection, with warnings about specific dangers, as well as a way to share nutrients.


Organelle Conversations
The new science of signaling has also shed light on the surprising ways organelles participate in cell function. Wide-ranging conversations among various organelles respond to cell stress and provide quality control for mitochondria, membranes, and production of proteins. Elaborate signaling inside neurons provides precise transport of materials along the axon and allows complex decision making to take place among multiple compartments in dendrites. We are also learning about how the primary cilium might function as a cell’s central control center, as sort of the “brain” of a cell, with its tubular structure used as an antenna for signaling. 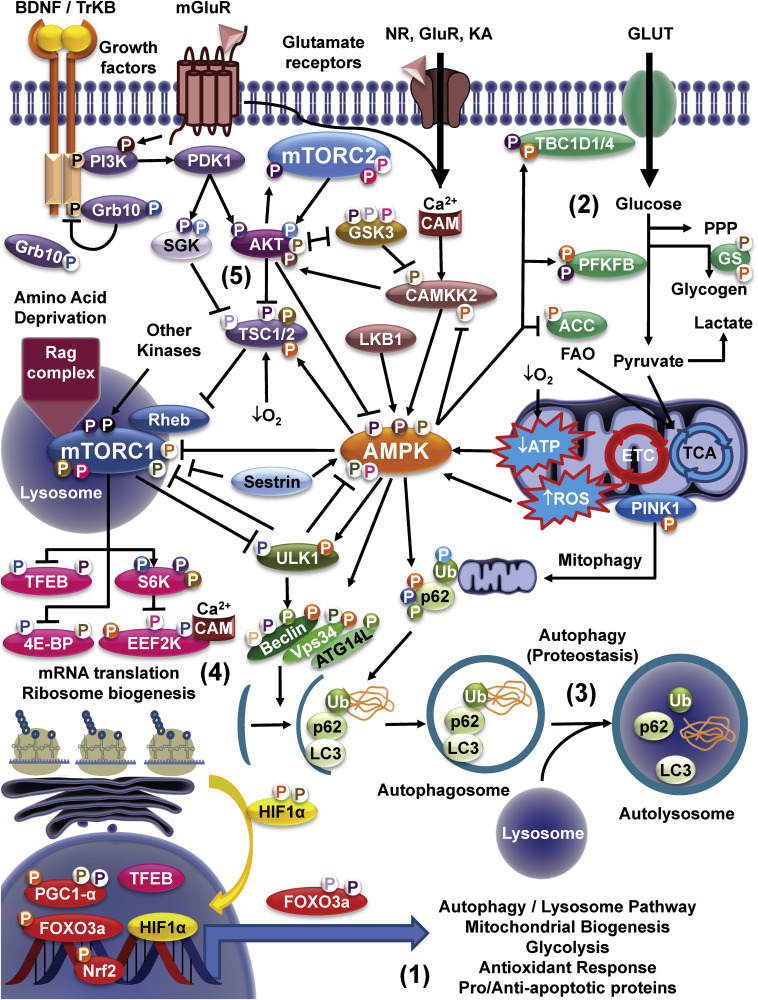