Defending the Christian Worlview, Creationism, and Intelligent Design » Astronomy & Cosmology and God » Quantum and particle physics » The Atom symbol - used by who has good reasons to use it

Atheists and proponents of philosophical naturalism use the Atom symbol with no justification - the Atom bears amazing evidence of design - the atomic forces must be finely tuned, otherwise, our universe would host no stars, no planets, no life.

The electron, the proton, and the quark are all entities within the realm of particle hence quantum physics. All three carry an electrical charge. All three have mass. After those observations, things get interesting, or messy, depending on your point of view. The electric charge of the proton is exactly equal and the opposite of the electric charge on the electron, despite the proton being nearly 2000 times more massive. There’s no set-in-concrete theoretical reason why this should be so. It cannot be determined from first principles, only experimentally measured. 1

An electron has a negative charge exactly equal and opposite to that of a proton. Note: the charge is exactly equal, even though the proton has a far greater mass than the electron (some 2000 times heavier in fact, not that there has to be of necessity any relationship between mass and charge).

Now that’s strange since the electron is a fundamental particle but the positively charged proton is a composite particle, made up of a trio of quarks (as is the neutron with no net charge). The proton has two quarks each with a positive 2/3rds charge (up quark) and one quark with a negative 1/3rd charge (down quark) for an overall balance of one positive charge. (The neutron, on the other hand, has one up quark with a positive 2/3rds charge and two down quarks each with a negative 1/3rd charge, for an overall balance of zero charge – neither positive nor negative.)

Further, the force particle that governs the electron is the photon; that which governs the quarks inside the proton and the neutron is the gluon, which further differentiates the two things – quarks and electrons. In any event, if you could have a composite particle of a trio of negative 1/3rd down quarks, if that were the case, and it is the case, and it’s called the Negative Delta, you’d also need a composite particle that’s the fusion of a trio of positive 2/3rds up quarks for an overall charge of plus two. To the best of my knowledge, there is only one such critter in the particle zoo and it’s called the Doubly Positive Delta. I’m sure you’ve never heard of these Delta particles, which goes to show how much bearing or impact they have on life, the Universe, and everything.

In case you were wondering, there would be an anti-quark of minus 2/3rds charge, and an anti-quark of a positive 1/3rd charge, to yield an antiproton and an anti-neutron. The anti-proton would of course have an equal and opposite charge to the anti-electron (which has a formal name – the position). So things are equally as mysterious in the realm of the anti-world.

Question: How do you get 1/3rd or 2/3rds of an electric charge in any event? Of course one could just multiply by three and that does away with the fractions, but that doesn’t resolve the larger issues, like for that matter, what exactly is electric charge and how does it come to be?

Gravity:
How finely tuned is gravity? -- Well, the strength of gravity could be at any one of 14 billion billion billion settings, but there is only one setting which is adequate (and optimal) for a universe with intelligent life to exist.

-- To illustrate: This is as if you had a measuring tape with one-inch sections stretched across the known universe, it would be 14 billion billion billion inches long, and only one or two of those inches in the middle is the optimal strength setting for gravity. If you moved the strength setting to the right or left just a couple of inches, then intelligent life could not exist (though bacterial life might survive with gravity stronger or weaker by one setting up or down).

Imagine stretching a measuring tape across the entire known universe. Now imagine one particular mark on the tape represents the correct degree of gravitational force required to create the universe we have. If this mark were moved more than an inch from its location (on a measuring tape spanning the entire universe), the altered gravitational force would prevent our universe from coming into existence

However, if the strong nuclear force were slightly too strong by the same fraction amount, the protons and neutrons would tend to stick together so much that there would basically only be heavy elements, but no hydrogen at all --If this were the case, then life would also not be possible, because hydrogen is a key element in water and in all life-chemistry.

The Weak Nuclear Force
Our hydrogen-burning Sun consumes its nuclear fuel more than one hundred times more slowly than a pure helium star of comparable mass. A helium star of an appropriate mass wouldn’t last nearly long enough for life to develop. Not that life would ever develop around such a star anyway: it would contain no water or organic compounds, making the formation of life on any timescale impossible. It’s not even clear that stars could form from contracting clouds of gas in a universe of pure helium. Unlike hydrogen, helium does not form molecules, which are the primary means by which dense interstellar clouds cool, and thereby contract to form stars. 2

The weak nuclear force is what controls the rates at which radioactive elements decay. If this force were slightly stronger, the matter would decay into the heavy elements in a relatively short time. However, if it were significantly weaker, all matter would almost totally exist in the form of the lightest elements, especially hydrogen and helium ---there would be (for example) virtually no oxygen, carbon or nitrogen, which are essential for life.

In addition, although heavier elements necessary for life are formed inside giant stars, those elements can only escape the cores of those stars when they explode in supernova explosions, however, such supernova explosions can only occur because the weak nuclear force is exactly the right value. As Professor of astronomy, Paul Davies, describes this situation: "If the weak interaction were slightly weaker, the neutrinos would not be able to exert enough pressure on the outer envelope of the star to cause the supernova explosion. On the other hand, if it were slightly stronger, the neutrinos would be trapped inside the core, and rendered impotent" (My emphasis.) (ref. P.C.W. Davies, The Accidental Universe, London, 1982, p.68.)

THE PROBABILITY: Considering the fine-tuning of the weak nuclear force for both the rate of radioactive decay as well as the precise value required to allow supernova explosions, it is probably conservative to say that it was one chance out of 1000 that the weak nuclear force was at the right strength to permit these processes so that life would be possible.

So, the atom symbol would be well appropriated to be used by proponents of intelligent design - and not atheists.

Fine-tuning of the fundamental forces of the universe
https://reasonandscience.catsboard.com/t1339-fine-tuning-of-the-fundamental-forces-of-the-universe

The Force of Gravity
https://reasonandscience.catsboard.com/t1366-the-force-of-gravity-evidence-of-fine-tuning

A Classic Formula For Pi Has Been Discovered Hidden in Hydrogen Atoms
https://reasonandscience.catsboard.com/t2554-a-classic-formula-for-pi-has-been-discovered-hidden-in-hydrogen-atoms 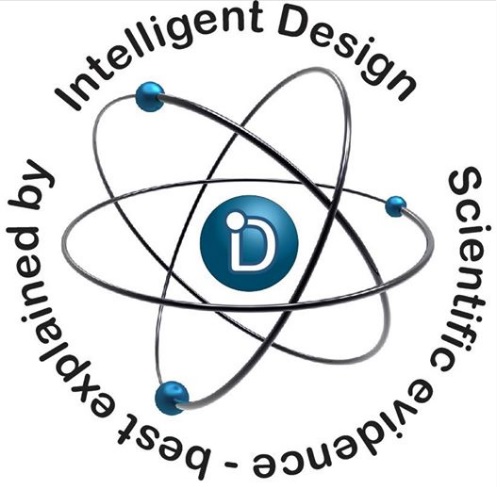 Defending the Christian Worlview, Creationism, and Intelligent Design » Astronomy & Cosmology and God » Quantum and particle physics » The Atom symbol - used by who has good reasons to use it