Defending the Christian Worlview, Creationism, and Intelligent Design » Origin of life » Are factories made by intelligent professionals, or unguided unconscious random processes ?

Are factories made by intelligent professionals, or unguided unconscious random processes ?

Do we need to see architects, engineers, programmers, coordinators, instructors, managers, specialists, regulators, fine-tuners, interpreters etc. in action, building factories,  to conclude a factory was made by intelligent professionals? Or can we conclude design and intelligent setup as the best explanation when we see a factory in operation?

Biological Cells do all above described, but no intelligence to set up all these things is required?

Objection: We have never observed a being of any capacity creating biological systems and life.
Answer: We do not need direct observed empirical evidence to infer design. As anyone who has watched TV's Crime Scene Investigation knows, scientific investigation of a set of data (the data at the scene of a man's death) may lead to the conclusion that the event that produced the data (the death) was not the product of natural causes not an accident, in other words but was the product of an intelligence a perpetrator.
But of course, the data at the crime scene usually can't tell us very much about that intelligence. If the data includes fingerprints or DNA that produces a match when cross-checked against other data fingerprint or DNA banks it might lead to the identification of an individual. But even so, the tools of natural science are useless to determine the I.Q. of the intelligence, the efficiency vs. the emotionalism of the intelligence, or the motive of the intelligence. That data, analyzed by only the tools of natural science, often cannot permit the investigator to construct a theory of why the perpetrator acted.  Sherlock Holmes can use chemistry to figure out that an intelligence a person did the act that killed the victim, even if he can't use chemistry to figure out that the person who did it was Professor Moriarty, or to figure out why Moriarty did the crime.
Same when we observe the natural world. It gives us hints about how it could have been created. We do not need to present the act of creation to infer creationism / Intelligent design.

Question for an atheist. Are you a non-believer because you cannot see, hear or touch God? or is it for other reasons?
If it is because you cannot prove there is a God, I want to propose another question.
But first, try this out.
Say "I love tasty food," but don't actually try to physically make an effort to say it. Use your mind to say it.
Okay, what exactly did you just do and how is it that you can hear yourself so clearly in your own mind. There is an action (you saying the statement) and its existence is clear to you, but to us that sentence that you just said "out loud" in your head doesn't exist to us.
Matter of fact I will ask you, right now, to prove to me that you just said, "I love tasty food," in your head.
Telling me you said that statement isn't showing me evidence as to its existence. Some of you may say, "Hey, well it is dumbass." Ok, I understand how that can be a compelling argument. Now lets consider that I may lie to you and tell you that I did say I love tasty food consciously, but I actually didn't. Well then, the physical act of telling someone you thought something isn't the most viable way of showing evidence as to what you actually thought. Therefore isn't proving anything.
To get to the point, I want to say that there are probably lots of things that don't physically exist in our world, but have an existence. Just because you can't prove something doesn't mean it doesn't exist.
hopefully food for thought. 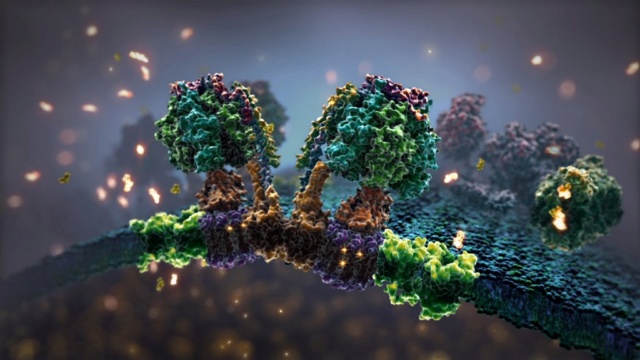 Defending the Christian Worlview, Creationism, and Intelligent Design » Origin of life » Are factories made by intelligent professionals, or unguided unconscious random processes ?