Proteins are the most complex molecules in life and are involved in basically all biochemical processes. Human cells contain 25000 genes, which can produce upon splicing up to over 100,000 different proteins.

Proteins are the end products of the process of transcription and translation that starts with the information stored in the genome.

The function of proteins depends on the right sequence of amino acids, lined up into polypeptide chains of various sizes, ranging from short sequences, like extracellular hemoglobin with 140 amino acids, to monstrously large proteins, like tintin  which is used in sarcomeres, responsible for passive elasticity of striated mu3scles. with lengths that vary from ~27,000 to ~33,000 amino acids (depending on the splice isoform), the largest known protein.

Proteins, in order to become functional, must fold into very specific 3D shapes, which happens right when they come out of the Ribosome, where they are synthesized. Specific protein shape and conformation depends on the interactions between its amino acid side chains. For a protein to function it must fold into a resting state which is a complex three-dimensional structure.  If a protein fails to fold into its functional structure then it is not only without function but it cab become toxic to the cell. As proteins fold, they test a variety of conformations before reaching their final form, which is unique and compact. Folded proteins are stabilized by thousands of noncovalent bonds between amino acids. A relatively small protein of only 100 amino acids can take some 10^100 different configurations. If it tried these shapes at the rate of 100 billion a second, it would take longer than the age of the universe to find the correct one. Just how these molecules do the job in nanoseconds, nobody knows. 3
https://www.technologyreview.com/s/423087/physicists-discover-quantum-law-of-protein-folding/

Nobody knows, but since there was no evolution, to produce the first proteome for the first living cells, there are two options : blind, unguided, random lucky events on early earth, or the creative act of a super intelligent agent.

The 3D shape depends on the chemical forces, the chains are folded into a uniquely defined configuration, in which they are held by hydrogen bonds between the peptide nitrogen and oxygen atoms, which make a large contribution to protein stability, but other forces play an essential role as well, like hydrophobic interactions, disulfide bonds,  Charge-charge interactions on the surface of proteins which are electrostatic interactions,  pure ionic interactions, van der Waals forces, but also the surroundings of proteins, and their milieu. Chemical forces between a protein and its immediate environment contribute to protein shape and stability. 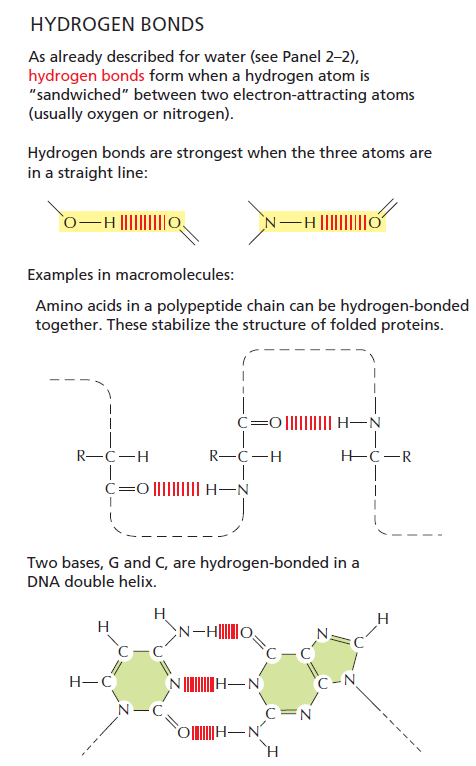 A special note deserve Van der Waals forces and interactions, which origins are ultimately a quantum mechanical. (At least the induced dipole portions: how the electrons move with respect to each other and an external electrical field is driven by quantum mechanics.)  2 Remarkably, quantum transition model fits the folding curves of 15 different proteins and even explains the difference in folding and unfolding rates of the same proteins.  That means, the shape could change by quantum transition, meaning that the protein could ‘jump’ from one shape to another without necessarily forming the shapes in between.    Impressive stuff !! 3

The 20 amino acids used in life are classified in Acidic amino acids, Basic amino acids with net positive charge, polar but uncharged, and nonpolar or hydrophobic amino acids. This variety contributes critically and is important for the processes that drive protein chains to “fold,” that is to form their natural (and functional) structures.

But how could natural processes have foresight, which seems to be absolutely required, to "know" which amino acid sequences would provoke which forces, and how they would fold the protein structure to get functional for specific purposes within the cell ? Let's consider, that in order to have a minimal functional living cell, at least 561 proteins and protein complexes would have to be fully setup, working, and interacting together to confer a functional whole with all life-essential functions :

The problem becomes even more severe when we consider that many, if not most proteins, are governed and build up by primary, secondary, tertiary, and quaternary structures. A quaternary structure refers to two or more polypeptide chains held together by intermolecular interactions to form a multi-subunit complex. And there are proteins, which require co-factors, often made of trace metals, like Iron, molybdenum etc. These cofactors require a pocket of the right size, and binding residues at the right place, and a tunnel where these cofactors can pass through during biosynthesis, to be inserted at the precise location inside the protein.

And there is more:

Molecular Chaperones Help Guide the Folding of Most Proteins
https://reasonandscience.catsboard.com/t1437-chaperones

Most proteins probably do not fold correctly during their synthesis and require a special class of proteins called molecular chaperones to do so. Molecular chaperones are useful for cells because there are many different folding paths available to an unfolded or partially folded protein. Without chaperones, some of these pathways would not lead to the correctly folded (and most stable) form because the protein would become “kinetically trapped” in structures that are off-pathway. Some of these off-pathway configurations would aggregate and be left as irreversible dead ends of nonfunctional (and potentially dangerous) structures. Proteins also require chaperones constantly, after correct folding, to maintain their functional states, which is called proteostasis.

That raises interesting questions: How should and could natural nonintelligent mechanisms forsee the necessity of chaperones in order to get a specific goal and result, that is functional proteins to make living organisms? Nonliving matter has no natural " drive " or purpose or goal to become living. The make of proteins to create life, however, is a multistep process of many parallel acting complex metabolic pathways and production-line like processes to make proteins and other life essential products like lipids, carbohydrates etc. The right folding of proteins is just one of several other essential processes in order to get a functional protein. But a functional protein by its own has no function unless correctly embedded through the right order of assembly at the right place.

Protein folding as an evolutionary process 1
7 December 2008
To provide a description that is consistent with other natural processes, protein folding is formulated from the principle of increasing entropy. It then becomes evident that protein folding is an evolutionary process among many others. During the course of folding protein structural hierarchy builds up in succession by diminishing energy density gradients in the quest for a stationary state determined by surrounding density-in-energy. Evolution toward more probable states, eventually attaining the stationary state, naturally selects steeply ascending paths on the entropy landscape that correspond to steeply descending paths on the free energy landscape.

The problem with this explanation is massive, and actually, untenable, naive, superficial and demanding. This explanation does not take into consideration that the right energy density at the right place must be precisely fine-tuned. Not any kind of energy density, anywhere within the protein structure will do, but on each place on the polypeptide " ladder ", there must be an emanating force from given amino acid, which will interact with the right strenght with an adjacent or nearby amino acid, which emanating force sums up with other forces to confer the right fold. Trial and error, or natural selection, are too unspecific and random to get a result which is functional

3:35
Proteins can’t just assemble themselves into a simple sheet like a membrane. Proteins are how cells do… like, nearly everything. But to do their job correctly, they need to take the proper shape. And that’s harder than it sounds… or it should be. Every protein starts out as a linear strand of amino acids that has to fold into an incredibly specific 3-dimensional shape. And there are trillions of wrong ways you could fold one of these bendy ribbons to end up with a non-working protein. A researcher named Cyrus Levinthal once postulated that if an average protein randomly tried out all of these wrong shapes, it would take more time than life has existed on Earth. We are pretty sure they manage to fold correctly somewhat faster than that. So the question is, how do these proteins consistently not only get it right but do it fast?

Scientists began wondering if protein folding might be able to fast-forward the early steps using entropy. In the 1980s, they proposed something known as the molten globule state. And subsequent studies have provided evidence that this is really happening. The molten globule is an intermediate form similar to the protein’s final 3D shape, in which hydrophobic amino acids essentially fall into a flexible blob at the center of a baby protein -- away from the water.

My comment: That is correct, but why is it so? In order for hydrophobic amino acids to locate at the center or inside, or the pocket of the protein, hydrophobic amino acids must be located in the right position in the polypeptide chain - and that is specified in the genetic code. So the right question is: Where does the information come from, which specifies the right sequence, permitting the hydrophobic amino acids to be in the right place, which promotes the right folding, amongst - as the narrator correctly outlines - trillions of wrong ways you could fold one of these bendy ribbons to end up with a non-working protein? Foresight is necessary. Random chance is not a viable option - too big is the sequence space to get non-functional amino acid arrangements, which will not fold the chain into a useful 3D shape. The narrator conveniently left that explanation out.

The idea behind this model is similar to membrane assembly: If you cram most of the hydrophobic amino acids into the center of a protein, it allows the water molecules to move freely. And even though this means the amino acids are then restricted in how they can move, the net gain of entropy for the water should still be favorable. Since we do see a lot of proteins that keep their hydrophobic regions tucked away, it makes sense that that’s how they start folding.

Most importantly, this would also partly explain how proteins fold so fast. They skipped a bunch of steps by eliminating a bunch of wrong scenarios. At some point in trillions and trillions of years, entropy might be the undoing of life altogether, as everything in the universe becomes completely uniform. But for the last four billion years or so, it’s made life possible, which is a little bit paradoxical, but definitely very cool.

My comment: a little bit paradoxical, but definitely very cool - I would say, the least. In my understanding, this is awe-inspiring evidence that a super-intelligent intellect with foresight knew what amino acids would be functional, and how they had to be sequenced to bear functional 3d folding. Another amazing evidence of Intelligent Design.