Defending the Christian Worldview, Creationism, and Intelligent Design » Astronomy & Cosmology and God » What instantiates and secures the forces that operate in the universe?

What instantiates and secures the forces that operate in the universe?

What instantiates and secures the forces that operate in the universe? Sun Jun 20, 2021 6:30 am

I have recently seen several atheologists attempting to crush the first cause argument. One suggested a cosmos above our universe. When I asked if it was physical, he said, I don't know. I pointed out, that ANY universe proposal that existed prior to ours, being a multiverse, bubble universes, or cyclic universes, has to be physical, in time, changing, and must have had a starting point. This means the cause is just pushed further back, without solving the issue of the cause.

Someone else claimed there was just time. I asked if there was something else. He said no, just time. When I asked how there can be time without change, and without the ability to measure it, rather than answering my question, he asked, why there would be no time without being able to measure it. I replied: Time requires change, and in order to have change, you need something physical, matter, energy, space. It went back and forth, but in the end, my interlocutor was unable to substantiate his claim.
The third claimed that at the beginning was just math. We know that the universe is a mathematical structure. Tegmark propagated that claim that at the bottom of reality, is just math. The problem with this proposal is, that mathematical formulas, and abstract numbers are not in a causal relationship. We only know of minds, which can instantiate change, and implement order based on math, without any physical preconditions, can cause new things to happen.

Not only has there to be an agency to instantiate and cause the universe into existence, but the forces must also be secured, in order there not to be chaos. We know that the fundamental forces do not change across all the universe. That permits the coupling constants to be just right, which hold atoms together.

Jason Waller Cosmological Fine-Tuning Arguments 2020, page 107
Fine-Tuning and Metaphysics
There may also be a number of ways in which our universe is “meta-physically” fine-tuned. Let’s consider three examples: the law-like nature of our universe, the psychophysical laws, and emergent properties. The first surprising metaphysical fact about our universe is that it obeys laws. It is not difficult to coherently describe worlds that are entirely chaotic and have no laws at all. There are an infinite number of such possible worlds. In such worlds, of course, there could be no life because there would be no stability and so no development. Furthermore, we can imagine a universe in which the laws of nature change rapidly every second or so. It is hard to calculate precisely what would happen here (of course), but without stable laws of nature it is hard to imagine how intelligent organic life could evolve. If, for example, opposite electrical charges began to repulse one another from time to time, then atoms would be totally unstable. Similarly, if the effect that matter had on the geometry of space-time changed hourly, then we could plausibly infer that such a world would lack the required consistency for life to flourish. Is it possible to quantify this metaphysical fine-tuning more precisely? Perhaps. Consider the following possibility. ( If we hold to the claim that the universe is 13,7bi years old ) - there have been approximately 10^18 seconds since the Big Bang. So far as we can tell the laws of nature have not changed in all of that time. Nevertheless, it is easy to come up with a huge number of alternative histories where the laws of nature changed radically at time t1 , or time t2 , etc. If we confine ourselves only to a single change and only allow one change per second, then we can easily develop 10^18 alternative metaphysical histories of the universe. Once we add other changes, we get an exponentially larger number. If (as seems very likely) most of those universes are not life-permitting, then we could have a significant case of metaphysical fine-tuning.
https://3lib.net/book/5240658/bd3f0d

In physics, a coupling constant or gauge coupling parameter (or, more simply, a coupling), is a number that determines the strength of the force exerted in an interaction. Originally, the coupling constant related the force acting between two static bodies to the "charges" of the bodies (i.e. the electric charge for electrostatic and the mass for Newton's gravity) divided by the distance squared, {\displaystyle r^{2}}r^{2}, between the bodies. In nuclear physics and particle physics, the strong interaction is one of the four known fundamental interactions, with the others being electromagnetism, weak interaction, and gravitation. At the range of 10−15 m (1 femtometer ), the strong force is approximately 137 times as strong as electromagnetism, 10^6 times as strong as the weak interaction, and 10^38 times as strong as gravitation.

I wrote and heard about the fine-structure constant before. It is expressed in the number 1/137. But I did not really comprehend what it was standing for. With the above observation, and explanation, that is clear now.
In physics, the fine-structure constant α (the Greek letter alpha), is a fundamental physical constant that quantifies the strength of the electromagnetic interaction between elementary charged particles.

PAUL RATNER: Why the number 137 is one of the greatest mysteries in physics   31 October, 2018
Famous physicists like Richard Feynman think 137 holds the answers to the Universe.
Does the Universe around us have a fundamental structure that can be glimpsed through special numbers?

The brilliant physicist Richard Feynman (1918-1988) famously thought so, saying there is a number that all theoretical physicists of worth should "worry about". He called it "one of the greatest damn mysteries of physics: a magic number that comes to us with no understanding by man".

What's special about alpha is that it's regarded as the best example of a pure number, one that doesn't need units. It actually combines three of nature's fundamental constants - the speed of light, the electric charge carried by one electron, and the Planck's constant, as explains physicist and astrobiologist Paul Davies to Cosmos magazine.  Appearing at the intersection of such key areas of physics as relativity, electromagnetism and quantum mechanics is what gives 1/137 its allure.

Physicist Laurence Eaves, a professor at the University of Nottingham,  thinks the number 137 would be the one you'd signal to the aliens to indicate that we have some measure of mastery over our planet and understand quantum mechanics. The aliens would know the number as well, especially if they developed advanced sciences.
The number preoccupied other great physicists as well, including the Nobel Prize winning Wolfgang Pauli (1900-1958) who was obsessed with it his whole life.
"When I die my first question to the Devil will be: What is the meaning of the fine structure constant?" Pauli joked.

Pauli also referred to the fine structure constant during his Nobel lecture on December 13th, 1946 in Stockholm, saying a theory was necessary that would determine the constant's value and "thus explain the atomistic structure of electricity, which is such an essential quality of all atomic sources of electric fields actually occurring in nature."
One use of this curious number is to measure the interaction of charged particles like electrons with electromagnetic fields. Alpha determines how fast an excited atom can emit a photon. It also affects the details of the light emitted by atoms. Scientists have been able to observe a pattern of shifts of light coming from atoms called "fine structure" (giving the constant its name). This "fine structure" has been seen in sunlight and the light coming from other stars.

The constant figures in other situations, making physicists wonder why. Why does nature insist on this number? It has appeared in various calculations in physics since the 1880s, spurring numerous attempts to come up with a Grand Unified Theory that would incorporate the constant since. So far no single explanation took hold. Recent research also introduced the possibility that the constant has actually increased over the last six billion years, even though slightly.

The fact that this constant has changed, even just a bit, is very important. It demonstrates that there is no physical necessity that dictates that these forces MUST stay in that precise relationship. It also means, that there is no natural explanation for its stability and value.

This brings us back to the initial point. What is it, that instantiates and secures these forces, and their relationship, making it possible for our universe to be filled with atoms, chemistry, molecules, and life?

Science has no answer. Here, philosophy comes into play. The options are pure luck ( chance), physical necessity ( which we can discard ), and design. So, Chance, and design.
What makes more sense ?

But then we have a more sophisticated notion of God as maybe a timeless being who is the ground in which the rationality of the universe is rooted and that idea has a lot of Appeal. I think it's really what many physicists even though they may not use the word God actually believed. They believed that the laws of physics are sort of in some sense guaranteed they're Universal and absolute and they're anchored somehow they're not just sort of floating freely but then quite sure what their are ankered in.
https://www.youtube.com/watch?v=cp_7WSVmEZM 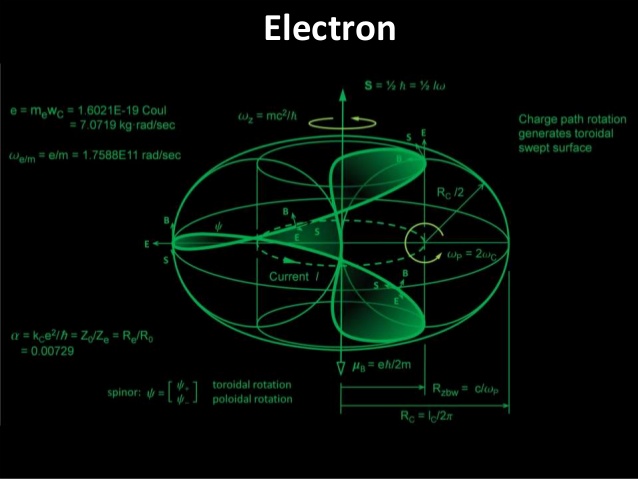 Defending the Christian Worldview, Creationism, and Intelligent Design » Astronomy & Cosmology and God » What instantiates and secures the forces that operate in the universe?