Defending the Christian Worldview, Creationism, and Intelligent Design » Theory of evolution » Social consequences of the Theory of Evolution

Social consequences of the Theory of Evolution


1. The social consequence of the theory of evolution
A much more unfavorable result of Darwinism was Social Darwinism, where the concept of natural selection was applied to the human population to justify racism. While this has now been identified as pseudoscientific and been discredited, it caused immense pain as it was used to justify injustices such as eugenics and the outlawing of interracial marriage. 10
Racism, discrimination, and prejudice can be seen all over today's society. See the recent unrests because of George Floyd's brutal murder. Why? One of the reasons is because racism is based on evolutionary thinking. The consequences of racism on a personal and social level are huge. Social Darwinism provided ideas about "survival of the fittest" in commerce and human societies as a whole and led to claims that social inequality, sexism, racism, and imperialism were justified 8 & 9

2. Evolution leads to atheism
We surveyed 1081 college biology students at one university about their religiosity and evolution acceptance and asked what religious ideas someone would have to reject if that person were to accept evolution. Approximately half of students wrote that a person cannot believe in God/religion and accept evolution, indicating that these students may have atheistic perceptions of evolution.  In study 2, we collected data from 1898 students in eight states in the United States using a closed-ended survey. We found that 56.5% of students perceived that evolution is atheistic even when they were given the option to choose an agnostic perception of evolution. 11
Darwinism’s impact on religion can be summarized by saying that it undermined religious beliefs, and was one of the major influences in encouraging agnosticism. 15

3. Totalitarian regimes basing their ideologies on the Theory of Evolution

Darwinism influenced Communism
The theory of evolution, especially as taught by Darwin, was critically important in the development of modern communism. Many of the central architects of communism, including Stalin, Lenin, Marx and Engels, accepted the worldview portrayed in the book of Genesis until they were introduced to Darwin and other contemporary thinkers, which ultimately resulted in their abandoning that worldview.

Karl Marx wrote a letter to Frederick Engels in which he said:
we are especially grateful to Charles Darwin for opening our way to an evolutionary, dialectical understanding of nature.

Nazism is based on Theosophy. And theosophy has its thoughts from evolution.
The Role of Darwinism in Nazi Racial Thought
By examining Hitler’s ideology, the official biology curriculum, the writings of Nazi anthropologists, and Nazi periodicals, we find that Nazi racial theorists did indeed embrace human and racial evolution. They not only taught that humans had evolved from primates, but they believed the Aryan or Nordic race had evolved to a higher level than other races because of the harsh climatic conditions that influenced natural selection. They also claimed that Darwinism underpinned specific elements of Nazi racial ideology, including racial inequality, the necessity of the racial struggle for existence, and collectivism. 2

Evolution influenced Theosophy
Blavatsky integrated the idea of evolution with the venerable idea of the universal hierarchy of being. Thus stated, the hierarchical principle is no longer rigid; it has become the working principle of a dynamic process involving all levels of being, "a progressive development toward a higher life." 3

Theosophy influenced Nazism
The  Ariosophists, initially active in Vienna before the First World War,  combined german nationalism and racism with occult notions borrowed from the theosophy of Helena Petrovna Blavatsky, in order to prophesy and vindicate a coming era of German world rule. . The Darwinist idea of evolution through struggle was also taken up in order to prove that the superior pure races would prevail over the mixed inferior ones. Racial thinking facilitated the rise of political anti-Semitism, itself so closely linked to the strains of modernization.  5

4. Morality
In the Descent of Man, Darwin describes the process by which morals evolve, just like animal bodies. The Soviet state was an experiment in applied Darwinism.  7
One of the reasons why people prefer a naturalistic worldview justified through evolution over one where there is a God is that anything goes. If naturalism is true, people can think they are free and can and can do what they want with their lives and pursue their personal preferences.  and there is no consequence as long as you don't get caught. No sin, no God to worry about.

For Darwin, morality  evolved from “social qualities” acquired “through natural selection, aided by inherited habit.” Just as life came from the nonliving, so also the moral came from the nonmoral. 1

Jeffrey Dahmer:
If a person doesn’t think there is a God to be accountable to, then—then what's the point of trying to modify your behavior to keep it within acceptable ranges?,”  "That's how I thought anyway. I always believed the theory of evolution as truth, that we all just came from the slime. When we, when we died, you know, that was it, there is nothing.”

The problem is not only that this isn't true. The real consequence of a worldview without God is hopelessness, destructive behavior, racism, religious hatred and self serving and selfish living which bring loneliness, unhappiness, depression, mental disease and suicidal tendencies. This lifestyle brings relational hurts and all in all a miserable life.

5. How Evolution was used to Support Scientific Racism
Race is not a biological concept. It is merely a social construction that was established in order to justify the subordination and subjugation that aligned with imperialist policies. . Scientific principles, such as social Darwinism, the eugenics movement, and the creation of intelligence testing were utilized to support racist beliefs in a time when rapidly advancing scientific knowledge was regarded as prestigious, truthful, and irrefutable.  12
Darwin demonstrated how he believed evolution shaped man in his subsequent book The Descent of Man. In it, he theorized that man, having evolved from apes, had continued evolving as various races, with some races more developed than others. Darwin classified his own white race as more advanced than those “lower organisms” such as pygmies, and he called different people groups “savage,” “low,” and “degraded.” 13

6. Evolution & Eugenics
The word "eugenics" was coined in 1883 by the English scientist Francis Galton, a cousin of Charles Darwin, to promote the ideal of perfecting the human race by, as he put it, getting rid of its "undesirables" while multiplying its "desirables" -- that is, by encouraging the procreation of the social Darwinian fit and discouraging that of the unfit. 14

What good has the Christian faith brought to us
https://reasonandscience.catsboard.com/t1452-what-good-has-the-christian-faith-brought-to-us

Christian thought presupposes that God made the created world ready, and very good, did fall through the disobedience of Adam and Eve and requires the redeeming power of the creator to return to a state of goodness, and, yes, even perfection: A state of harmony, happiness ( heaven), an eternal Creator/creature dependency. Man is impotent to improve himself, lost in his sinful nature, and impotent, without redemptive power ( Romans 3). Like black and white, the opposite thought is that man can explain his existence without referencing God, his origin and existence is autonomous, and naturalistic reductionism suffices to explains our emergence and existence.   in a direction of self-improvement from a lower state of being, self-organization, gradually, goes from the simple to the complex. from atoms to subatomic particles, atoms, molecules, organelles, cells, tissues, organs, organ systems, organisms, and biosphere 4
Evolutionary thought can be observed as well in man giving meaning to his existence autonomously, referencing the evolution of moral values by social consensus, and self-improvement. World religions base their theological concepts always in the capacity of man of self-redemption. They promote the idea of reincarnation, where man in several life-cycles arrives at nirvana. Other religions like Catholicism, Muslims, etc. teach that man has to improve himself and work progressively to evolve a higher moral standard in order to be accepted by God. These ideas are basically in opposition, and diametrically contrary to Biblical thought of mans dependence on grace, and salvation by faith.

Presuppositionalism
https://reasonandscience.catsboard.com/t3116-presuppositionalism
Naturalism cannot ground fundamentally anything. That is: 1. Existence itself 2. The meaning of life  3. The value of human life 4. Moral values 5. Knowing what is objectively ( ontologically) true in regards to reality
6. Sound reasoning 7. Logic 8. Intelligibility 9. His mind and consciousness 10. Uniformity in nature.

To be forgiven by God and given a new life worth living brings, peace of mind and a new beginning.

Meaning and purpose of life
https://reasonandscience.catsboard.com/t1903-meaning-of-life

Why do positive, active, strong militant atheists or weak atheists/agnostics promote their views with such fervour and time spending?
https://reasonandscience.catsboard.com/t2379-why-do-postive-active-strong-militant-atheists-promote-naturalism-with-such-fervor-and-time-spending 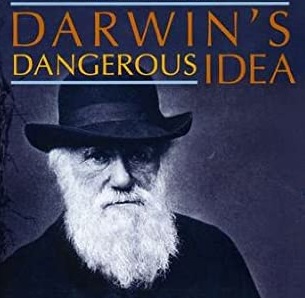 Defending the Christian Worldview, Creationism, and Intelligent Design » Theory of evolution » Social consequences of the Theory of Evolution