Lipid Membranes on a prebiotic earth

Problems of prebiotic cell membrane synthesis
1. There is no evidence that simple amphiphiles were available in the prebiotic inventory. Furthermore, sources of compounds with hydrocarbon chains sufficiently long to form stable membranes are still uncertain.
2. There was no mechanism where organic compounds would have been transported and concentrated to the pools and construction site.
3. There is no solution to membranous vesicles could have self-assembled to form complex mixtures of organic compounds and ionic solutes.
4. There was no prebiotic route of lipid compositions that could provide a membrane barrier sufficient to maintain proton gradients. Proton gradients are absolutely necessary for the generation of energy.
5. A lipid membrane would be useless without membrane proteins but how could membrane proteins have emerged or evolved in the absence of functional membranes?
6. Hydrocarbon chains must be in the range of 14 to 18 carbons in length.  There was no physical necessity to form carbon chains of the right length nor hindrance to join chains of varying lengths. So they could have been existing of any size on the early earth. Also, there was no "urge" for prebiotic compounds to add unsaturated cis double bonds near the center of the chain.
7.  There is no feasible route of prebiotic phospholipid synthesis, to the complex metabolic phospholipid and fatty acid synthesis pathways perform incorporate multiple enzyme-catalyzed steps which had to be fully operational at LUCA.
8. There was no urge to attach two fatty acids to glycerol by ester or ether bonds rather than just one, necessary for the cell membrane stability.
9. Biological membranes are not composed of pure phospholipids, but instead are mixtures of several phospholipid species, often with a sterol admixture such as cholesterol. There is no feasible prebiotic mechanism to join the right mixtures.
10. The essential characteristic of living cells is homeostasis, the ability to maintain a steady and more-or-less constant chemical balance in a changing environment.  The first forms of life required an effective Ca2+ homeostatic system, which maintained intracellular Ca2+ at comfortably low concentrations—somewhere  ∼10,000–20,000 times lower than that in the extracellular milieu. There was no mechanism to generate this gradient.
11. There is no trajectory known from supposedly simple vesicles on early earth, to the ultracomplex membrane synthesis in modern cells, which would have to be extant in the last universal common ancestor, hosting at least over 70 enzymes.

Most Organelles Cannot Be Constructed De Novo: They Require Information in the Organelle Itself
Cell membranes only come from cell membranes. A cell cannot produce the cell membrane de novo from scratch. It inherits it. Daughter cell membranes come only from mother cell membranes.
When a cell reproduces by division, it has to duplicate its organelles, in addition to its chromosomes. In general, cells do this by incorporating new molecules into the existing organelles, thereby enlarging them; the enlarged organelles then divide and are distributed to the two daughter cells. Thus, each daughter cell inherits a complete set of specialized cell membranes from its mother. This inheritance is essential because a cell could not make such membranes from scratch. If the endoplasmic reticulum ER were completely removed from a cell, for example, the cell could not reconstruct it. The membrane proteins that define the ER and perform many of its functions are themselves products of the ER. A new ER could not be made without an existing ER or, at least, a membrane that specifically contains the protein translocators required to import selected proteins into the ER from the cytosol (including the ER-specific translocators themselves). The same is true for mitochondria and plastids. Thus, the information required to construct an organelle does not reside exclusively in the DNA that specifies the organelle’s proteins. Information in the form of at least one distinct protein that preexists in the organelle membrane is also required, and this information is passed from parent cell to daughter cells in the form of the organelle itself. Such information is essential for the propagation of the cell’s compartmental organization, just as the information in DNA is essential for the propagation of the cell’s nucleotide and amino acid sequences. the ER buds off a constant stream of transport vesicles that incorporate only a subset of ER proteins and therefore have a composition different from the ER itself. Similarly, the plasma membrane constantly buds off various types of specialized endocytic vesicles. Thus, some organelles can form from other organelles and do not have to be inherited at cell division.
In order for life to start, there would necessarily be a pre-existing source of amphihilic compounds capable of assembling into membranous compartments. 1  Evidence indicates that Membrane assembly occurs most readily in freshwater pools rather than marine environment. Amphiphilic molecules  ( are chemical compounds possessing both hydrophilic (water-loving, polar) and lipophilic (fat-loving) properties ) compose the membranes of contemporary cells.  These properties constrain the conditions required for supposed self-assembly of membranes from organic compounds available in the environment before life began. An amphiphile is defined as a molecule having both a non-polar hydrocarbon moiety and a polar head group. The simplest amphiphiles are fatty acids having a single hydrocarbon chain and a carboxylic acid head group.


A membrane transport mechanism was required to provide access to external sources of nutrients.

My comment: This constitutes another impenetrable barrier of origin of life research. Even in the simplest cells, the membrane is a biological device of a staggering complexity that carries diverse protein complexes mediating energy-dependent – and tightly regulated - import and export of metabolites and polymers. Hence a chicken and egg paradox: a lipid membrane would be useless without membrane proteins but how could membrane proteins have evolved in the absence of functional membranes?

The function of membranes as a container is essential to life, but after primitive cells emerged on the early Earth the membranous boundary soon evolved equally important functions that are essential to all life today.

My comment: This is evolutionary storytelling. There is no evidence, that more primitive import channels would be equally useful to permit the import and export of metabolites and polymers.

The amphiphiles of membranes today are primarily a mixture of phospholipids and sterols.  The presence of two hydrocarbon chains allows phospholipids to assemble into bilayers even at extremely low concentrations in the micromolar range. In contrast, single-chain lipids such as fatty acids require millimolar concentrations to assemble into bilayers. The third carbon of glycerol in a phospholipid molecule has an ester bond to a phosphate which in turn has any of several hydrophilic groups linked to it, such as choline, ethanolamine, serine or glycerol.

For stability in an aqueous cytosol of a living cell, the hydrocarbon chains must be in the range of 14 to 18 carbons in length. However, saturated hydrocarbon chains that long would “freeze” into gels at ordinary temperature ranges, so metabolic pathways have evolved that add unsaturated cis double bonds near the center of the chain.

My comment: It is evident that the author smuggles evolution into the picture when there is no justification to do so since we are talking about the origin of life scenarios, where evolution was not at play. How would unguided, random coincidental events " discover ", or " find out", that, in order to get stability in an aqueous cytosol of a living cell, the hydrocarbon chains must be in the range of 14 to 18 carbons in length? Random trial and error? There was no physical necessity to form carbon chains of the right length nor hindrance to join chains of varying lengths. So they could have been existing of any size on the early earth. Also, there was no "urge" for prebiotic compounds to add unsaturated cis double bonds near the center of the chain. Both, the right functional size, and unsaturated cis double bonds near the center of the chain are best explained by the planning agency of an intelligent designer with foresight, and intent.

We can now summarize the properties of amphiphilic molecules that compose biological membranes.

Phosphate is a primary anionic component of most membrane lipids.
Two fatty acids are attached to a glycerol by ester or ether bonds.
The hydrocarbon chains must be in a fluid state at temperatures ranging from 0 to 100 °C depending on the organism’s environment.
The hydrocarbon chain lengths must be sufficiently long to be stable as bilayers, and also to maintain a permeability barrier to ionic and polar solutes.  Typical chain lengths of eukaryotic membrane phospholipids are in the range of 16 to 18 carbons.
Biological membranes are not composed of pure phospholipids, but instead are mixtures of several phospholipid species, often with a sterol admixture such as cholesterol.
The anionic groups of phospholipids and amino acids strongly interact with divalent cations, particularly calcium (Ca2+), so living cells exclude calcium by active outward transport.
Protons also interact with carboxylate, phosphate and amine groups on lipids and proteins. The protonation state strongly affects lipid properties, so cells maintain intracellular pH near neutrality (pH ~7) by actively pumping protons across their membranes.

Is it possible that amphiphilic molecules resembling contemporary lipids were available for the first forms of cellular life? This seems unlikely because phospholipids and sterols are products of complex and highly evolved metabolic pathways that incorporate multiple enzyme-catalyzed steps. It is more plausible that the first membranes assembled spontaneously from simpler amphiphilic compounds that were available in the prebiotic environment.

My comment: Once again, the author smuggles evolutionary thinking to where it does not belong. These complex metabolic pathways that incorporate multiple enzyme-catalyzed steps had to be fully operational at LUCA. So they had to emerge prior evolution could have supposedly kicked in. Another considerable problem is the source of the organic compounds required to form the first lipid membranes. It is claimed that organic compounds can be synthesized by chemical processes in the absence of life. But even IF that were true, there would still lack some sort of concentrating process that would be required for life to begin.

It is essential for internal systems of functional polymers to have access to external supplies of nutrients and energy. From what we know of contemporary cellular life, there are multiple ways to solve this problem ranging from passive diffusion down concentration gradients to energy-dependent transport by specialized enzymes embedded in the membrane.

Vesicles bounded by lipid bilayer membranes respond to osmotic pressure generated by concentration gradients. Osmotic effects cause two potential problems for early cellular life. High concentrations of osmotically active salts inhibit the ability of membranous vesicles to form because the internal volume cannot increase unless the membrane is sufficiently permeable for the salt to equilibrate between the internal and external phases. The other problem occurs if the external medium becomes diluted. As a result, the compartment swells as water diffuses inward across the boundary membrane and may even burst, releasing the internal contents.

My comment: There was no process by which the earliest forms of life would have been able to overcome such damage in order to emerge out of a complex mixture of organic and inorganic solutes. 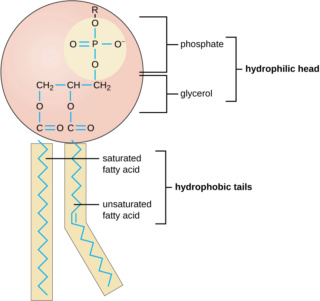 Behe is basing this assessment on the fact that the lipid bilayer that comprises the plasma membrane can be generated artificially by mixing the right lipids under the right conditions. But Behe knows as well as I do that each of those cellular lipids is the consequence of complex multi-component biochemical pathways. And of course the plasma membrane itself in situ is an incredibly complex entity, with hundreds of proteins floating in the bilayer regulating cell-cell interactions and the cell’s interior milieu.
http://www.bethinking.org/science-christianity/advanced/designs-on-science.htm