The REAL mechanisms of organismal complexity: the Gene regulatory network

The REAL mechanisms of organismal complexity: the Gene regulatory network Wed Nov 13, 2019 7:59 am 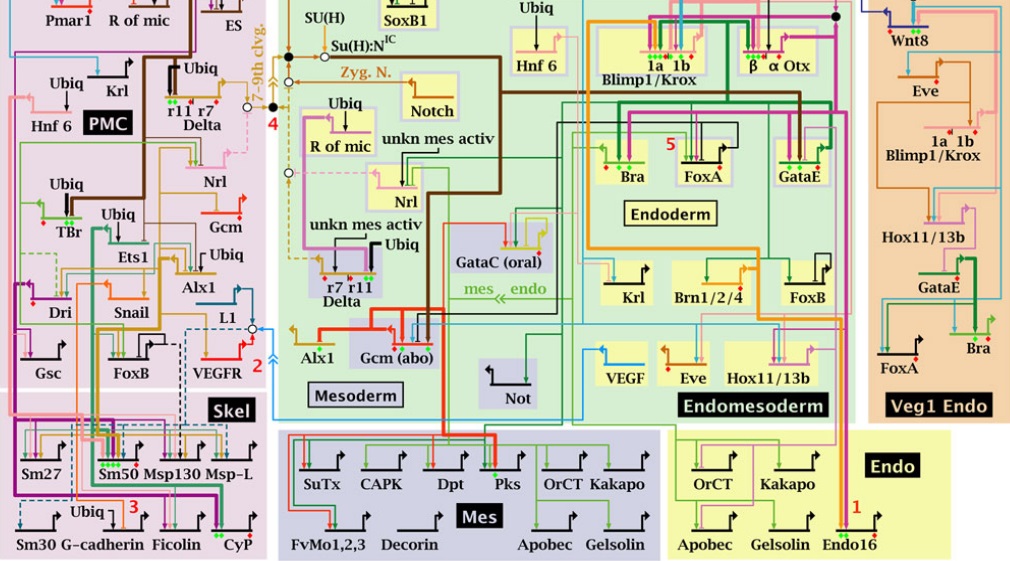 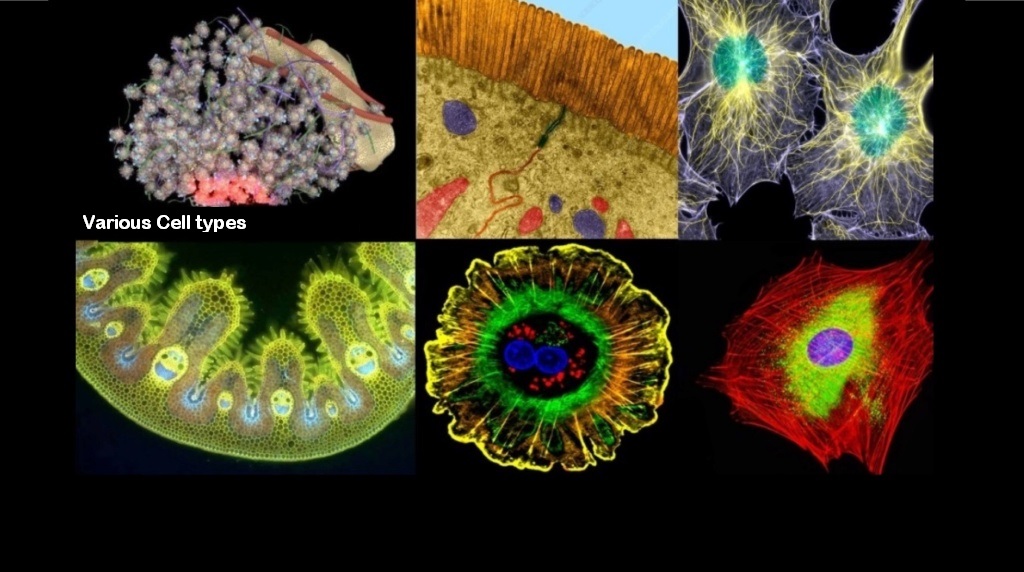 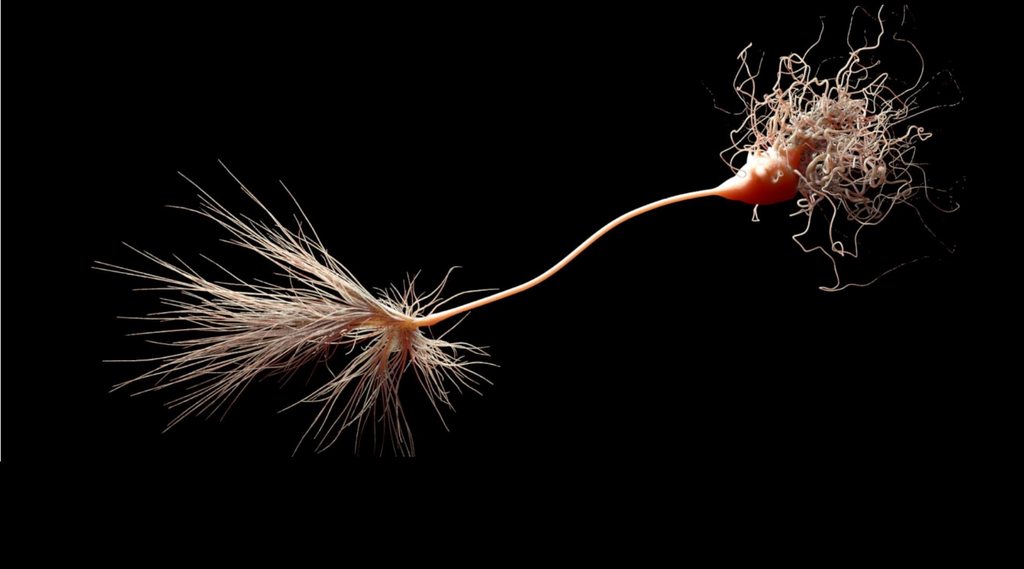 If we compare a mammalian neuron with a liver cell, for example, 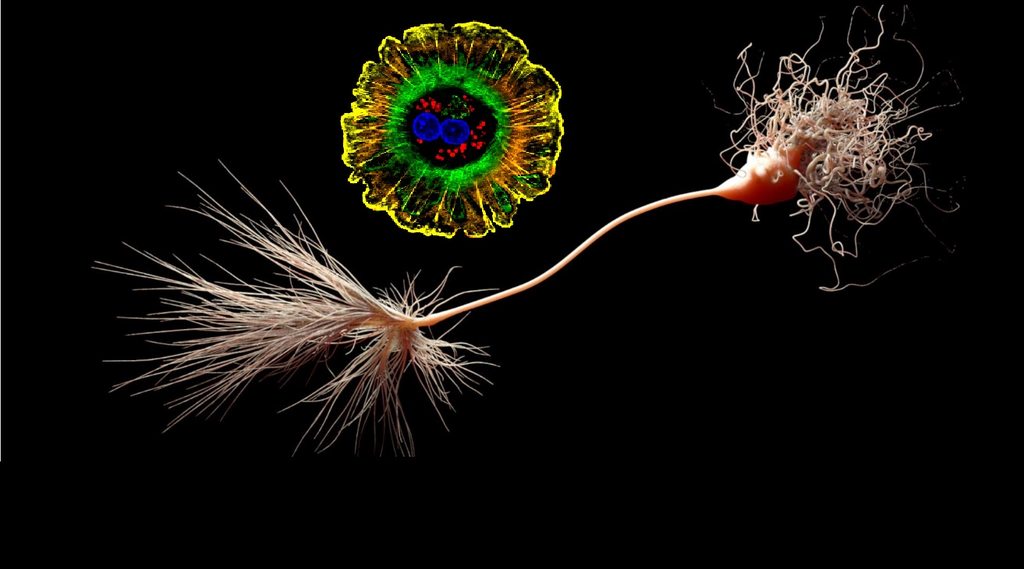 the differences are so extreme that it is difficult to imagine that the two cells contain the same genome. 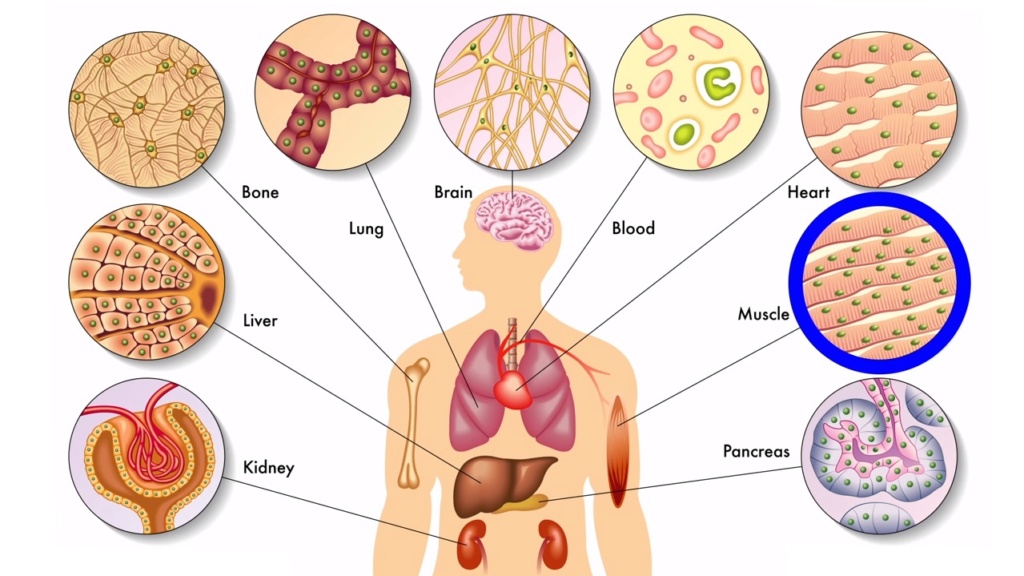 In the human body, there are about 200 different cells. From kidney cells to neurons, blood cells, bone cells and so on.  The development of multicellular organisms composed of different cell types requires mechanisms for turning gene expression on and off in specific cells at particular times during development. 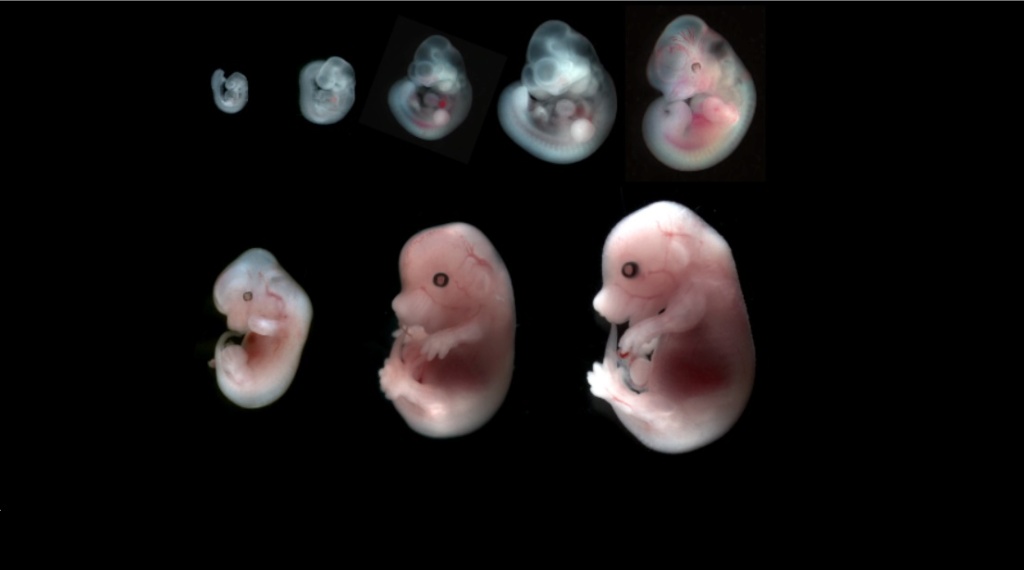 The development of an organism — from a fertilized egg, through embryonic and juvenile stages, to adulthood — requires the coordinated expression of sets of genes at the proper times and in the proper places. A hierarchically structured development program is responsible for controlling and directing the formation and patterning of the developing embryo, axes, organs, and other major features. 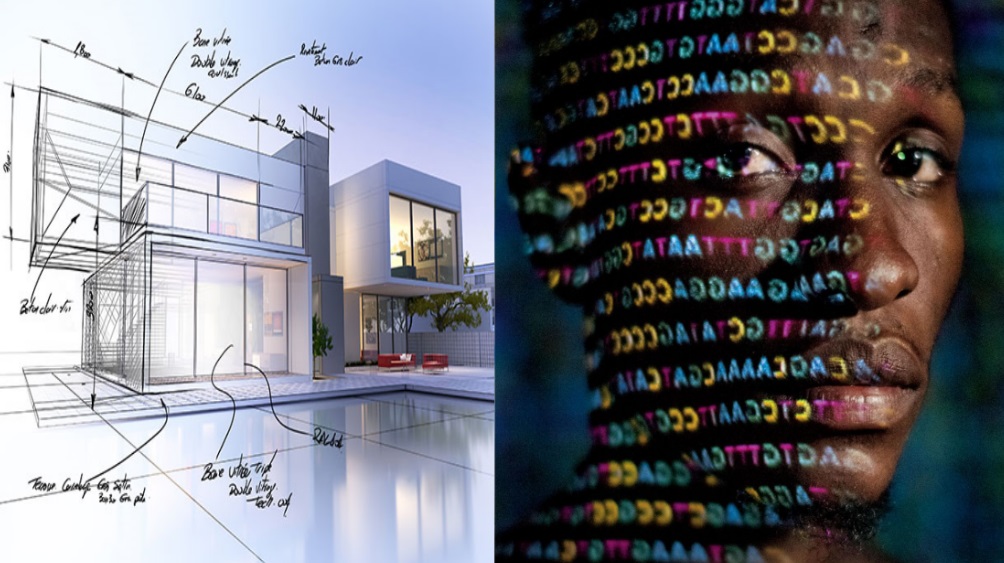 A blueprint is the instruction manual to make for example a mansion. An architect draws the project, informs all sizes, materials etc, and upon that blueprint, the house is built. DNA is a molecule, equal to a computer hard disc, storing a blueprint. The instructional information to make an organism. You, for example. 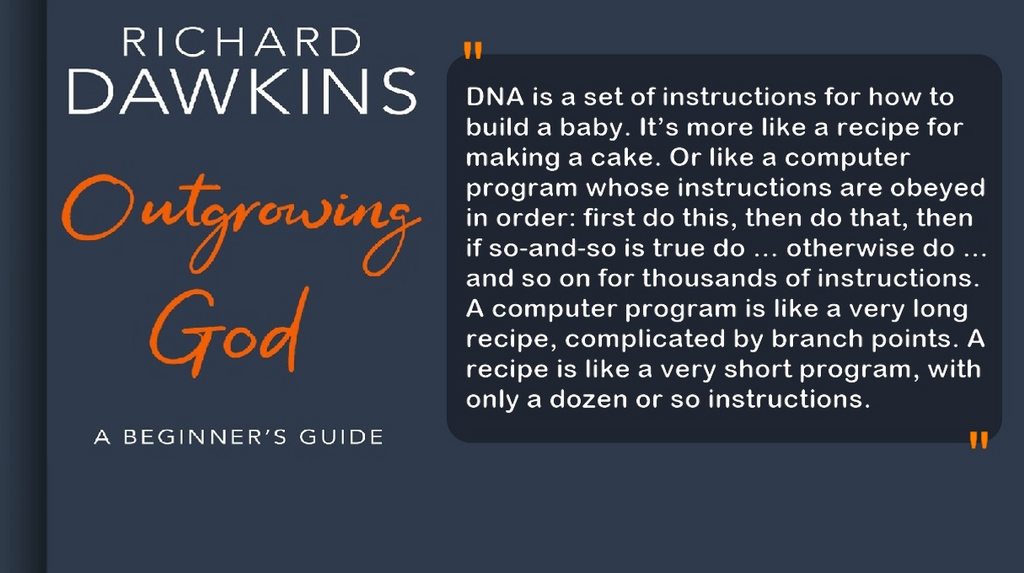 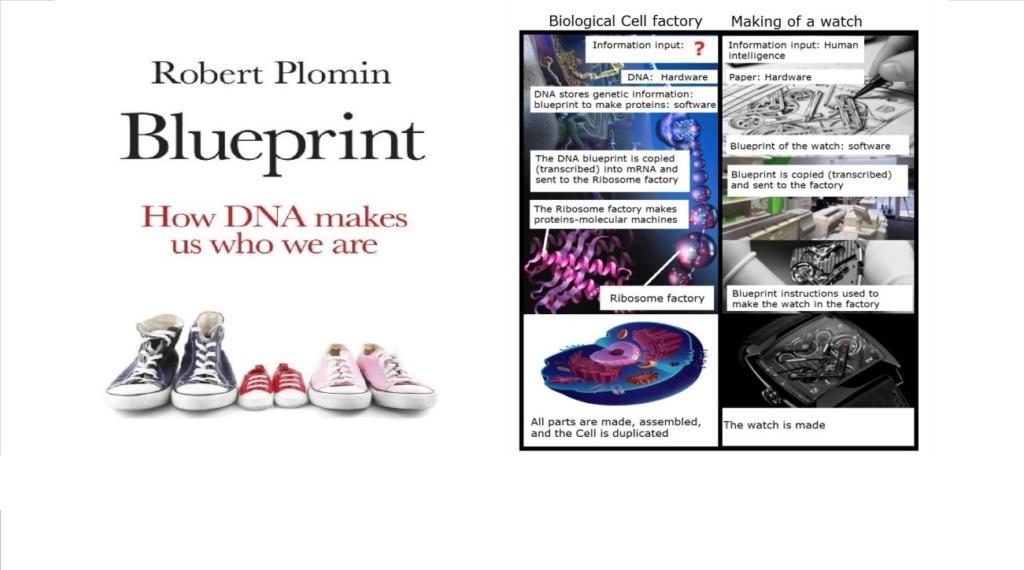 Genes are equal to a blueprint or an instruction manual. They encode or instruct how to make proteins and proteins dictate and control cell function. 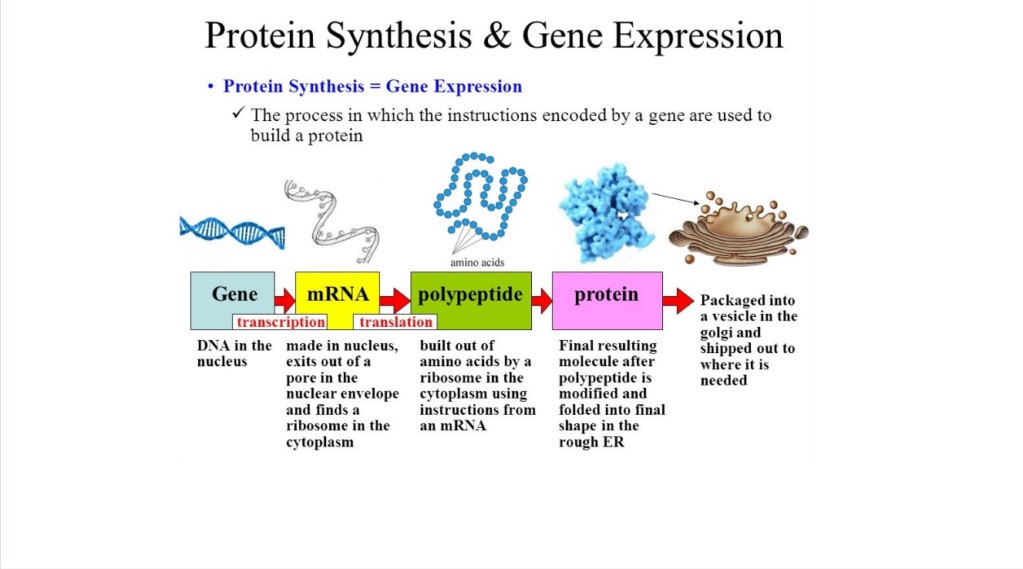 The genetic sequence of made of nucleotides is transcribed into messenger RNA, and the ribosome translates the RNA information into a sequence of amino acids, which form a polypeptide chain, which, once completed folds into 3D form. 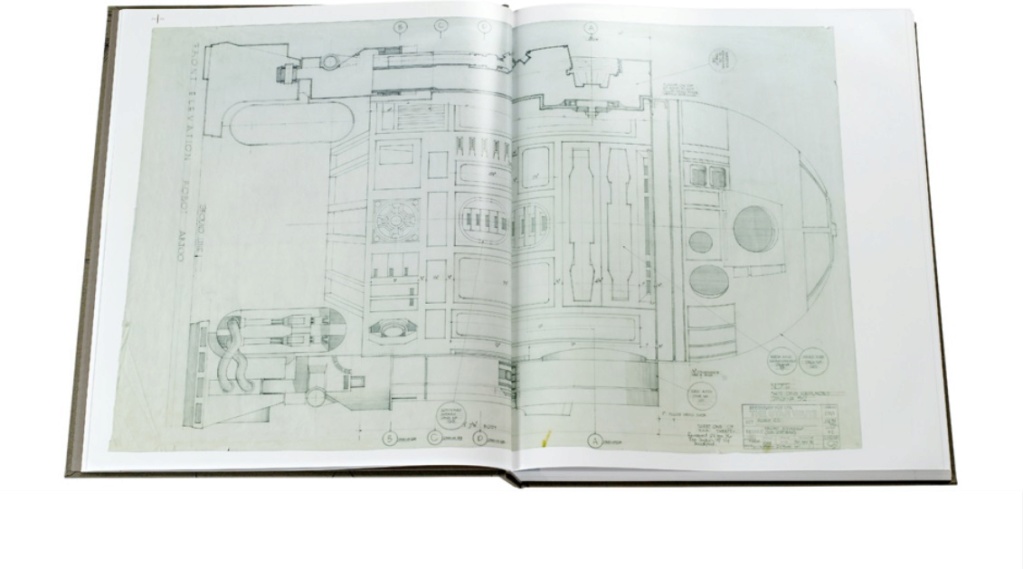 We can compare a gene to a book, containing the instruction manual to make a protein, a specific molecular machine. 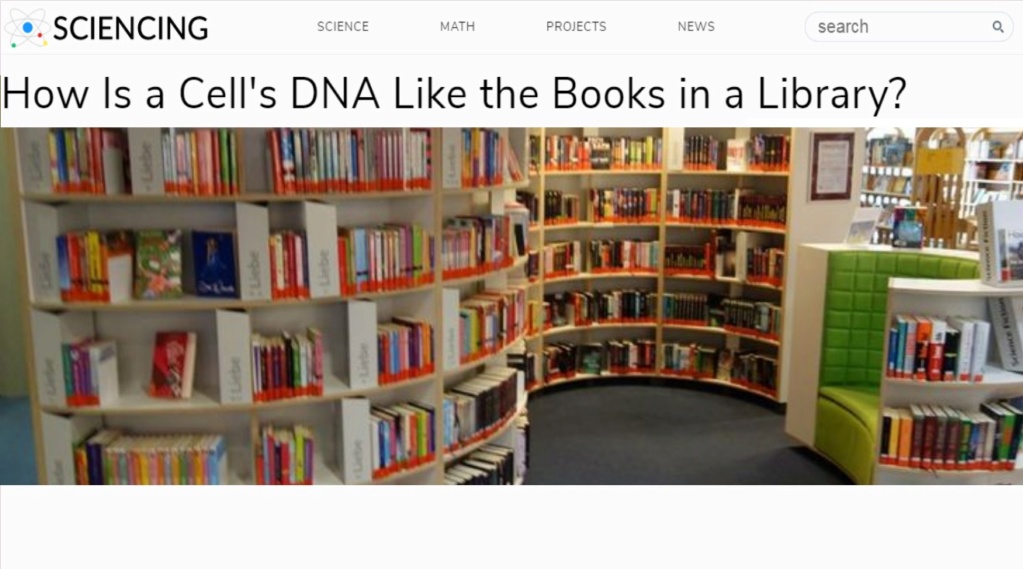 While each book contains the instructions to make just one or a few proteins which are eventually complementary, forming a chemical production line, the genome can be compared to a library, full of books, each with different instructions to make different molecular machines, which in its entirety form a factory, the biological Cell.

The human genome contains about 20000 genes, which can be compared to 20000 books in a library. 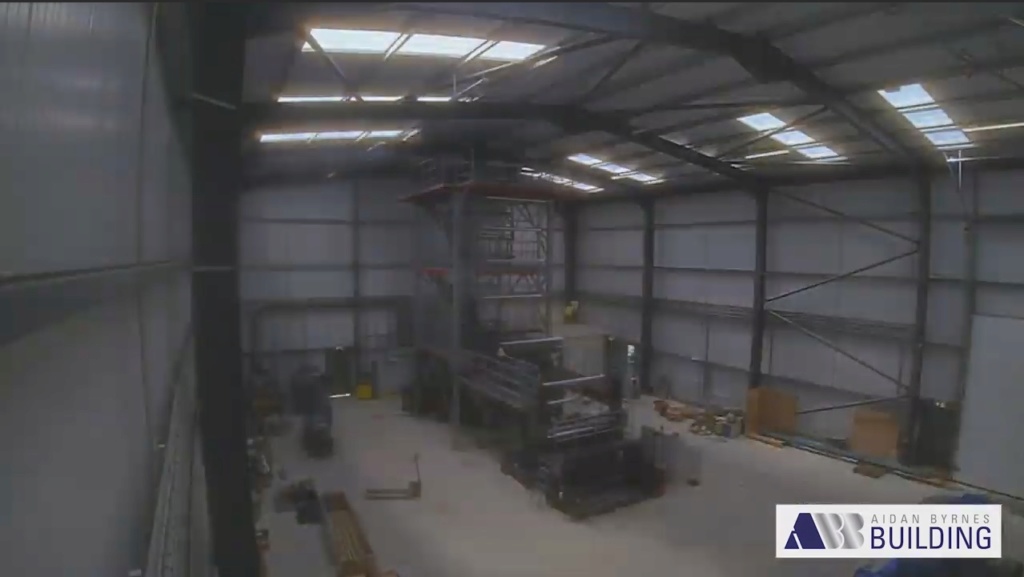 A factory must be built in the right sequence and order. First the protecting walls, then the compartments, then the production lines, the machines must be placed right and interconnected and so forth. The workers follow the precise pre-established instructions from the engineers who conceptualized the factory.

That information must be pre-existent before starting the construction process. Analogously, the instructions to build a living cell must be fully extant, stored in the genome. But the genome is just a storage device, like a library full of books that can't do anything on its own.

It has to be known where the books are stored, and when they have to be taken out from the library, copied and the copy sent to the factory workers, and once the information has been extracted from the book, it has to be stored again in the shelf at the right place in order to be found again, and the process repeated with all books until all information has been provided. 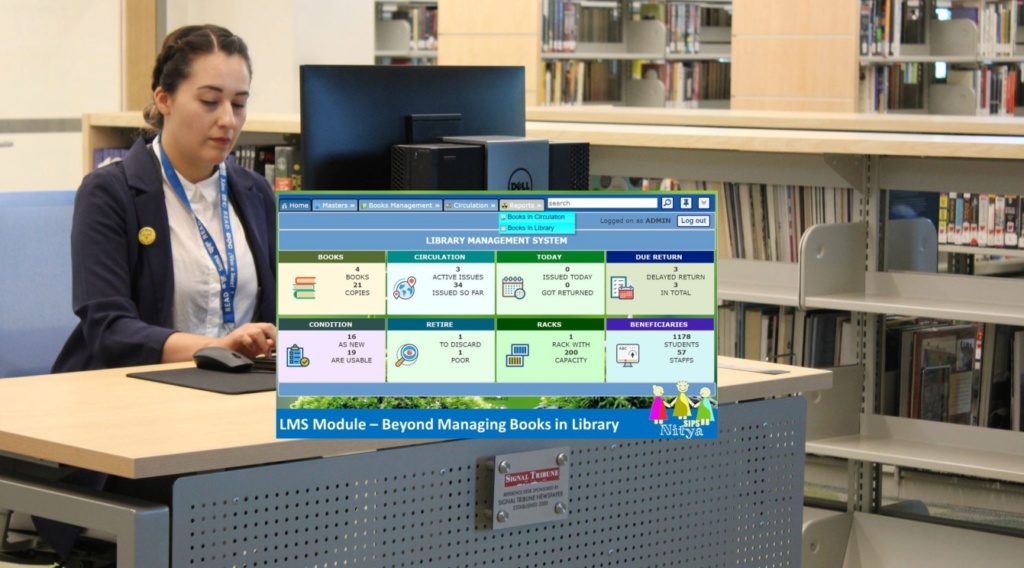 Every library has a book index system that permits to find any book or other information mediums like newspapers, manuscripts, films,  documents, DVDs, quickly. It permits to know the direction to go to the right shelf, and immediately find the book.

Let's suppose there would be a company, that intends to produce very complex products, which require an entire library to store the information, required to produce the products. But everything would have to be invented from scratch, starting even with the language and codes permitting the storage, transmission, and retrieval of information.

Following would be necessary:
1. Inventing languages and codes, and writing books and software programs
2. Creating a library
3. Disposal of information contained in books
4. Using the books of the library containing blueprints  to produce machines, and finally, a factory

The above process is based and requires intelligence to implement various informational systems which are based on hardware and software:

Inventing languages and codes, writing books and software programs, and its distribution requires:
1. The invention of a language, and an alphabet or software program code using symbols to convey and produce codified information
2. Inventing the storage medium, paper, ink, hard disks, DVD's, etc.
3. This permits Intelligent minds to record, store, transmit and retrieve created and invented information.
4. Engineers need to know how to invent a factory that prints books or produces computer hardware and hard disks.
5. Employees of a publishing company need to learn and know how to use printing machines, factories that make CD's, invent and create a distribution network, and then know how to distribute the books or other mediums containing information.

Creating a library requires:
1. To decide the target public, topics of the books and which language. The library of Harvard Business school will dispose of books academic educational books in English, while Tokyo's Library of Children's Literature Children books in Japanese.
2. To know how to invent the organization and order of the physical library space, the line-up of the shelves and tagging them, and so the books so that each can be found.
3. Software engineers know how to invent software languages and programs which can be used to create a library index program and then create the program.
4. Librarians that learn how to operate the index software program, and use it to organize and provide the input, store the information of where to find each book.

Dispose of books in a library requires:
1. know how to use the library software program, searching for book titles, finding the index of each book, the tag of each shelf, and knowing the tag of the books.
2. to know the physical location of the shelf and the location of the book on the shelf, how to go and take the book from the shelf.
3. Now, one is able to extract the book's information.
4. Afterward, the book can be returned to the library.

Using the books of the library, containing blueprints, to produce machines, and finally, a factory
1. The instructional information of the book is transcribed, copied, and transmitted to a translator
2. The information is translated into another language, and simultaneously, upon that translated information, the subunit of a complex machine is built.
3. The subunit, once made, is error-checked and in case of errors, destroyed, then tagged, and transported to its final assembly destination.
4. The process is repeated until all subunits are made, transported to the final destination for final assembly.
5. All subunits are assembled by other machines into a functional machine.
6. The completed machine is interconnected with other machines to form an assembly line, and starting its operation in a factory, producing things of higher complexity.

as a comparison, and analogously, the cell has to perform the same action, orchestrating gene expression, through the gene regulatory network.  But before that can occur, the invention of the following is required:

The interplay of genes with the gene regulatory network (dGRN) permits:
1. the dGRN to orchestrate organismal development by expressing the genes at the right time, transcription factors to bind at the right place
2. recognize the sequences of the gene, where to bind.
3. the transcription of the genetic information into messenger RNA (mRNA)
4. Replicate the DNA molecule


Using genetic information, containing instructional information to produce molecular machines, and finally, cell factories:
1. The instructional information stored in DNA is transcribed by RNA polymerase machines,   transmitted through messenger RNA,  and translated  by the ribosome
2. The product of the ribosome is polymerization of amino acids to make protein molecular machines
3. When the amino acids strings leave the Ribosome factory, error checking is performed and in case of errors, the product is recycled, or the protein is tagged and transported to its final destination.
4. The process is repeated until all subunits are made, transported to the final destination for final assembly.
5. All subunits are assembled by other protein machines into a functional machine.
6. The completed protein molecular machine is interconnected with other protein molecular machines to form assembly lines, and starting its operation in the cell factory, producing self replication, and the perpetuation of life. 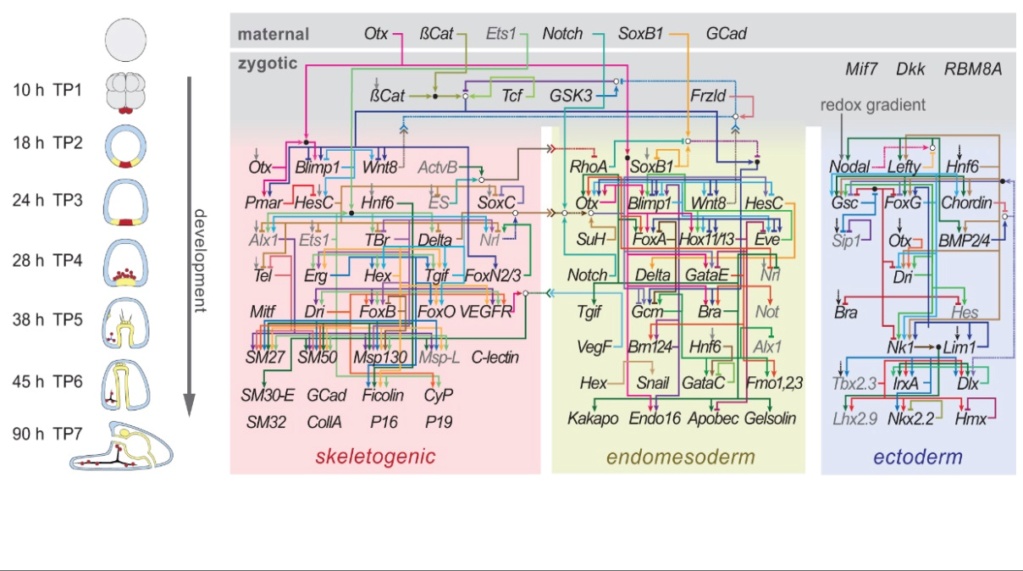 The genome of an organism contains the instructions to make all different cells, Cell differentiation is driven by developmental gene regulatory networks. The expression of either a neuron cell or liver cell can be regulated at many of the steps in the pathway from DNA to RNA to Protein. 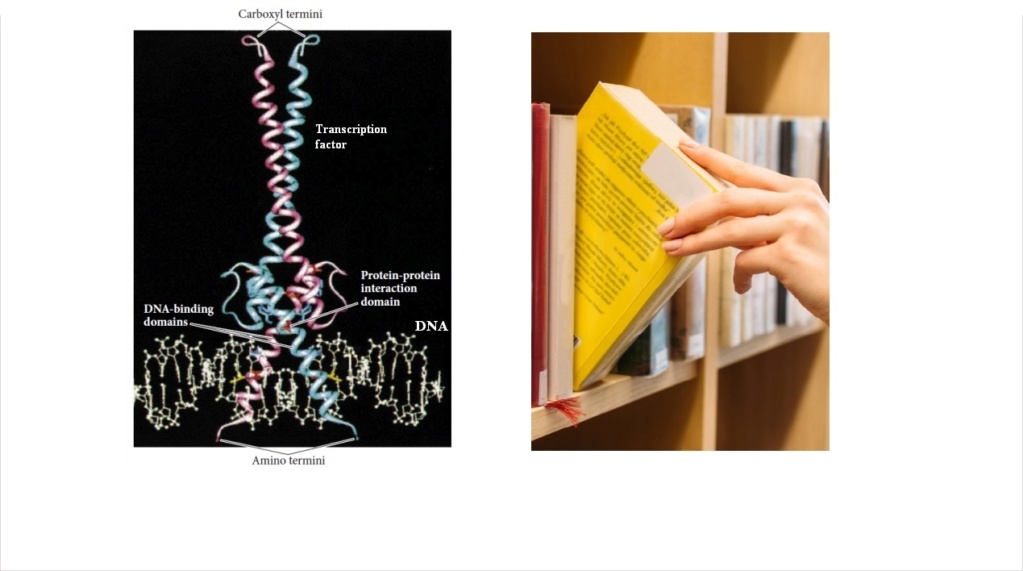 A librarian, informed by the customer what book he wants to borrow, will be able to recognize the book in the shelf of the library based on the title or tag on the book cover, take the book off the shelf and borrow it to the customer.

Analogously, cells need to direct and orchestrate when a particular gene has to be transcribed. To recognize the right gene,  a chromosome has promoters or cis-regulatory elements nearby of the gene that has to be expressed and transcription factor proteins are able to recognize and bind to them. That, as a consequence, will recruit the RNA polymerase machine, transcribing the gene. 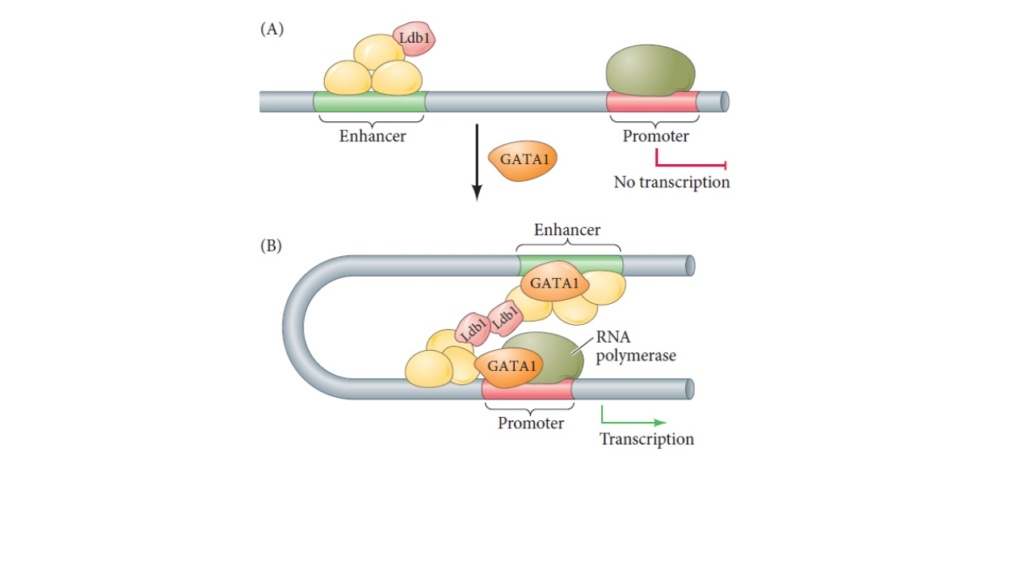 Transcription factor proteins ( in the picturer, named GATA1) after recognition of the promoter region, bind to it.  It is most commonly located near to the actual coding region.


The outside of the double helix is studded with DNA sequence information that transcription regulators recognize: the edge of each base pair presents a distinctive pattern of hydrogen-bond donors, hydrogen-bond acceptors, and hydrophobic patches in both the major and minor grooves. The 20 or so contacts that are typically formed at the protein–DNA interface add together to ensure that the interaction is both highly specific and very strong. 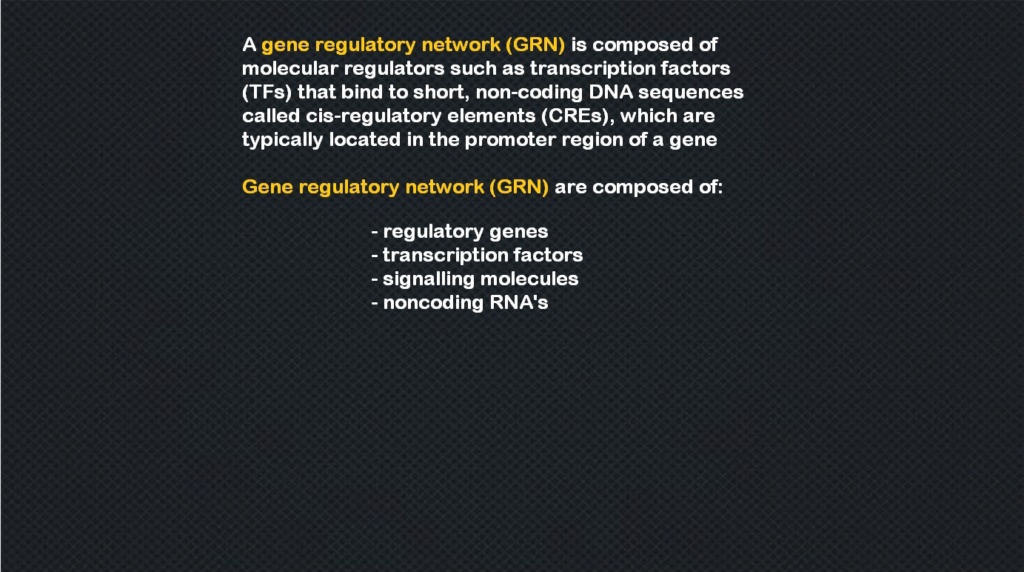 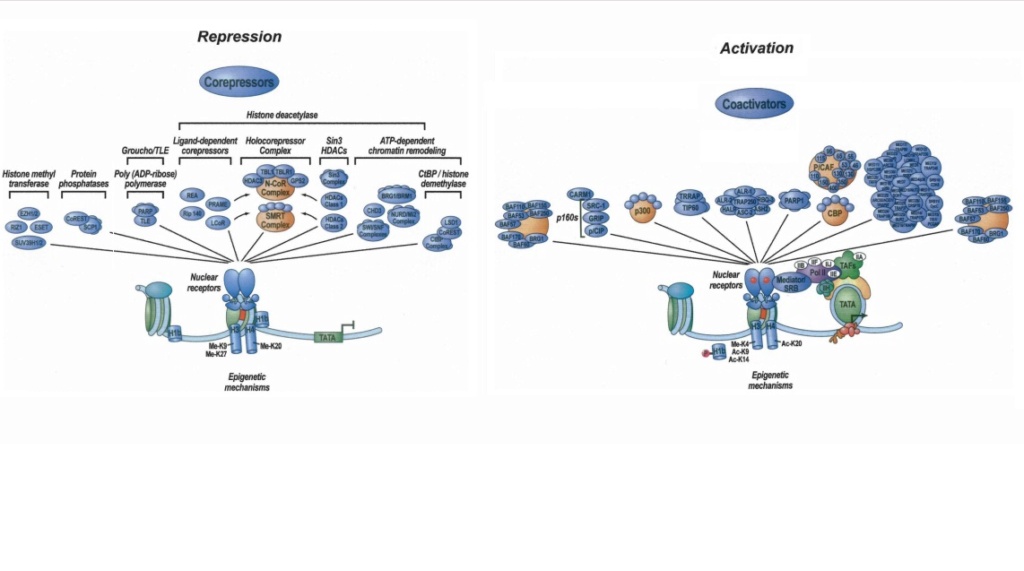 Gene regulatory networks interplay tightly to activate or repress de expression of genes. The right execution of this molecular choreography is fundamental to all life forms and essential for orderly animal development, thus play a key role to explain animal diversity. 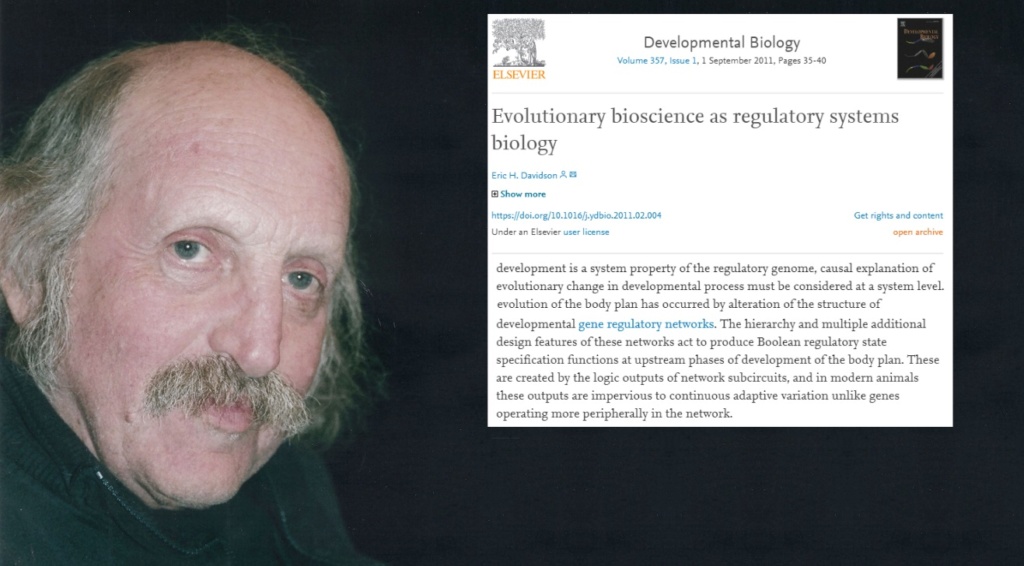 The architecture of the body plan depends, amongst other factors,  on the structure of developmental gene regulatory networks. 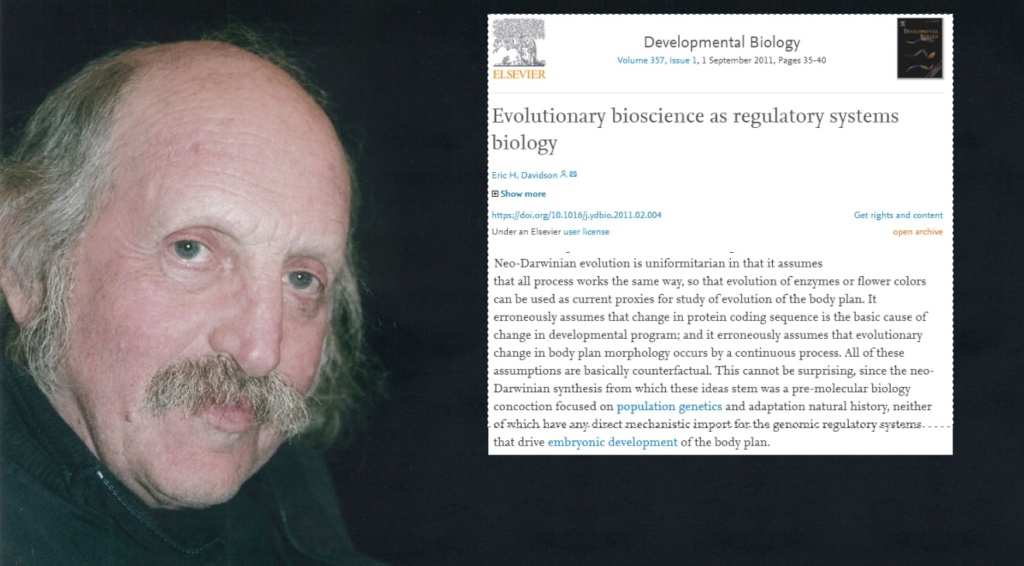 
Cis-regulatory elements (CREs) have essential roles in development, and their divergence is a common cause of evolutionary change. Over 40 years ago, mutations affecting the regulation of gene expression were predicted to be a common source of evolutionary change1–3. Since this time, and most rapidly during the past 5 to 10 years, empirical evidence has accumulated showing this prediction to be true.
https://www.nature.com/articles/nrg3095