Answers to some issues raised

Dave Baker There. Fixed it for you: 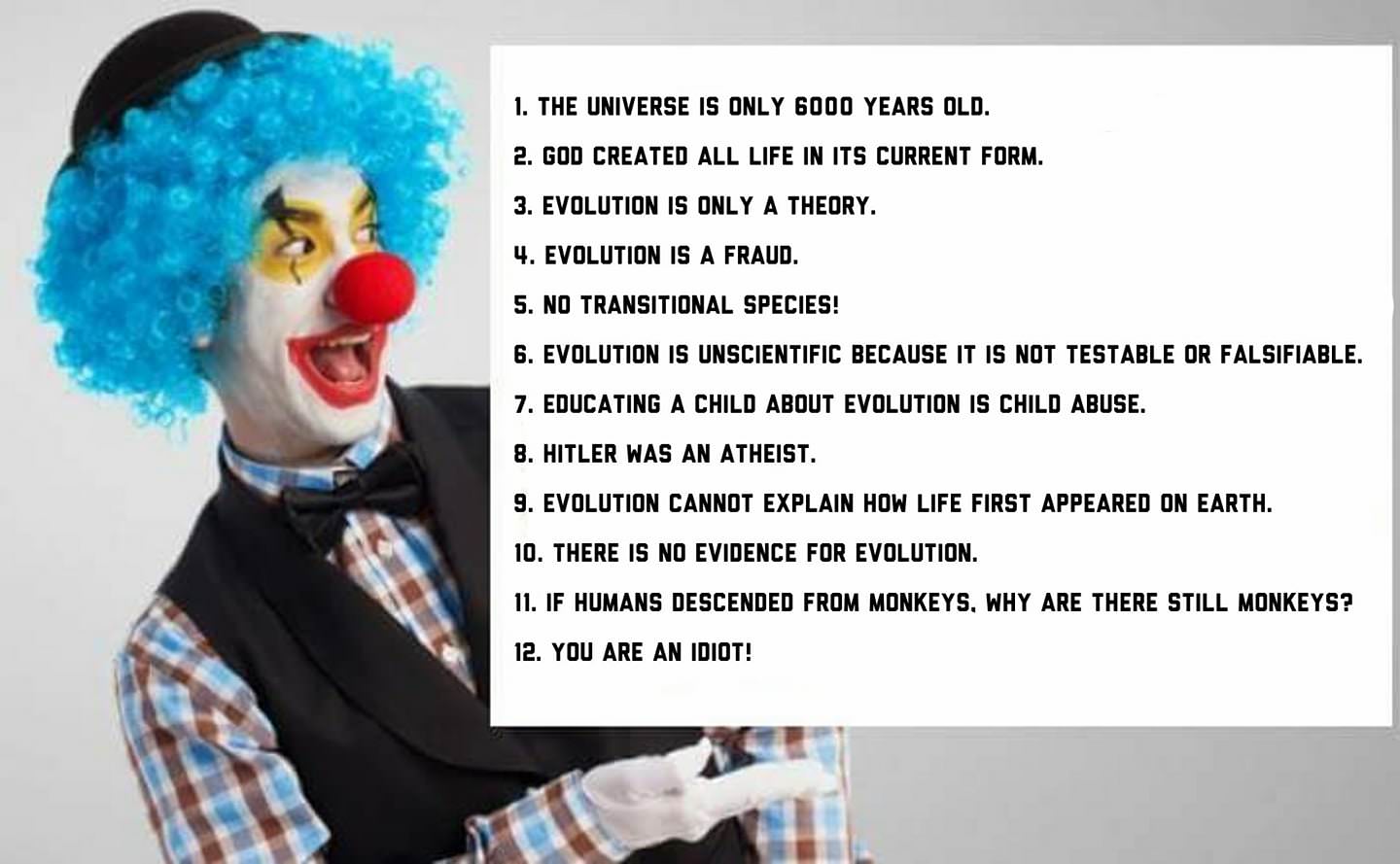 The faster you go, the slower time takes. As you approach the speed of light, time continues to slow down, AT the speed of light...time STOPS! Which means for a photon moving at the speed of light, when it is absorbed in your retina, it is the same instant it was emitted at the Big Bang 14 billion years ago.....if you are that photon, it does not experience that delay." -Neil deGrasse Tyson << Now taking this equation or theory with Richard Dawkins "theory" that "The universe and live within it APPEARS to be designed but it's not designed". Can we also say that the Universe appears to be old but it's not really old? Maybe the age of the universe is really a delusion and there is no age at all or maybe it really is a young Universe??

Robert Webb  The starlight is no problem as the galaxies were much closer and did not form later and then send light. It is a hidden presupposition which is answered by the expansion. Light was in place already from solar systems and galaxies and during an expansion the solar systems and galaxies should be thought of like pennies on a ballon that expands. The light is already in place when originated were much closer to us. The hidden false presupposition is to measure the distance now and then calculate the speed of light instead properly calculating the original position of the earth being much, much closer and then effect of speed light during an expansion and accelerating universe. As well there is evidence the speed of light was faster in the past, possibly instantaneous and slowed down subject to the decay of the fallen universe. Humphries has dealt with this and responded to the critical reviews.

Why do scientist say the universe is ~ 13 billion years old and we can see to the edge of the known universe. There are two problems here. One the edge of the universe is ~ 47 billion years away from us, making seeing light from that distance impossible. Yet we set exposers on the Hubble telescope to capture those images of those distance galaxies. The estimate of the time of the universe is off. Second the universe is transparent. Why? most of the universe is still gaseous. And all of it is ionized meaning it should be opaque. What it says in Genesis is that the light was created, then the stars on the 4th day. If this is true, then light was created to be in route like it was an eternal display. This seems to be the case if the diameter of the universe is 96 billion light years across and there is not enough time for light from the edge to get to us. Yet we see all of the universe at every angle and direction clearly.In order for this to still work they have come up with a theory to solve the problem. It is called "inflation". This explanation says that at one point in the early part of the Big Bang matter had to have expanded rapidly and I mean so rapidly it defied a law of physics. Going faster than light itself. We know that matter cannot go faster than light because the energy needed would be greater than all the energy of the entire universe. So, science doesn't know how all these things came about, yet to explain this away they come up with theories to explain theories because they are stuck. It's a theory which will fall by the wayside like Heckle's drawings (which were a fraud), the Genesis wave(featured in Star Trek), and junk DNA(which isn't junk but functioning code), and oh so much more that Darwinian evolution has predicted yet fails to answer. Your denial of the biblical account is not true to science.

And all available scientific evidence also indicates that evolution is an engineered process. In engineering and computer science, evolution never happens by accident. It’s always the result of a deliberate act. A program that can self-evolve is always considered an engineering marvel. 6

The macroscopic signals that a cell receives from its environment can influence which genes it expresses — and thus which proteins it contains at any given time — or even the rate of mutation of its DNA, which could lead to changes in the molecular structures of the proteins. 8

The genome has traditionally been treated as a Read-Only Memory (ROM) subject to change by copying errors and accidents. 7  I propose that we need to change that perspective and understand the genome as an intricately formatted Read-Write (RW) data storage system constantly subject to cellular modifications and inscriptions. Cells operate under changing conditions and are continually modifying themselves by genome inscriptions. These inscriptions occur over three distinct time-scales (cell reproduction, multicellular development and evolutionary change) and involve a variety of different processes at each time scale (forming nucleoprotein complexes, epigenetic formatting and changes in DNA sequence structure). Research dating back to the 1930s has shown that genetic change is the result of cell-mediated processes, not simply accidents or damage to the DNA. This cell-active view of genome change applies to all scales of DNA sequence variation, from point mutations to large-scale genome rearrangements and whole genome duplications (WGDs). This conceptual change to active cell inscriptions controlling RW genome functions has profound implications for all areas of the life sciences.

Ever since the formulation of the neo-Darwinist Modern Synthesis evolutionary theoryin the 1930s and 1940s, it has been an article of faith that hereditary variation results from stochastic copying errors and unavoidable damage to the genome

In the past 60 years, since the structure of DNA was elucidated, molecular biologists have studied the basic mechanisms of long-term genome change. They have discovered a wide array of proofreading and damage repair biochemical systems that remove copying errors and correct DNA damage. At the same time, they have revealed an amazing and wholly unanticipated array of cellular and molecular systems that operate to generate genome variability, both temporary and structural. As we begin the second decade of the 21st century, accumulating empirical evidence has thus shifted the perspective on genome variation to that of an active inscription process changing the information passed on to future generations.

Why Darwins theory of evolution does not explain biodiversity
https://reasonandscience.catsboard.com/t2623-why-darwins-theory-of-evolution-does-not-explain-biodiversity

What is fact :
1. Change over time; history of nature; any sequence of events in nature
2. Changes in the frequencies of alleles in the gene pool of a population
3. Limited common descent: the idea that particular groups of organisms have descended from
a common ancestor.
4. The mechanisms responsible for the change required to produce limited descent with modification; chiefly pre-programmed selection acting on random variations or mutations
5. Natural selection acting up to two random mutations as shown in malaria ( See Behe's Edge of evolution )

From a peer reviewed paper by Gene Hunt in 2007:
"Directional evolution is rarely observed within lineages traced through the fossil record. Only ≈5% of cases (13 of 251) are best fit by the directional evolution model (...)
Some previous paleontological studies have used a model of directional change in which evolutionary changes proceed at an absolutely constant rate in the same direction indefinitely (11). Although of heuristic value, most would agree that this model is not realistic over paleontological time scales. (...)
I have used these methods to analyze many fossil sequences, but even the most promising examples (e.g., refs. 21 and 22) do not support models of sustained directional change, although single interval punctuations are sometimes implied (unpublished data). Thus, even relaxing the assumption that evolutionary mode is uniform within lineages, we are still led to the conclusion that directional change is rarely observed over paleontologically significant time scales. (...)
Despite the commonness of stasis, there is little consensus about its cause or causes."

Charles Doolittle Walcott, a paleontologist and Secretary (1907-1927) of the Smithsonian, began research in the fossil-bearing Burgess Shale region in the Rocky Mountains, Canada, and unearthed one of the greatest finds in the history of paleontology: the first fossils of Cambrian creatures 530 million years old. These approximately 530-million-year-old fossils entirely eliminated the false reasoning of gradual evolution. Yet they were brought out from where they had been stored and presented to the world only after 70 years had gone by. Walcott, a committed Darwinist, had decided to conceal the fossils he had obtained rather than sharing his findings with his fellow scientists. The Burgess Shale fossils were brought to light only in 1985, when the museum archives were reexamined. The Israeli scientist Gerald Schroeder comments: “Had Walcott wanted, he could have hired a phalanx of graduate students to work on the fossils. But he chose not to rock the boat of evolution. Today fossil representatives of the Cambrian era have been found in China, Africa, the British Isles, Sweden, Greenland. The [Cambrian] explosion was worldwide. But before it became proper to discuss the extraordinary nature of the explosion, the data were simply not reported” (Schroeder, 2000).

ID proponents commonly propose that both views are teached, and leave it to the Child to chose which explanation is more compelling, naturalistic, or design inferences.

8. Hitlers religion was based on Blavatskys Theosophy, which is basically Satanism. The Nazis Race program and extermination of the Jews was based on the philosophy of theosophy.

9. No proponent of ID conflates Abiogenesis with Evolution. Atheists however, commonly argue that the mechanism of evolution also explains the appearance of life on earth.

The possible mechanisms to explain the origin of life

Natural selection is not a possible mechanism to explain the origin of life, since evolution depends on DNA replication

10. Why Darwin was wrong, and what really drives descent with modification

M.Behe:
Any adaptive biological feature requiring a mutational pathway of twice that complexity (that is, 4-6 mutations with the intermediate steps being deleterious) is unlikely to have arisen by Darwinian processes during the history of life on Earth.
https://evolutionnews.org/2016/11/best_of_behe_a/

Coelacanth fish supposedly lived 60mio years ago, and still live, unchanged, today.
So do algae, and cyanobacteria, which supposedly did not go extinct for 3 bio years.
Same with Comb jelly.
Same with Horse Crabs, and Crocodiles.

Amongst many others, unnamed, here.

But if speciation occurred,  there are 23 ancestors, from Pan Prior, our supposed common ancestor with Apes, until getting to us, Homo sapiens, but all intermediate ancestors - died. Why?

Why did all ancestors of humans die out, but above-mentioned living fossils, which are just a small selection, did not? Why is any of the above mentioned human ancestors not still walking and running in the Savannahs of Africa?

The origin of Homo Sapiens & timeline of human evolution according to mainstream science.....