The logic of complex protein and multiprotein complex assembly

The logic of complex protein and multiprotein complex assembly Tue Mar 27, 2018 8:04 am

For cells and tissues to remain healthy they must be able to make proteins and the proteins they make must be able to function correctly in the right place. The cell has a complex machinery for ensuring that when new proteins are made they are functional. In many cases, Chaperones help proteins to fold into the right shape 6 , and once done, they are transported to the correct location, be it within the cell or outside, and must be assembled correctly, in some cases, into multiprotein complexes 2 The assembly of individual proteins into functional complexes is fundamental to nearly all biological processes. 8

When the protein is synthesized, the Signal Recognition Particle which is an essential protein targeting machine, recognizes the tag on the protein once it comes out of the ribosome, and is programmed to transport it to the right destination. Selective transport of proteins is a complex process requiring proteins to be sorted and transported, akin to the process that occurs when you post a letter.

Question: If no intelligence programmed the code in order to the protein find its right destination, how would the complex instructions be encoded, by trial and error, until the protein did find its right target and location, and only afterwards, the instruction became fixed in the genome of subsequent generations ? What about the cases of error, would the cell not have been intoxicated, and die ?

Once proteins are folded they are transported through a series of membrane-bound cell compartments, which depend on the ultimate destination of the protein. Cells use essentially the same mechanisms to translocate proteins into an Endoplasmic reticulum, to glycosylate and sort them in the Golgi, and to export them either to their required location inside the cell, or across the plasma membrane by exocytosis to their destination where they are required 3

The production and delivery of proteins can be summarised into two key stages:
i) ensuring proteins are made correctly and adopt the correct shape,
ii) transport of the protein to the correct location.

Both stages are essential for cells and tissues, organs, and last, organisms to be build up properly. The alternative mechanism to intelligence , namely unguided random events is totally helpless, inadequate and impotent for these kind of complex tasks. There is no other rational explanation, beside that these pathways had to be fully developed and setup, before cells began self-replicating, and perpetuating life. The first step in the production of proteins is the gene regulatory network  orchestrating  gene expression to make proteins which requires the following of a specific logic and correct sequential events. When a machine has to be assembled, and you have for example one thousand individual components which need to be assembled to make a machine, the assembly must follow a specific, adequate, predetermined sequence. There are parts which need to be assembled first, and then the next, and so on, until the machine is fully ready and assembled, to be sent to the place where it must be employed. The same happens in the molecular world.

The emergence of animal body plans is a system level property of the developmental gene regulatory networks (dGRNs) which control ontogeny of the body plan. It goes from the gene expression of protein subunits, then the assembly of these subunits by scaffold proteins : A few genes produce other molecules that help the cell assemble proteins. The journey from gene to protein is complex and tightly controlled within each cell. 1

Self-Organizing Systems: The Emergence of Order, page 149:
This work has shown us at least two features that cannot be explained on the basis of thermodynamic equilibria only. The first is the rigidly controlled temporal sequence of assembly steps, most of which can occur only in one particular order. . (For example, sheath proteins must not be allowed to assemble with each other until the baseplate structure is ready to receive them.) No assembly step will occur at a significant rate, until the preceding one is completed. We can still only speculate about the control mechanisms.  Different kinds of protein subunits affect each other's association in such a way as to create an assembly pathway, in which each step increases the rate of the next one, relative to all other possible associations.

This is nothing short than amazing. How could this be done without foreknowledge of how the 3d shape of the subunits affect their neighboring subunits in order for the association to happen in an orderly fashion to confer function, in the end? Furthermore: If tight control of protein assembly is required. What emerged first: the Protein assembly sequence, or the control mechanisms which either repair or discard non-functional proteins ( which , if not removed, would be toxic to the cell? )

And there is more: At the simplest level, protein complex assembly involves binary interactions between pairs of polypeptide chains. An important issue when considering these interactions is the extent of conformational
changes that occur between the free and bound states. Interestingly, the strongest determinant of conformational change appears to be the intrinsic flexibility of the free state 9

Question: Had there not to be foresight and foreknowledge about how these intermediate stages fold and conformational dynamics, and how the individual polypeptide strands and their intrinsic flexibility interacts with the partner polypeptide chains ? Or did random events and lucky accidents the job, trial and error up to the point to find several polypeptide chains interacting in a way to confer function at some point in time and space ?

We can posit that protein complex assembly is likely to occur via an energetically favorable, ordered pathway, as the odds of all subunits simultaneously coming together in the correct orientation to form the fully assembled complex would be infinitesimally small.

My remark: How was this " energetically favorable, ordered pathway " programmed ? They continue: " as the odds of all subunits simultaneously coming together in the correct orientation to form the fully assembled complex would be infinitesimally small. ". These odds are infinitesimally small in any case. Which is a implicit admission that chance is not a good explanation - and a confirmation of my point.

In addition to energy-dependent conformational changes, many proteins remain quite dynamic within their complexed forms.  For example, the archaeal proteasome undergoes substantial equilibrium fluctuations within its α-subunits between distinct open and closed conformations on a timescale of seconds, which seems important for controlling access to the proteolytic chamber

My comment: Proteins are not static. They are machines, which work similar to human made machines. Any machines requires a inventor, which envisions a function, and how to achieve given function. Why would it be different in the natural world? Machines require a planner which makes a blueprint and sets specific goals , and defines how that goal is achieved. Than includes how a machine works, its movements, its static, and its interacting parts, the specific materials and so on....

The human placenta is a highly specialized organ and probably the most complex human tissue of all. It is so complex, that many important points are still under investigation, and not fully understood. 4 Placental membranes use 733 unique proteins and 34 known and novel heterooligomeric multi-protein complexes including mitochondrial respiratory chain complexes, integrin complexes, proteasome complexes, histone complex, and heat shock protein complexes bound to placental  membrane.

Most cellular processes require several enzymes, which are usually associated with each other, to function together and form larger temporary or stable protein complexes for raising the efficiency, specificity and speed of metabolic pathways 5

Question: if these protein complexes are associated with each other, does that not evidence interdependence, that is , one requires the other to function properly, like piston and cylinder in a car engine ?

In addition to kinetic controls in self-assembly, another significant general insight to come from studies of phage morphogenesis has been recognition of nonstructural accessory proteins, which represent departures from the classical self-assembly concept. These proteins so far appear to be of at least three kinds:

such proteins might function by transiently binding to, and thereby stabilizing, otherwise unstable or improbable conformations that represent transition states of protein-protein association reactions.

And last not least: Essential functions of the genome, such as transcription, replication, and DNA repair, are controlled by a variety of molecular mechanisms that each involve a dynamic interplay between multiple protein factors and specific genomic locations in a structurally ordered and time-dependent fashion. 10

Which is a classic chicken-egg / catch22 problem. It takes a dynamic interplay between multiple protein factors in a structurally ordered and time-dependent fashion for the function of of the genome, but it takes the genome, and its information content ( beside the gene regulatory network , and a series of other molecular parts ) to make proteins, which i outlined here:

The interdependent and irreducible structures required to make proteins
https://reasonandscience.catsboard.com/t2039-the-interdependent-and-irreducible-structures-required-to-make-proteins

So, we can confidently say: there will NEVER be a break-through by science to explain the origin of life by natural , aka non-intelligent mechanisms. It's not possible. I feel not ashamed to repeat the mantra : Abiogenesis is impossible!!


The total lack of any kind of experimental evidence leading to the re-creation of life; not to mention the spontaneous emergence of life… is the most humiliating embarrassment to the proponents of naturalism and the whole so-called “scientific establishment” around it… because it undermines the worldview of who wants naturalism to be true. 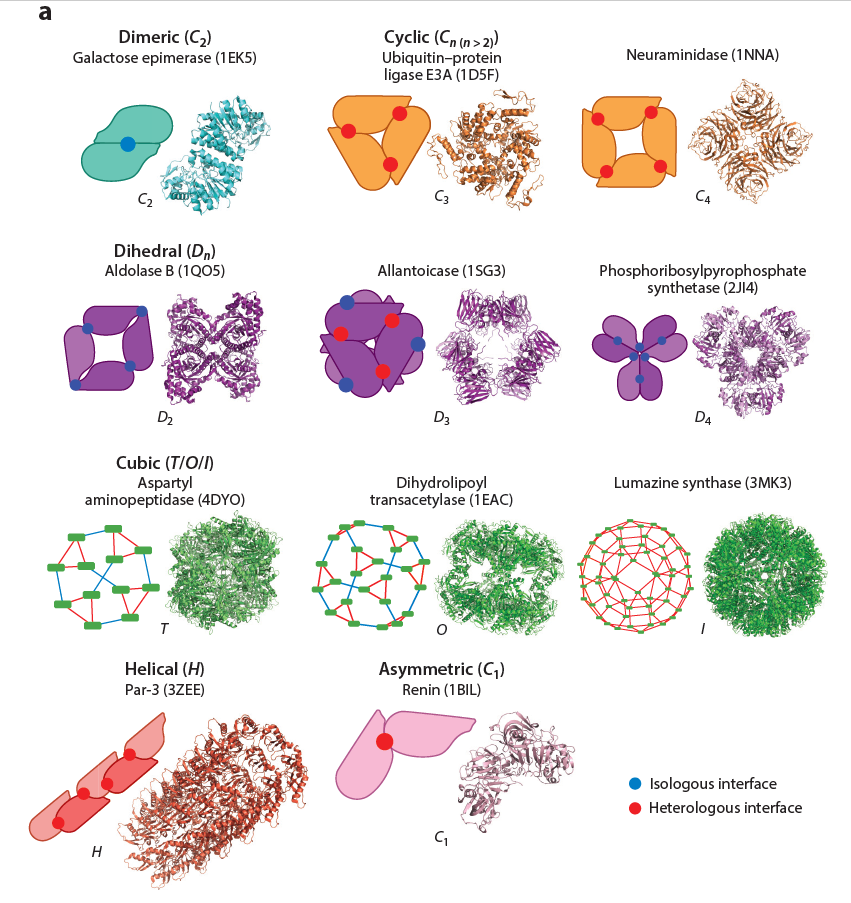 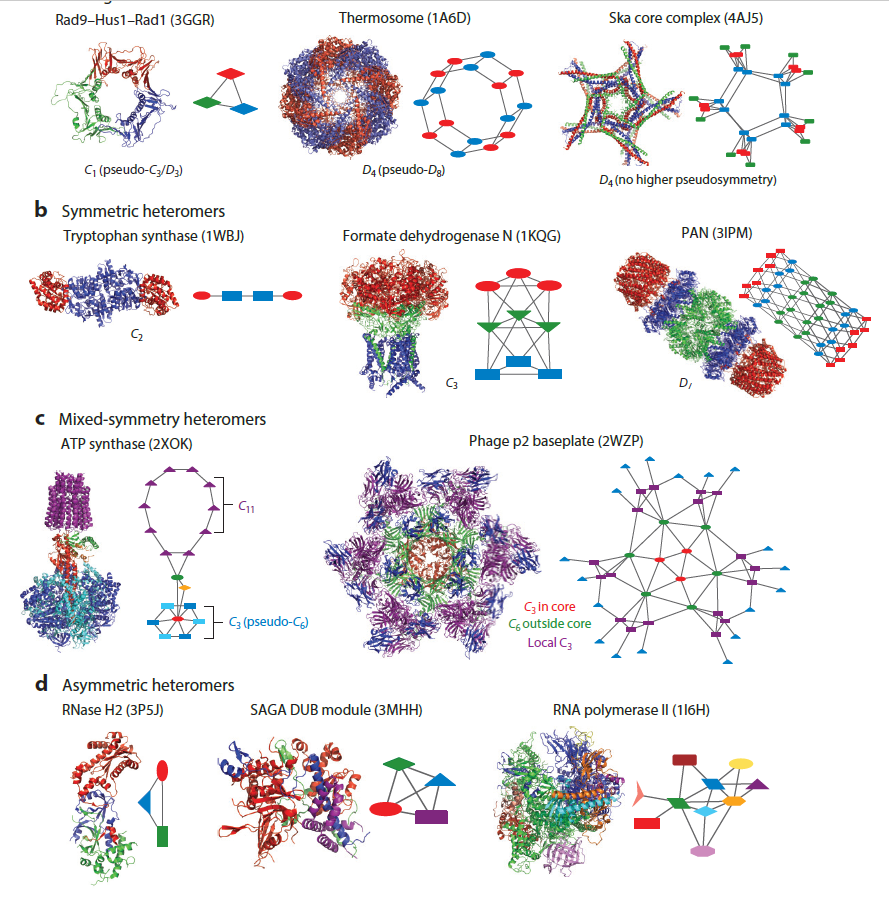