ORIGINS The Search for Our Prehistoric Past, FRANK H. T. RHODES, page 79
The sudden first appearance of so many creatures—hard-bodied and soft-bodied—remains an enigma. How can we account for it? Some address the problem by asserting that there is no problem, arguing that we have clear evidence of late Precambrian life and that Cambrian fossils emerge gradually over some 65 million years. But, while the first part of the statement is correct—we do have Precambrian fossils— the second is misleading. Although the Cambrian period spanned 65 million years, and all the “fossilizable” phyla do appear in the Cambrian, all but one—the Bryozoa—appear within a much briefer interval in the early part of the Cambrian Period, though all are represented by classes that are now extinct.

Stephen C.Meyer, Darwin's doubt, page 30:
Consider just one odd couple from Walcott’s quarry, Marrella and Hallucigenia. Marrella, also called a lace crab, is an unusual form. Walcott described it as a type of trilobite, but later studies by Cambridge paleontologist Harry Whittington classified it not as a trilobite, nor a chelicerate (the subgroup of arthropods that includes spiders), and not even as a crustacean, but rather as a fundamentally distinct form of arthropod.4 The creature is divided into twenty-six segments, each with a jointed leg for walking and a feathery gill branch for swimming. Its head shield has two long pairs of spikes directed backwards, and the underside of the head features two pairs of antennae. One is
short and stout, the other long and sweeping. Whether Marrella, for example, falls within a novel phylum or class, matters less than explaining why so many clearly novel forms, and the novel structures these forms exhibit, first arose with such apparent suddenness.

Simpson, Fossils and the History of Life, 73.
Indeed, an exoskeleton is far more than a mere covering for the soft parts of, say, a chelicerate or crustacean, because it provides the sites for the attachment of the muscles and various other tissues. Further, the limbs (including the mouthparts and in some instances certain reproductive components) are encased in exoskeletal elements that can articulate, allowing the arthropod to move, feed, and mate. An exterior skeleton of any shrimp, for example, also has interior projections that comprise its endophragmal system, which provides support for the animal’s internal musculature and organs. At the same time, the skeleton of any arthropod is a product of, and in turn regulates, its metabolism and physiology. In order for the first members of Fuxianhuia or Marrella to have grown (and possibly metamorphosed during their development), they would have had to have successively secreted a new skeleton beneath the old one; to have shed the used exoskeletons; and to have hardened each new exoskeleton. This tight functional integration suggests the implausibility of evolutionary models that envision the Arthropod exoskeleton arising late as a kind of accretion to an already integrated system of soft parts.

Gould, wonderful life, page 69:
Marrella is neither crab nor phyllopod, but one of the taxonomically unique arthropods of the Burgess Shale. When I say that one quarry in British Columbia houses more anatomical disparity than all the world's seas today, I am speaking of a small quarry. How could such richness accumulate in such a tiny space? 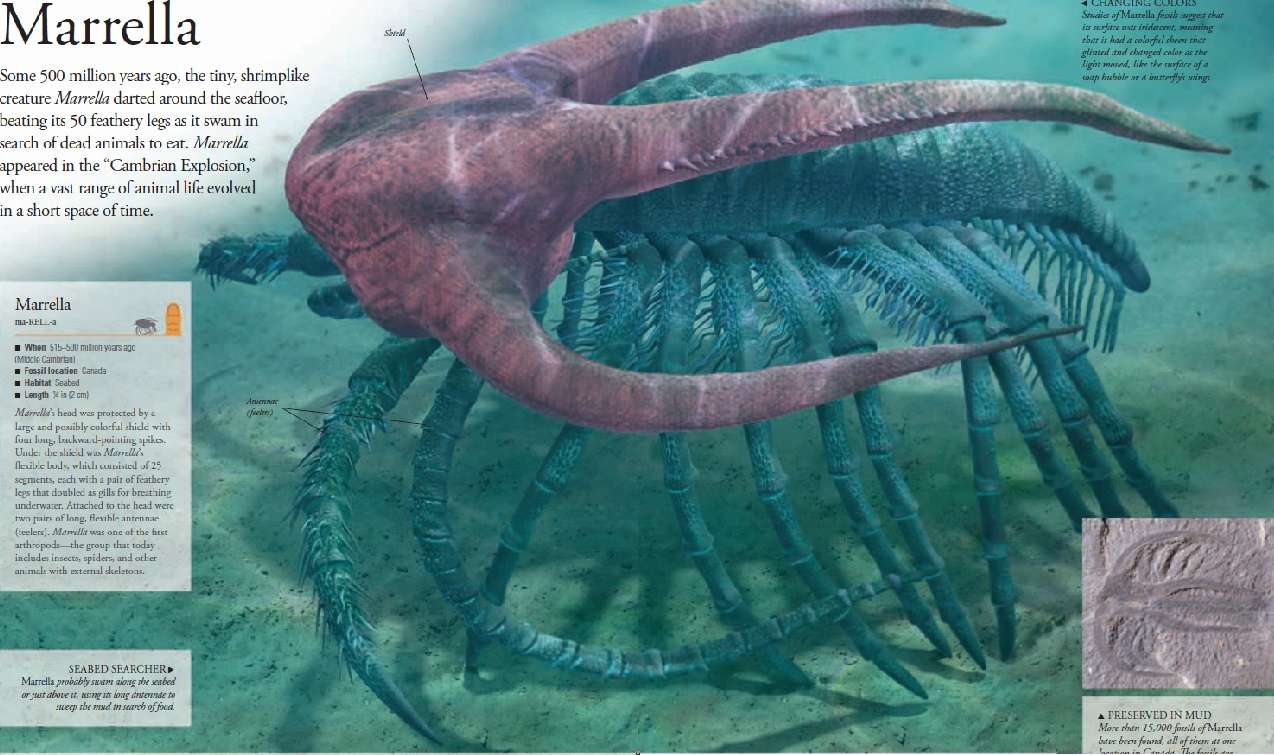 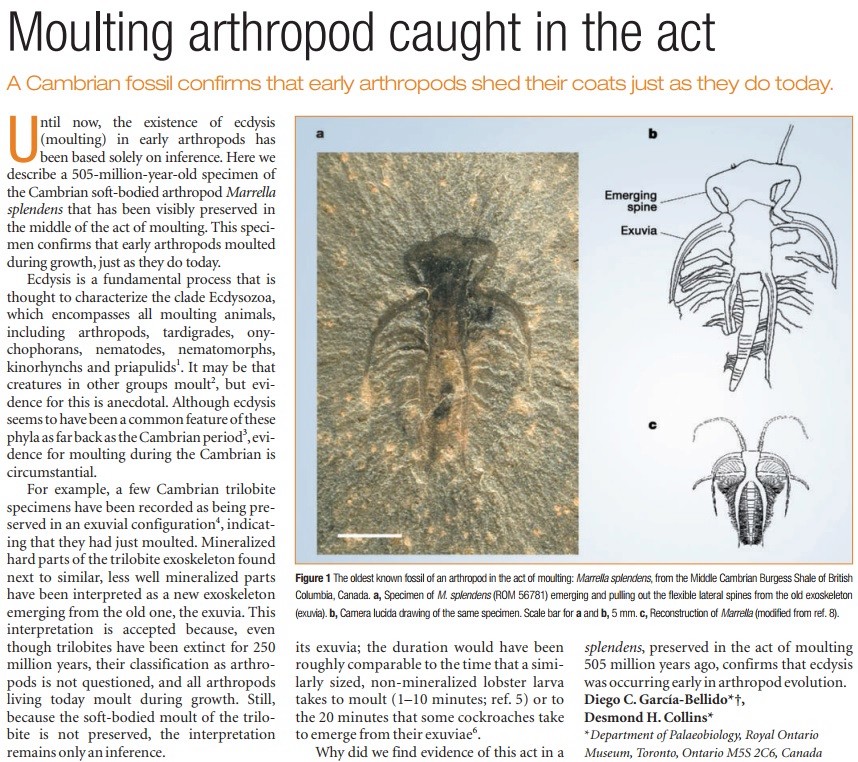 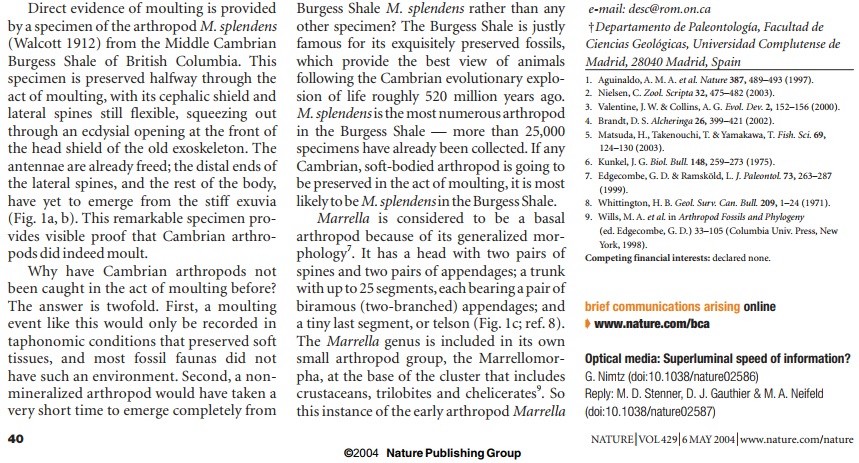 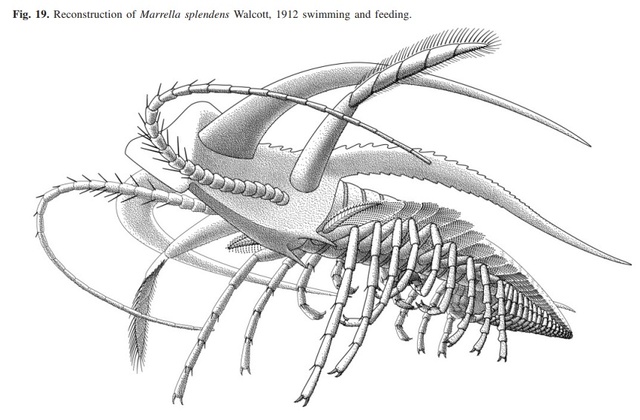 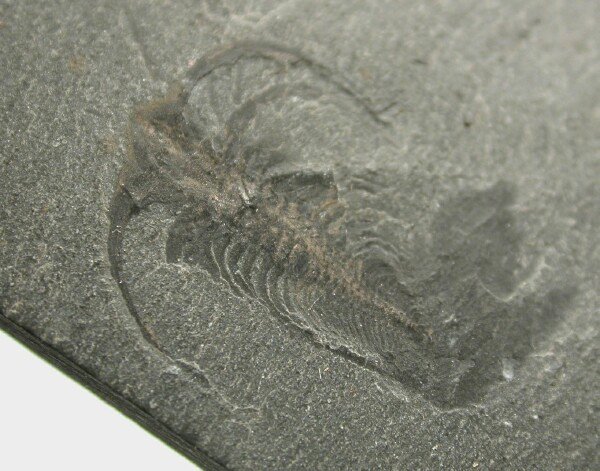 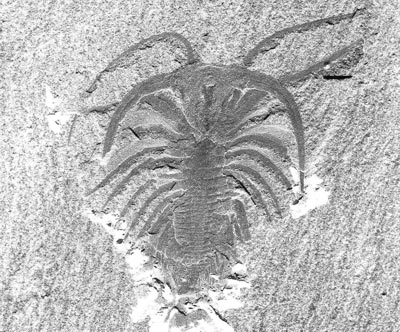 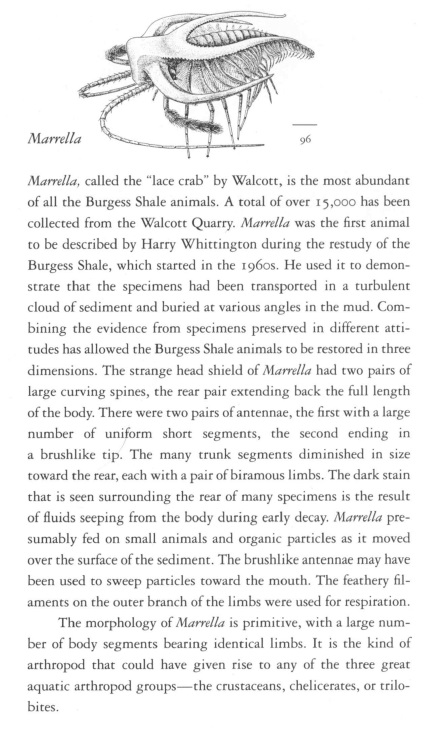 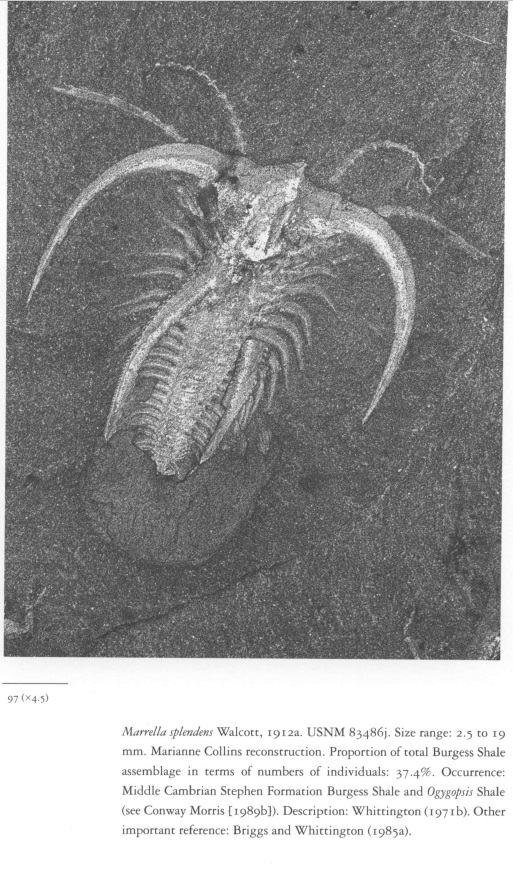