Iron is essential for aerobic organisms. Additionally, photosynthetic organisms must maintain the iron-rich photosynthetic electron transport chain, which likely evolved in the iron-replete Proterozoic ocean. The subsequent rise in oxygen since those times has drastically decreased the levels of bioavailable iron, indicating that adaptations have been made to maintain sufficient cellular iron levels in the midst of scarcity. In combination with physiological studies, the recent sequencing of marine microorganism genomes and transcriptomes has begun to reveal the mechanisms of iron acquisition and utilization that allow marine microalgae to persist in iron limited environments.

Iron is essential for all aerobic organisms, but is highly reactive and toxic via the Fenton reaction. Consequently, organisms tightly control iron homeostasis and have highly coordinated responses to iron deficiency and iron overload. Photosynthetic organisms must also maintain the iron-rich photosynthetic electron transport chain, which likely evolved in the iron-replete reducing environments of the Proterozoic ocean (Falkowski, 2006). The levels of bioavailable iron have decreased drastically over time, concurrent with the rise in oxygen, indicating adaptations have been made to maintain sufficient iron levels in the midst of scarcity.

Still, limited iron availability impairs phytoplankton growth in as much as 40% of the ocean, notably in the Southern Ocean, equatorial Pacific Ocean, and north Pacific Ocean. As the levels of other nutrients are sufficient, these areas are categorized as high-nutrient, low-carbon (HNLC). This iron limitation has been evidenced by iron fertilization experiments of HNLC waters, which can produce rapidly growing algal blooms, and ultimately, speculation that these blooms could be utilized to capture and sequester carbon from the atmosphere. At the same time, elevated atmospheric carbon will likely acidify the ocean, almost certainly altering iron bioavailability, and thus algal productivity. Consequently, much effort has been made to predict how climate change will affect iron availability and phytoplankton growth, and how altered phytoplankton growth will itself affect climate change. 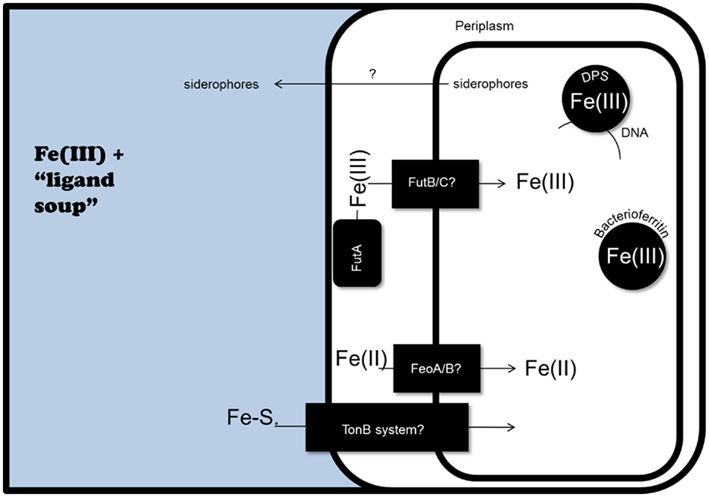 Figure 2. Potential iron homeostasis systems in marine cyanobacteria, as predicted by genomic analyses.
At least in part, iron uptake in cyanobacteria is likely facilitated by the concentration of Fe(III) in the periplasmic space by FutA, followed by transport into the cytoplasm by the FutB/FutC ABC transporter system. The presence of FeoA/B genes in marine cyanobacteria genomes suggests Fe(II) uptake could also occur. Finally, the Synechococcus sp. PCC 7002 genome contains genes for siderophore biosynthesis, as well as Fe-siderophore (Fe-S.) uptake via a TonB dependent receptor system. Within the cell, iron could be sequestered by bacterioferritin and Dps.