Defending the Christian Worldview, Creationism, and Intelligent Design » Astronomy & Cosmology and God » Quantum and particle physics » Stability of atoms, by chance, or design?

Stability of atoms, by chance, or design?

David Tong: Particle Physics
The magnitude of the charge of the proton is exactly the same as the electron; they differ only in sign. Atoms contain an equal number of electrons and protons and so are themselves neutral. The fact that the masses of the proton and neutron are so close remains something of a mystery. It is related to the fact that two smaller particles called quarks have almost negligible masses but this, in turn, is not something that we can explain for more fundamental reasons. Nonetheless, the approximate equality mproton ≈ mneutron is important and is the reason that the atomic weights A are so close to integers for the light elements. For now, these numbers simply tell us that the electrons contribute less than 0.1% of the mass of an atom.
http://www.damtp.cam.ac.uk/user/tong/pp/pp.pdf

Even given the above fine-tuning, if any one of the three short-range forces had been just a tiny bit different in strength, or if the masses of some elementary particles had been a little unlike they are, there would have been no recognizable chemistry in either the inorganic or the organic domain. Thus there would have been no Earth, no carbon, et cetera, let alone the human brains to study those. 8

Every atom has a nucleus of protons and neutrons and a cloud of electrons swirling around it. When an atom binds with another atom to make a molecule, the charged protons and electrons interact to hold them together. The mass of a proton is nearly 2,000 times the mass of the electron (1,836.15267389 times, to be precise). But if this ratio changed by only a small amount, the stability of many common chemicals would be compromised. In the end, this would prevent the formation of many molecules, including DNA, the building blocks of life. 3

The photon is very exceptional. It is the only elementary particle, other than the graviton, that has no mass… Atoms, molecules, and life are entirely dependent on the curious fact that the photon has no mass. 6 From a theoretical point of view the existence of massive photons is perfectly compatible with the general principles of elementary particle physics. This possibility cannot be discarded either from an experimental viewpoint 7

Atoms are made up of subatomic particles: neutrons, protons, and electrons. Protons, which are positively charged, and neutrons, which have no charge, compose the nucleus of the atom. Negatively charged electrons orbit the nucleus. These three particles are responsible for building the 92 naturally occurring elements.  Think periodic table. For example, a stable carbon atom is made of six protons, six neutrons, and six electrons. 5 Neutrons and protons can be broken into smaller bits. Particle accelerators are used to smash atoms apart. In the process, scientists have discovered that protons and neutrons are made of quarks. Specifically, they are made of a combination of up quarks and down quarks. Protons are composed of two up quarks and one down quark. Neutrons are composed of two down quarks and one up quark. So what happens if we change the masses of the three fundamental particles—the down quark, the up quark, and the electron?

If the mass of the down quark was increased 3 times, we would have a hydrogen-only universe. Here, no neutron is safe. Even inside nuclei, neutrons decay. Once again, kiss your chemistry textbook goodbye, as we’d be left with one type of atom and one chemical reaction. Increase the mass by 3 times, and you construct a universe with nothing but hydrogen.
Increase the mass of an electron by a factor of 2.5, and we’re in the neutron universe again.

Atoms are a marvelous piece of precise engineering.
Consider the ingredients you need: the strong nuclear force particles; the weak nuclear force particles; the electromagnetic force particles; up-quarks and down-quarks in order to form the protons and the neutrons; and of course electrons. And all of these bits and pieces have to mesh like a clock - or even a watch. You can't just assemble these bits and pieces in just any old way and expect things to work out. 4 It's all governed by the laws, principles and relationships of quantum mechanics, all of which had to come from somewhere or from someone or from something.

For example, there's the Pauli Exclusion Principle which requires that not more than two electrons can occupy exactly the same 'orbit' and then only if they have differing quantum values, like spin-up and spin-down. This prevents all electrons from being together like commuters crowded into a Tokyo subway carriage at rush hour.
Then there are the energy levels that electrons are allowed to have while 'orbiting' around the nucleus. That can be in this level or that level or the next level but not at in-between levels. This prevents electrons from spiraling down and impacting the positively charged nucleus which, being negatively charged, electrons would otherwise want to do. Design and fine-tuning by any other name still appear to be design and fine-tuning.

Atoms by themselves do not in and of themselves form life. Atoms have to have just so configurations to link together to form molecules. If hydrogen atoms couldn't link up with oxygen atoms there could be no water and no water implies no life could arise. The same applies to dozens of other essential molecules that life and the human species require.

On the other hand, why isn't there a universal solvent or acid that disassembles molecules? Everything can be stored in at least one kind of container. That too seems to be essential for life as is the requirement that some things need to be in solution some of the time.

So who was the designer of the atom?  Who fine-tuned the atomic parameters? Why fine-tuning? Well, fine-tuning implies that something(s) exist against all the odds. The unstated assumption being that fine-tuning requires a tuner. Regarding that fine-tuning, noted physicist Freeman Dyson once said that "it's almost as though the universe knew we were coming". It All started with the design and fine-tuned engineering of the humble atom. Who is the designer; who is the tuner? The atom is astonishingly precisely designed and fine-tuned to suggest that an eternal powerful creator with us in mind is a sufficiently warranted hypothesis has quite some considerable merit.

The vast majority of all possible universes are stone dead, and our own is extremely atypical. The use of correct logic when confronting a theory with observation isn’t optional. If most of space is uninhabitable, then we should clearly expect to find ourselves in a place that’s special in the sense of being habitable.

An atom is stable because of a balanced nucleus that does not contain excess energy. If the forces between the protons and the neutrons in the nucleus are unbalanced, then the atom is unstable. Stable atoms retain their form indefinitely, while unstable atoms undergo radioactive decay.

The proton mass depends on another knob that has a very wide range of variation and needs to be fine-tuned to one in 10^33 to get any stable atoms other than hydrogen.

It is one of the laws of nature that nature prefers every system to be in the most stable state possible, which is the lowest energy state, such as the ground state, in going towards equilibrium, because of the nature’s requirement for favoring a least entropy state, ie having least disorder or chaos. Thus you would see smallest particles from atoms and its constituents to the large-scale structures like galaxies and constellations, everything is tending to an equilibrium, trying to shed its energy and reach stability.

Thus, whenever any system such as an electron or an atom reaches an excited state, it attempts to fall back to the ground state, either directly or through intermediate energy states.

Bohr's starting point was to realize that classical mechanics by itself could never explain the atom's stability. A stable atom has a certain size so that any equation describing it must contain some fundamental constant or combination of constants with a dimension of length. The classical fundamental constants--namely, the charges and the masses of the electron and the nucleus--can not be combined to make a length. Bohr noticed, however, that the quantum constant formulated by the German physicist Max Planck has dimensions which, when combined with the mass and charge of the electron, produce a measure of length. Numerically, the measure is close to the known size of atoms. This encouraged Bohr to use Planck's constant in searching for a theory of the atom.

Electrons and all the nucleotides play a significant role in the stability of the atom. But the most basic stability is explained by neutrons and protons in the nucleus, the nucleus is a compact mass due to the close packing of protons they experience strong repulsion forces. These forces are compensated by attraction forces between the nucleotides, this force is called nuclear force. So this nuclear force makes an atom stable, as the mass number increases repulsion forces between the protons starts dominating the nuclear force, this causes the phenomenon called radioactivity which makes an atom unstable.

Protons have a mass of 938.27 MeV.  Neutrons have a mass of 939.56 MeV.  So the difference between them is small: a neutron is about 1.29 MeV heavier than a proton. There is no obvious reason why protons and neutrons should have just these masses, but if they were even slightly different, we wouldn’t be here. 1

There are relatively tight constraints on about 5 combinations of parameters and small changes in these combinations lead to major changes in the structure of the world. Briefly stated, it is that the weak interactions must overlap with the strong interactions.  The allowed parameter space seems to very small and the world as we know it seems highly fine-tuned for the existence of atoms and nuclei. One has to see the many constraints in order appreciate just how very small a portion of parameter space is available which leads to atomic structure. 2

ANIL ANANTHASWAMY: Is the Universe Fine-Tuned for Life? MARCH 7, 2012
Take, for instance, the neutron. It is 1.00137841870 times heavier than the proton, which is what allows it to decay into a proton, electron and neutrino—a process that determined the relative abundances of hydrogen and helium after the big bang and gave us a universe dominated by hydrogen. If the neutron-to-proton mass ratio were even slightly different, we would be living in a very different universe: one, perhaps, with far too much helium, in which stars would have burned out too quickly for life to evolve, or one in which protons decayed into neutrons rather than the other way around, leaving the universe without atoms. So, in fact, we wouldn’t be living here at all—we wouldn’t exist.
https://www.pbs.org/wgbh/nova/article/is-the-universe-fine-tuned-for-life/ 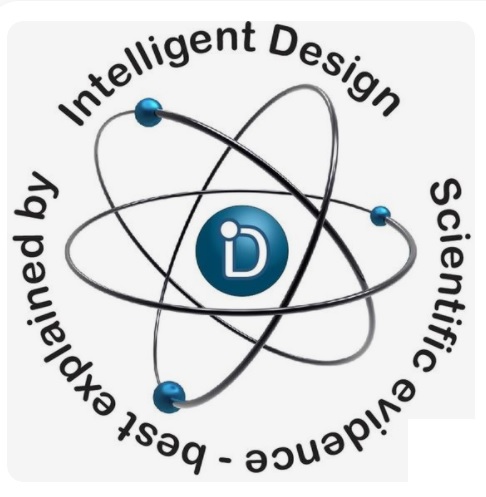 Defending the Christian Worldview, Creationism, and Intelligent Design » Astronomy & Cosmology and God » Quantum and particle physics » Stability of atoms, by chance, or design?

» The proton - neutron mass difference & fine-tuning
» How Many Atoms Are There in a Human Cell?
» Fine-tuning of atoms
» Fine-tuning arguments in short sentences
» A Classic Formula For Pi Has Been Discovered Hidden in Hydrogen Atoms