Judgement day in the Bible

Daniel 12:2
Multitudes who sleep in the dust of the earth will awake: some to everlasting life, others to shame and everlasting contempt.

Hebrews 9:27
Just as people are destined to die once, and after that to face judgment,

2 Corinthians 5:10
0 For we must all appear before the judgment seat of Christ, so that each of us may receive what is due us for the things done while in the body, whether good or bad.

Acts 17:31
For he has set a day when he will judge the world with justice by the man he has appointed. He has given proof of this to everyone by raising him from the dead.”

Ecclesiastes 12:14
For God will bring every deed into judgment, including every hidden thing, whether it is good or evil.

Psalm 96:13
Let all creation rejoice before the LORD, for he comes, he comes to judge the earth. He will judge the world in righteousness and the peoples in his faithfulness.

Romans 2:16
This will take place on the day when God judges people’s secrets through Jesus Christ, as my gospel declares. 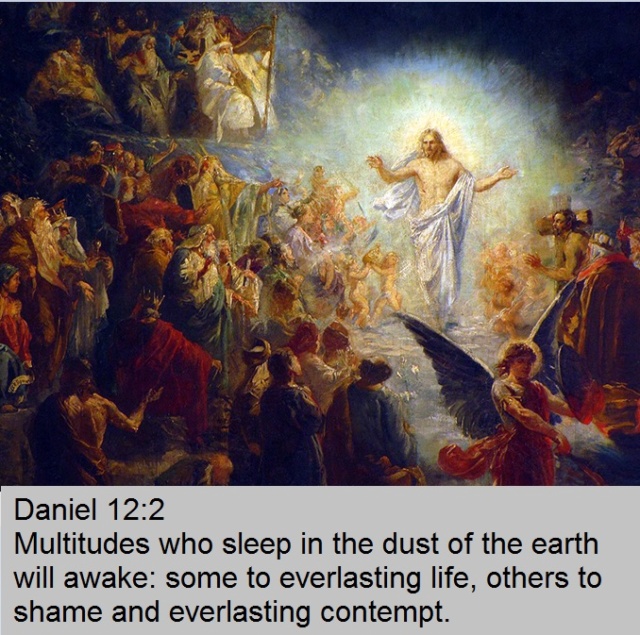