In Drosophila the last four mitoses of each oogonium produces an egg chamber containing one oocyte and 15 nurse cells.

Opposing axial gradients define position
The cytoplasm of the Drosophila egg is not uniform. Instead, it contains gradients of positional information that dictate cell fate along the egg’s anterior-posterior axis. 4 The Anterior-Posterior (AP) axis is the most ancient of the embryonic axes, and exists in most metazoans. 5 Different animals use a wide variety of mechanisms to create this axis in the early embryo. The long germ-band mode of insect development refers to the simultaneous establishment of the anterior and posterior body, including all of the intervening body segments, during the blastoderm stage. 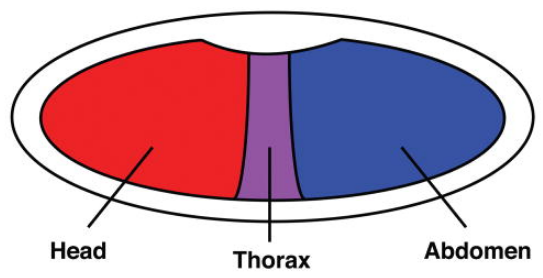 In long germ-band insects such as Drosophila, the embryonic germ anlagen a occupies the majority of the egg.

Establishing the AP axis is an essential step in the development of all bilaterian animals, yet the mechanisms by which this occurs can differ significantly between animal clades. Drosophila is an excellent example of how AP specification can be established, as it utilizes both highly conserved and divergent mechanisms during this process.

Border cells in the Drosophila ovary have emerged as a useful in vivo model for uncovering the molecular mechanisms that control many aspects of cell migration including guidance. . Two receptor tyrosine kinases, epidermal growth factor receptor (EGFR) and PDGF- and VEGF-related receptor (PVR), together contribute to border cell migration. A complex combination of EGFR and PVR ligands together guide border cells to the oocyte. Cell migrations contribute to proper embryonic development. A number of molecules have been identified that control when and where the cells migrate, as well as which cells acquire the ability to move and how the movement is coordinated with other events.   10

Oogenesis establishes AP polarity
During insect development, axis polarity is established in the Drosophila egg well before it is fertilized, during the process of oogenesis

Oogenesis, ovogenesis, or oögenesis is the differentiation of the ovum (egg cell) into a cell competent to further development when fertilized. It is developed from the primary oocyte by maturation. Oogenesis is initiated in the embryonic stage. 2  Progress has been made in defining the early steps in oocyte specification and it has been shown that progression of oogenesis is controlled by a meiotic checkpoint and requires active maintenance of the oocyte cell fate.  The Gurken signalling is responsible in patterning the dorsal-ventral axis later in oogenesis. 1 Vesicle trafficking plays a crucial role in the establishment of cell polarity in various cellular contexts, including axis-pattern formation in the developing egg chamber of Drosophila. 3  The EGFR ligand, Gurken (Grk), is first localized at the posterior of young oocytes for anterior-posterior axis formation and later in the dorsal-anterior region for induction of the dorsal-ventral (DV) axis. Syntaxin-1A (Syx1A) is required for efficient trafficking of Grk protein for DV patterning. The Syx1A dependent trafficking of Grk protein is required for efficient EGFR signalling during DV patterning.

EGF signalling is a well-known oncogenic pathway in animals. It is also a key developmental pathway regulating terminal and dorsal-ventral patterning along with many other aspects of embryogenesis. EGFR receives its signal from a series of different ligands, which can interact with the receptor through different molecular mechanisms. 6 Members of the Epidermal Growth Factor Receptor (EGFR) or ErbB/HER family and their activating ligands are essential regulators of diverse developmental processes.

DER has certainly emerged as one of the key players in development since it is used repeatedly to direct cell fate choices, cell division, cell survival, and migration. The DER protein is similar to the mammalian family members in overall structure. The ligands activating the receptor and the signals it transduces represent one of the key channels of communication between cells during development. The list of 30 odd distinct roles for DER are known. These roles encompass the induction of cell fates in a multitude of contexts, triggering cell proliferation, and even guidance of cell migration.  8

The Drosophila spitz gene encodes a putative EGF-like growth factor involved in dorsal-ventral axis formation.  Positional information along the dorsal-ventral embryonic axis in the Drosophila embryo appears to be defined by the protein encoded by the dorsal gene.  At the syncytial blastoderm stage b a gradient of nuclear localized dorsal protein is established in response to the activity of a set of maternally expressed genes.  In ventrolateral regions, the subdivision of the ectoderm may depend on the action of Star (S), spitz (spi), rho, and pointed (pnt), members of the spitz group. 9

The active, secreted form of Spitz is produced by tightly regulated cleavage of the membrane-bound precursor. Spitz triggers the DER signalling cascade. Graded activation of the DER pathway may normally give rise to a repertoire of discrete cell fates in the ventral ectoderm. Spatially restricted processing of Spitz may be responsible for this graded activation.

A natural secreted antagonist of EGFR signalling, called Argos, was identified in Drosophila.

a an embryonic area capable of forming a structure: the primordium, germ, or bud. 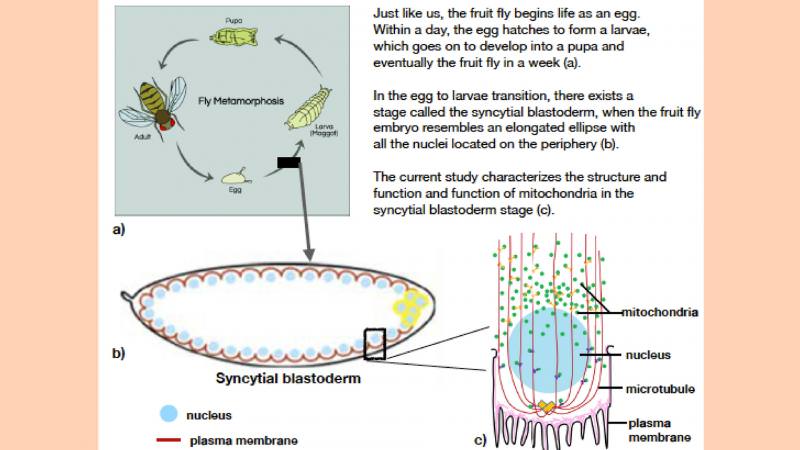