There are three types of muscle tissues in the body: skeletal muscle, cardiac muscle, and smooth muscle. These muscles can be identified by their structure and function, with each muscle type showing morphologic and functional similarities as well as differences. All muscle tissues consist of elongated cells called fibers. The cytoplasm of muscle cells is called sarcoplasm, and the surrounding cell membrane or plasmalemma is called sarcolemma. Skeletal muscle fibers are long, cylindrical, multinucleated cells, with peripheral nuclei. The multiple nuclei in skeletal muscle fibers are due to the fusion of numerous mesenchymal cells myoblasts during the embryonic development. The elongated and flattened nuclei of the muscle fibers are normally seen under the cell membrane sarcolemma. Each muscle fiber is composed of subunits called myofibrils that extend the entire length of the fiber. Th e myofibrils, in turn, are composed of smaller myofilaments formed by the contractile thin protein actin and the thick protein myosin. In the sarcoplasm of the skeletal muscle, the arrangement of actin and myosin filaments is very regular, forming the distinct cross-striation patterns, which are seen under a light microscope as lighter-staining I bands and dark-staining A bands in each muscle fiber. Because of these cross-striations, skeletal muscle is also called striated muscle. Transmission electron microscopy illustrates the internal organization of the contractile proteins in each myofibril. These highresolution images show that each light I band is bisected by a dense transverse Z line (disk or band). Between the two adjacent Z lines is found the smallest structural and functional contractile unit of the muscle, the sarcomere. Sarcomeres are the repeating contractile units seen along the entire length of each myofibril and are highly characteristic features of the sarcoplasm of skeletal and cardiac muscle fibers. The center and the dark-staining part of each sarcomere contains the thick (myosin) filaments, which form the A band. The peripheries and the light-staining portion of the sarcomere contain the light-staining, thin actin filaments. Actin and myosin filaments are precisely aligned and stabilized within individual myofibrils and sarcomeres by accessory proteins. The thin actin filaments are bound to the protein a-actinin, which binds them to the dense Z line (band). The thick myosin fi lament are anchored to the Z line by the very large protein called titin. Titin positions and centers the myosin fi laments on the Z line and acts like a spring between the end of the myosin filament and the Z line. 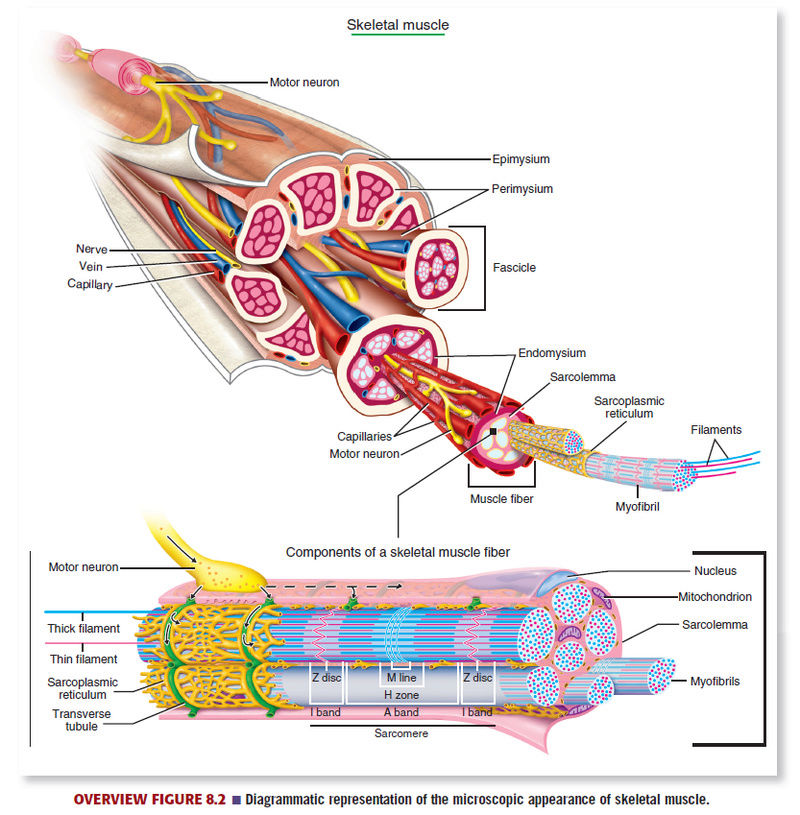 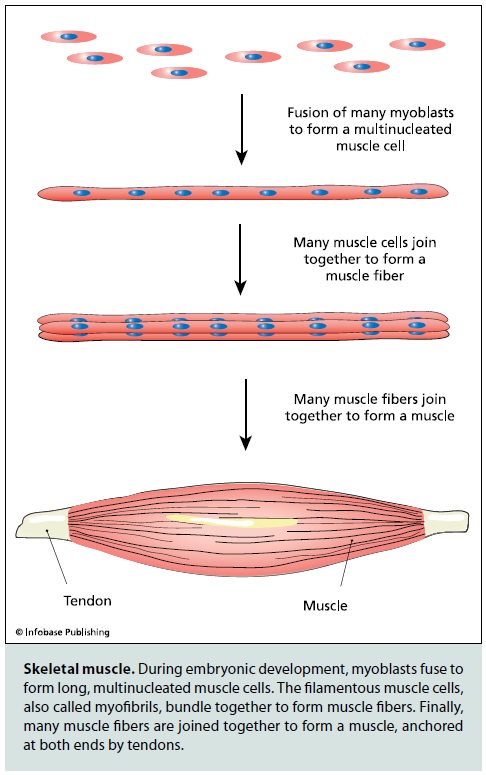