Defending the Christian Worldview, Creationism, and Intelligent Design » Origin of life » Differences in the 3 domains of life

Differences in the 3 domains of life 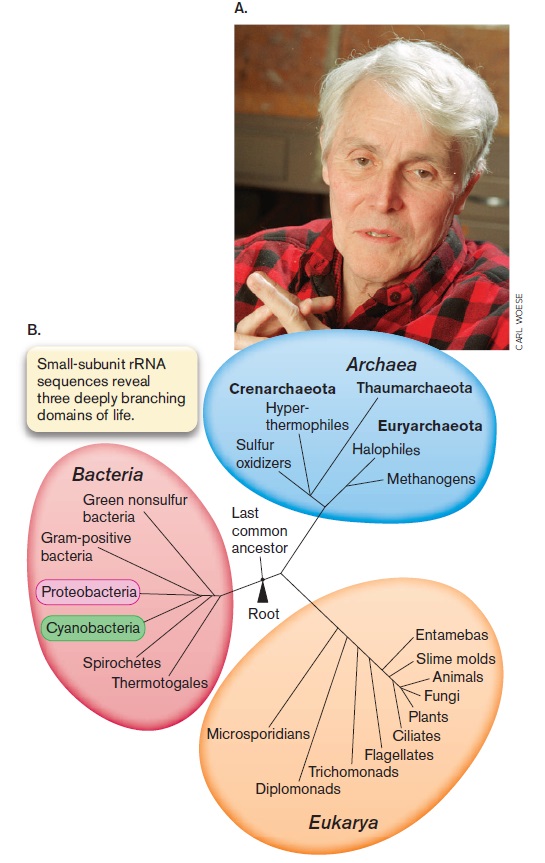 Carl Woese and the three domains of life.
A. Woese proposed that archaea constitute a third domain of life.
B. Three domains form a monophyletic tree based on small-subunit rRNA sequences. The length of each branch approximates the time of divergence from the last common ancestor 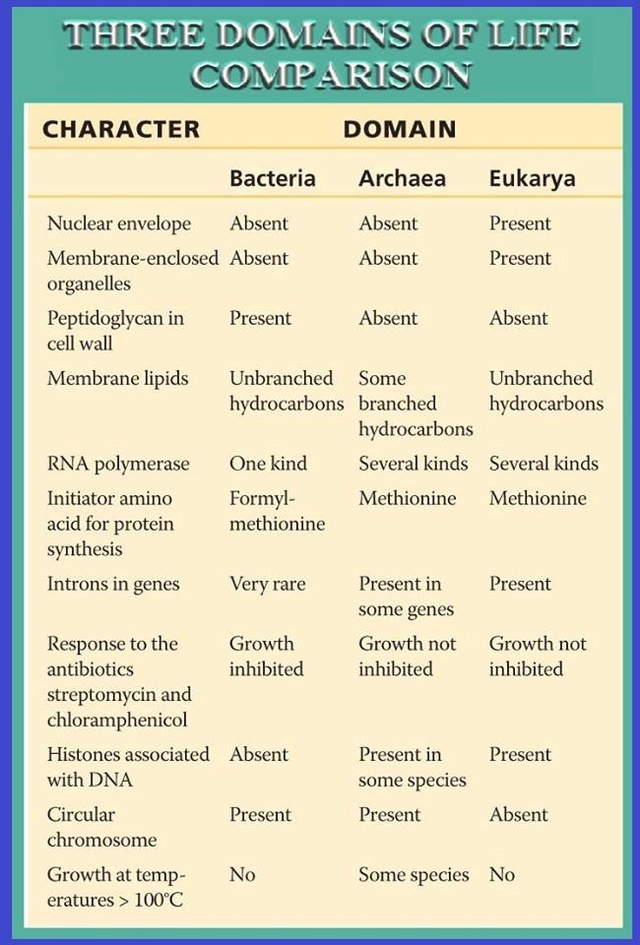 While bacteria and archaea share a number of fundamental traits including transcription, ribosomal translation, aspects of amino acid biosynthesis and chemiosmotic coupling using a membrane-integral ATP synthase, several other fundamental traits are shockingly different (Martin and Russell 2003; Sousa et al. 2013). For example, most enzymes involved in DNA replication are not homologous in bacteria and archaea

Most importantly, the cell membrane and cell wall are radically different in their chemistry and stereochemistry (Koga et al. 1998; Peretó et al. 2004), as are the enzymes for lipid biosynthesis (Martin and Russell 2003; Peretó et al. 2004; Lombard et al. 2012). Biochemical pathways such as glycolysis (Say and Fuchs 2010), and heme and quinone synthesis (Sousa et al. 2013) are also distinct, albeit with some confounding LGT. Such considerations imply that fermentation and respiration, or more specifically the heme and quinone-dependent proteins used for respiratory ion pumping, arose independently in the bacteria and archaea, but see Ducluzeau et al. (2014) for a contrary view.

there are only six known pathways of carbon fixation across all life (Fuchs 2011), but just one of these, the acetyl CoA pathway, is found in both archaea (methanogens) and bacteria (acetogens), albeit with some striking differences between them

LUCA was chemiosmotic, and so required a membrane – but there is little in  common  between  archaeal  and  bacterial  plasma  membranes or cell walls. Archaeal membranes are composed of isoprenoid side chains, joined by ether bonds to L-glycerol; bacteria use fatty acids, joined by ester bonds to D-glycerol. While there are points in common, such as the use of glycerol (albeit different enantiomers), the differences are stark, and lipid synthesis is catalysed by distinct enzymes. 2

So LUCA was chemiosmotic, requiring a membrane, but apparently did not have a membrane comparable to that in either modern archaea or bacteria. 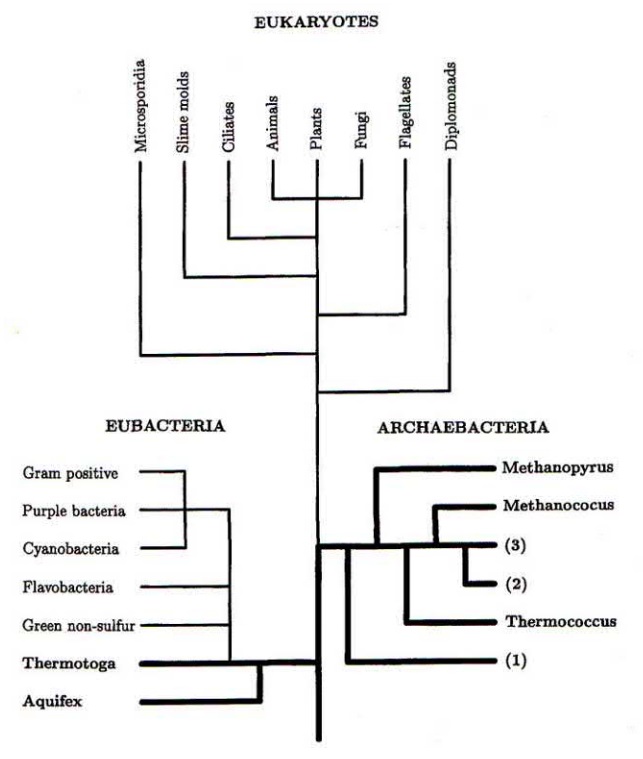 This figure shows the universal phylogenetic tree, established by the work of Woese, Iwabe et al. Hyperthermophiles are indicated by bold lines and by bold type.

Defending the Christian Worldview, Creationism, and Intelligent Design » Origin of life » Differences in the 3 domains of life

» Viruses and biological cells are interdependent which raises the question of their origin
» Proteasome Garbage Grinders
» Amazing molecular assembly lines and non ribosomal amino-acid chain formation pathways come to light
» Topologically Associated Domains (TAD)
» How can you say that the universe appears fine-tuned for life? Most of it is completely inhospitable and hostile to life.