Defending the Christian Worlview, Creationism, and Intelligent Design » Philosophy and God » The dyke is breaking

The dyke is breaking

Admin
Posts : 6103
Join date : 2009-08-09
Age : 54
Location : Aracaju brazil
Wayne Talbot: The situation today is like the old story of the little Dutch boy who put his finger in the dyke to stem the flow of water. There are hundreds of thousands of scientists circling the globe, all with their fingers and toes stuck in the holes in evolution theory in a futile effort to stop it from crumbling, but all the while the impetus of scientific discovery is pushing a wave that will surge over the top.

James Dare: When the proponents of evolution are so scared that their pet theory will lose power and thereby lesson their control on the indoctrination centers (so called "schools") and in turn children will then be educated instead of being indoctrinated into the silly debunked religion of evolution....they will do what ever they can to retain their grip on the indoctrination of children all over the world....
Anything goes for the evo....truth is not a matter to consider. Their silly science fiction will do. The Gospel sets people free.... The religion of evolution is a tool of the Devil that puts the religious adherents of evolution in bondage.
The religion of evolution has been debunked and is nothing more than a debunked religious philosophy. Science has demonstrated this numerous times....yet they refuse the truth of science and embrace the frauds and deceptions of neo darwinism.

The number of biologists calling for change in how evolution is conceptualized is growing rapidly. Strong support comes from allied disciplines, particularly developmental biology, but also genomics, epigenetics, ecology and social science. We contend that evolutionary biology needs revision if it is to benefit fully from these other disciplines. The data supporting our position gets stronger every day.
Yet the mere mention of the EES often evokes an emotional, even hostile, reaction among evolutionary biologists. Too often, vital discussions descend into acrimony, with accusations of muddle or misrepresentation. Perhaps haunted by the spectre of intelligent design, evolutionary biologists wish to show a united front to those hostile to science. Some might fear that they will receive less funding and recognition if outsiders -- such as physiologists or developmental biologists -- flood into their field. 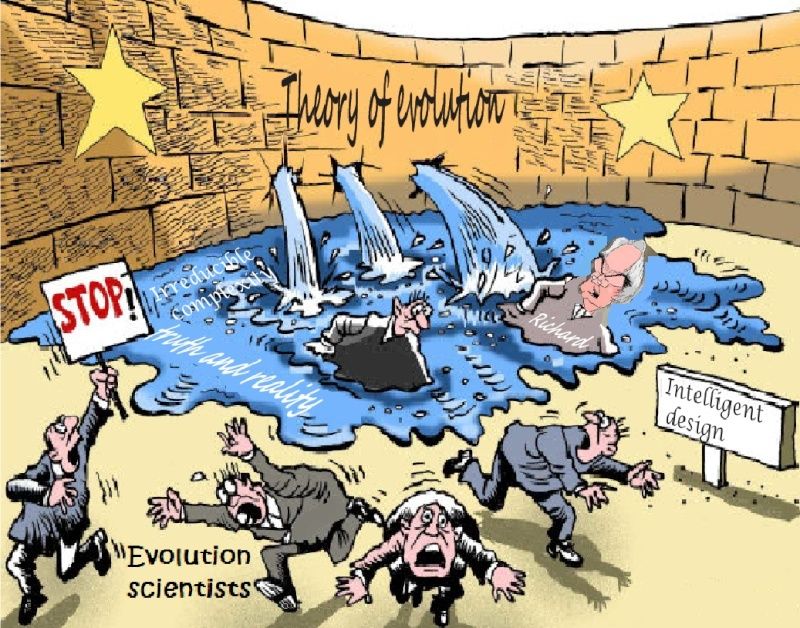 Defending the Christian Worlview, Creationism, and Intelligent Design » Philosophy and God » The dyke is breaking