The big brother of Platypus

“When I first saw it, I just said ‘What?!’ and didn’t speak for a while,” said one of the researchers who studied the fossils of a prehistoric marine reptile.

No mammal may be more perplexing than the platypus. Attached to its furry, otter-like body are four webbed feet, several sharp claws, a beavertail, and, of course, that iconic duckbill. The females lay eggs and males sport venom-secreting spurs on their hind legs. One could only imagine how dumbfounded the first people to stumble upon these creatures were.

But if you were to wager a guess, they probably had a similar expression to that of Ryosuke Motani when he initially encountered the fossilized remains of the extinct marine reptile called Eretmorhipis carrolldongi.

Like the platypus, this recently discovered prehistoric creature had a duckbill. But then nature made it even weirder, adding plates on its back like a stegosaurus, a long tail like a crocodile, large paddle-like limbs and a tiny head with teeny eyes.

“It’s a pretty strange chimera of features,” said Dr. Motani, a paleobiologist at the University of California, Davis. “When I first saw it, I just said ‘What?!’ and didn’t speak for a while.”

Dr. Motani and a team of researchers led by Long Cheng, a paleontologist at the Wuhan Center of China Geological Survey, examined two specimens of the new species that had been found in China’s Hubei province. They published their findings Thursday in the journal Scientific Reports.

The first specimen was discovered about a decade ago, but it was missing a head. The second was unearthed by Dr. Cheng in 2015.  Though the sea creature measured about two feet long, its eye sockets were only about a centimeter wide. That surprised the researchers. Prehistoric marine reptiles, like the ichthyosaurs, typically had big eyes that helped them spot prey in the dim waters where they swam. The scientists concluded that E. carrolldongi most likely did not rely on sight to catch its meals. Also, its small head ruled out the possibility that it made much use of sound underwater.

“What sense could it have used?” said Olivier Rieppel, a paleontologist at the Field Museum in Chicago and an author of the paper. “If it isn’t hearing, it isn’t seeing and it isn’t smelling, what’s left?” The answer was practically poking them in the face: the duckbill. Because the snout looked very similar to that of the platypus, the team concluded that the prehistoric reptile may have used its muzzle to feel out prey like a platypus. This would be an example of convergent evolution, which is when two unrelated organisms independently develop similar features because of the evolutionary pressures of their environments. Most likely the marine reptile’s food of choice in the lagoons where it lived was small shrimp.

“When the time came for feeding it just flicked its head to the right or left and if it hits something, it eats,” Dr. Motani said. If their finding is confirmed, that would make E. carrolldongi the earliest known example of an amniote — the group that includes mammals, reptiles and birds — that uses touch over sight to hunt. Their finding also leaves the door open for another potential sensory similarity between the marine reptile and the platypus: electroreception, or the ability to find prey using electrical impulses. But alas, until the team uncovers fossilized soft tissue, they will never know whether or not E. carrolldongi and the platypus shared a superpower. 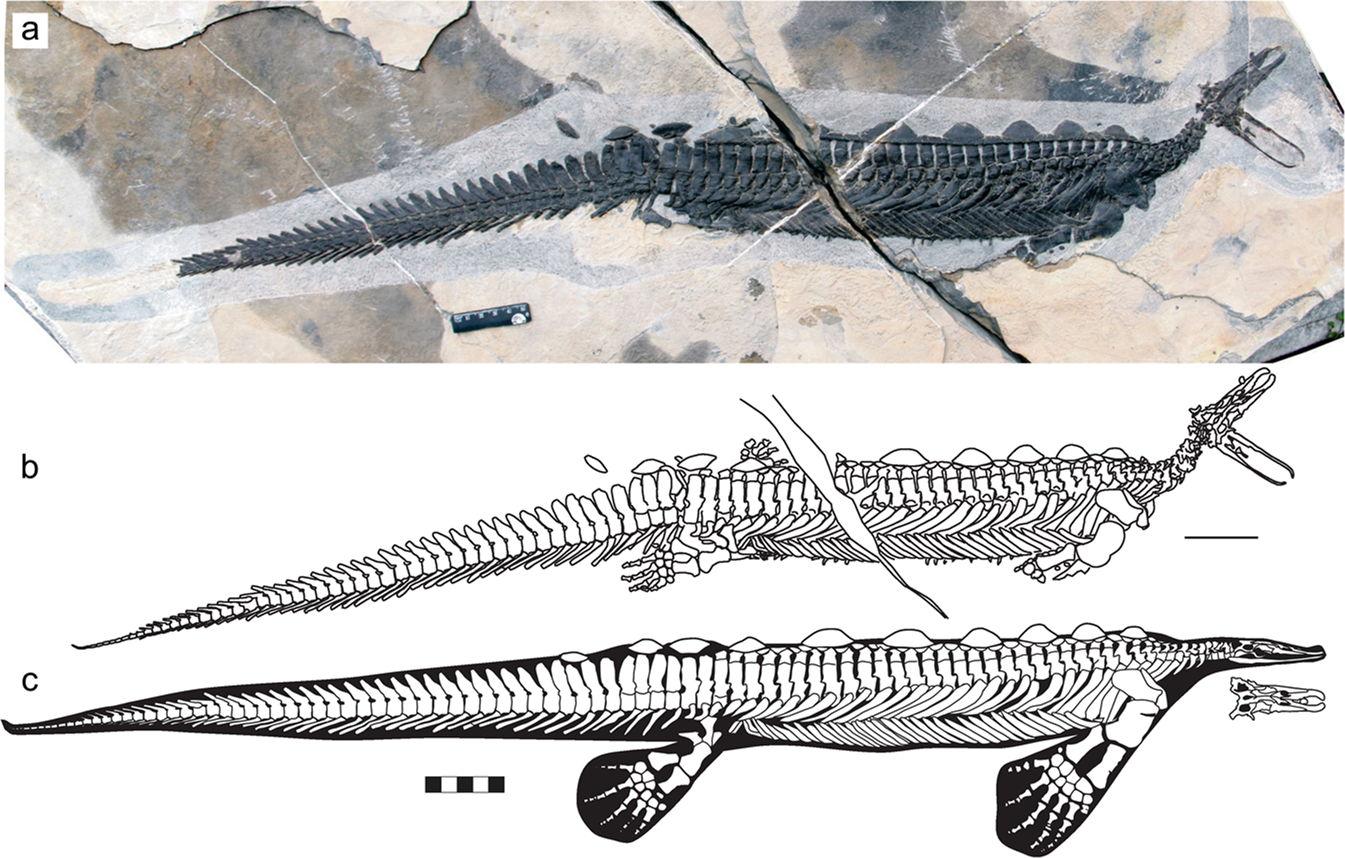 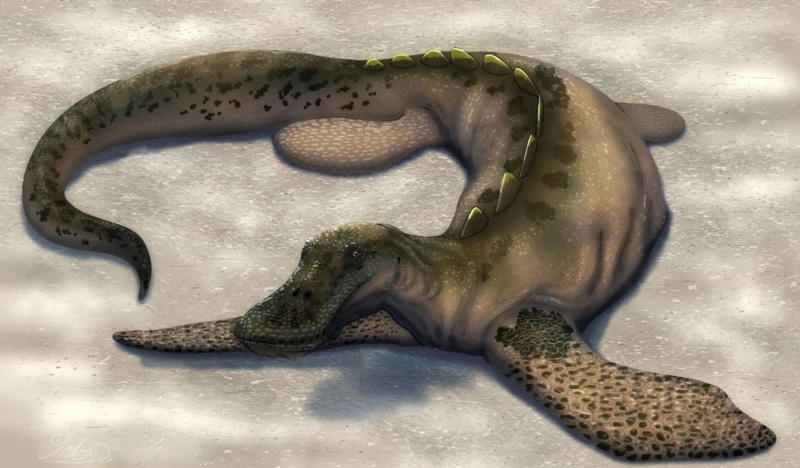