There are many things that we simply take as granted, without spending too much thought. Laughing is one of them. If evolution is true, why did homo sapiens evolve that ability? For example, the science paper: THE EVOLUTION AND FUNCTIONS OF LAUGHTER AND HUMOR: A SYNTHETIC APPROACH from 2005 says:

We hypothesize that Duchenne laughter became fully ritualized in early hominids between 4 and 2 mya as a medium for playful emotional contagion. This mechanism would have coupled the emotions of small hominid groups and promoted resource-building social play during the fleeting periods of safety and satiation that characterized early bipedal life. Protohumor were well established in the hominid biobehavioral repertoire when more cognitively sophisticated traits evolved in the hominid line between 2 mya and the present. 1

In the end, the author admits that:

The scientific study of laughter and humor is still in its infancy relative to other comparable subjects in emotions and communication research.

Perhaps the most immediate criticism that can be made of our evolutionary hypothesis is that it has all the makings of a “just-so story.”

Another article: The evolutionary origins of laughter are rooted more in survival than enjoyment April 13, 2016, 2 admits:

laughter’s function as a form of communication remains mysterious.

My comment: If evolution is all about survival of the fittest, the evolution of laugh makes no sense whatsoever. Another paper claims:

My comment: How isn't following not a just-so assertion? The authors do not spend one line explaining why evolution would select such a new trait or function.

Why did early humans laugh?
Another reason our laughter evolved was associated with the relief of tension, worry, anxiety or threat. After a near miss with a dangerous animal our ancestors may have laughed to help release trapped tension in their muscles and skeletal structure.

Primitive laughter also originated in periods of satiation and relaxation, signalling a sense of wellbeing within the group and lengthening periods of play, enjoyment and community.

My comment: To me, this seems just a hopeless parade of pseudo-scientific attempts to explain the origin of laugh, but without actually giving a "real" explanation. 4

Scientific American is more honest in outlining the problem of explaining the origin of laugh:

Even the validity of seeking a unified theory of humor is debated. “It is presumptuous to think about cracking the secret of humor with a unified theory,” Forabosco says. “We understand many aspects of it, and now the neurosciences are helping to clarify important issues. But as for its essence, it’s like saying, ‘Let’s define the essence of love.’ We can study it from many different angles; we can measure the effect of the sight of the beloved on a lover’s heart rate. But that doesn’t explain love. It’s the same with humor. In fact, I always refer to it by describing it, never by defining it.” 5


For me, the origin of laughter is far better explained by creation. Following article brings it to the point:

“Joy, humor, and laughter should be part of everyone's spiritual life. They are gifts from God and help us enjoy creation.” ― James Martin  6

Think about it. When God was creating mankind, He equipped us to experience a special burst of enjoyment...a way to release stress and relish the unusual, crazy things in life.

But did you know that laughter also has these 4 additional benefits?

God tells us in Proverbs 17:22 that "a merry heart does good like a medicine." And He means it!

Laugh, rejoice, sing, and enjoy the God who gave us laughter. Let it sweep through your soul today and improve your overall health. 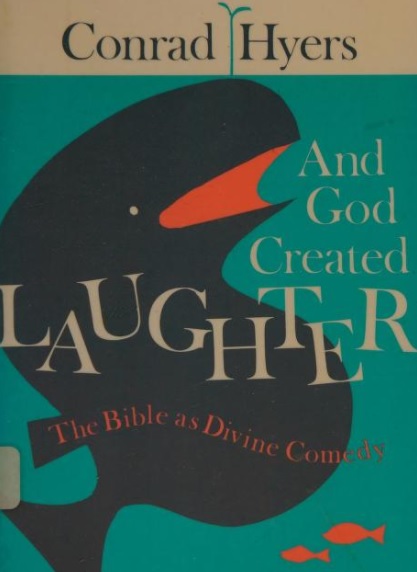 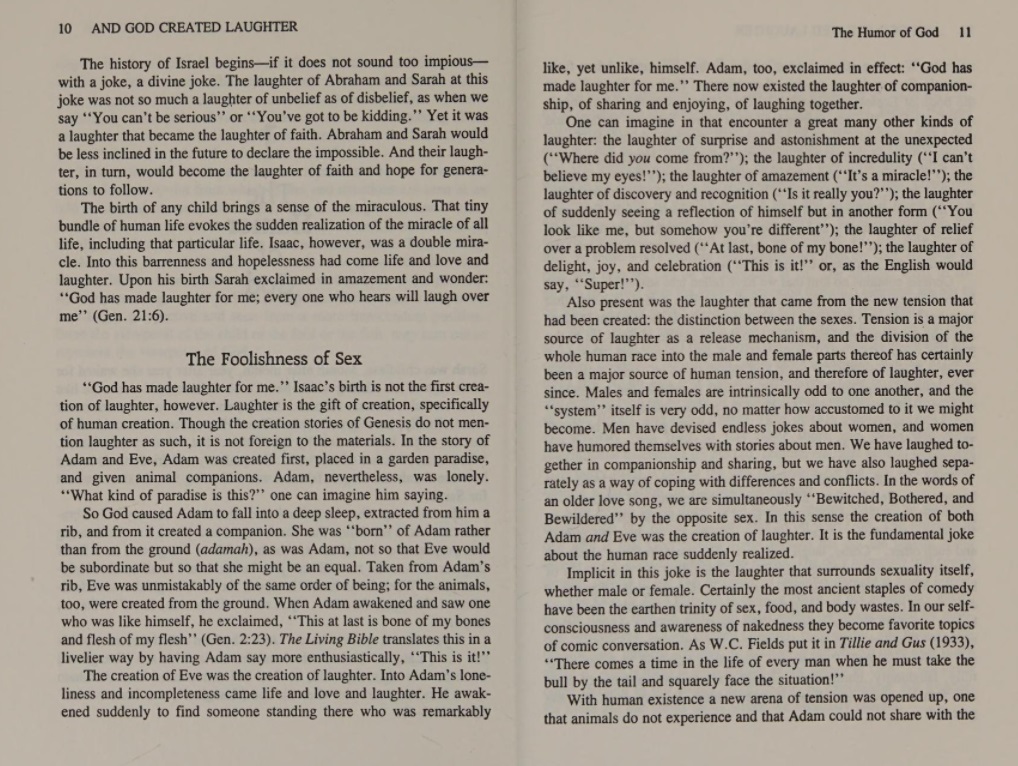 » Is the eye bad designed ?
» Who designed the designer ?
» Fingerprints Designed by God
» The model of intelligent design makes predictions, and is testable
» Molecular Motors amazingly designed