The Tower of Babel

The biblical record doesn’t tell us the date of the start of the building of the tower. Peleg lived during the time period of the Tower of Babel (Genesis 10: 25, 11: 9) and he thus acts as a watch clock for this era. 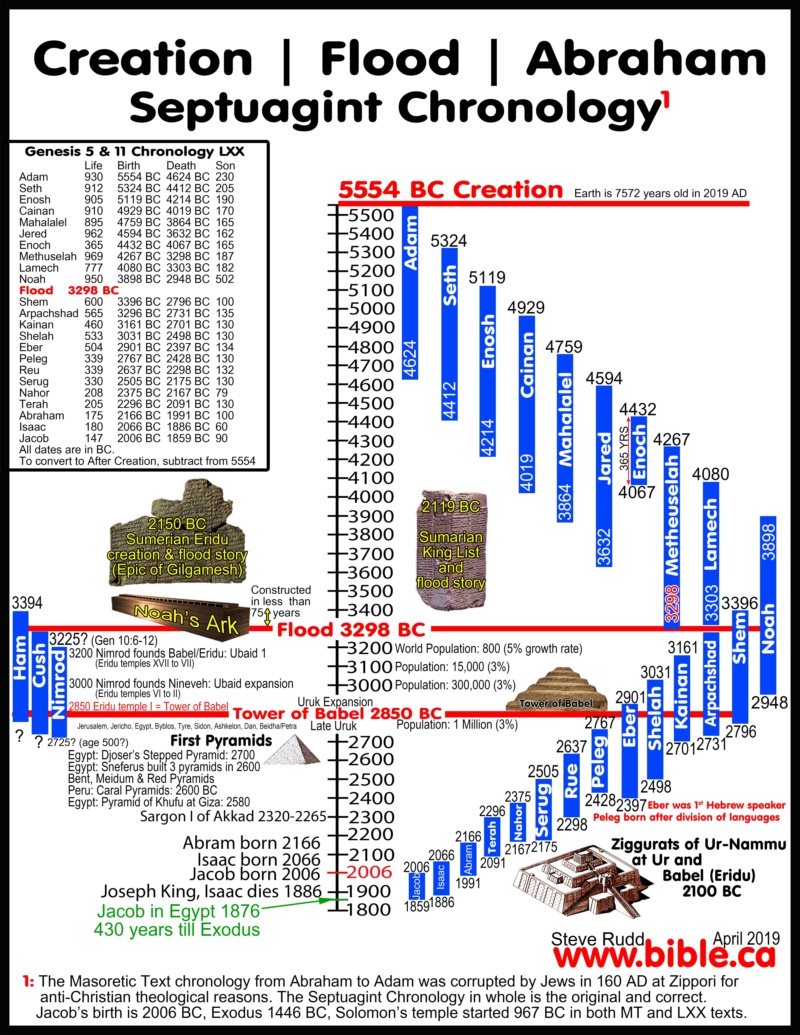 Hugh Henry Does the Tower of Babel Confirm Genealogical Gaps in Genesis 11?
A minimum of 10,000–100,000 people is required before “a systemic division of labor might take firm hold.” Babel would be far below these numbers ~101 years after the flood. Only in the sixth or seventh generation after Noah’s sons—almost 200 years after the flood—would the city have this many people.
https://reasons.org/explore/blogs/voices/does-the-tower-of-babel-confirm-genealogical-gaps-in-genesis-11

PAUL H. SEELY THE DATE OF THE TOWER OF BABEL 2001
The vast majority of scholars agree that a ziggurat is intended. We need to ask, therefore, when did ziggurats first appear in Babylonia? The answer is, during the period of Uruk 5 and 4, that is, the protohistoric period, 3500 to 3000 B.C.23 We see then that the archaeological facts coalesce around the dates 3500 to 3000 B.C. The building of a city not just a settlement, the use of baked brick, the use of bitumen for mortar and the fact that a ziggurat is being built all dovetail in date. This remarkable agreement makes it highly probable that the earliest date to which we can ascribe the tower of Babel as described in Gen 11:1-9 is c. 3500 to 3000 B.C. But, what is the latest date to which we can ascribe its building? There is a text saying that Sharkalisharri restored the temple-tower at Babylon c. 2250 B.C., and another text indicates that Sargon I destroyed Babylon c. 2350 B.C.24 This suggests that there was a city established at Babylon before 2350 B.C.; so, allowing a modest 50 years of city history, we can set 2400 B.C. as the terminus ante quem for the first ziggurat built in Babylon.25 We can thus date the building of the tower of Babel sometime between 3500 and 2400 B.C.

All four of these evangelical scholars, therefore, confirm that the tower of Babel should be dated between 3000 and 2000 B.C., with 3500 B.C. as the earliest date.

Recorded history
The earliest chronologies date back to the earliest civilizations of Early Dynastic Period Egypt, Mesopotamia and the Sumerians
https://en.wikipedia.org/wiki/Recorded_history

The origins of writing
Egyptian and Mesopotamian scripts appeared almost simultaneously (between 3500 and 3200 BC).
http://magazine.uchicago.edu/1102/features/the_origins_of_writing.shtml

James R. Honey Biblical Chronology and Egyptian History 1998
The chronology of both Biblical History and the Sothis King list agree exactly. The background in Egyptian history for every contact with Israel also emerges. Evidence presented early in this paper placed the Flood about 3300 B.C. Therefore, the Egyptologist's date of 3100-3200 B.C. for the First Dynasty is too early. Migration to Egypt would follow the Tower of Babel, and after some Stone Age living along the Nile, culture and government would develop. After an unknown period of years, these authorities were brought together under a Pharoah, establishing the First Dynasty. Courville [3, p.21 0] did not claim a date for the First Dynasty, but he could only justify from his own research a date of 2124 B.C. for its beginning. Contacts with Israel started somewhat later.

When we analyze inflated Egyptian history, it becomes apparent that the Egyptian priest, Manetho, who provided a complete list of Pharoahs, was not concerned about a record of the passage of time. He apparently recorded all the years of co-regency and sole reign for every person who had any claim to the title of Pharoah. He also recorded all the dynasties of Pharoahs, without regard to any which might be contemporary. To him, the Pharoahs were important; chronology was not.
https://digitalcommons.cedarville.edu/cgi/viewcontent.cgi?article=1255&context=icc_proceedings

History of China
The earliest known written records of the history of China date from as early as 1250 BC, from the Shang dynasty (c. 1600–1046 BC), during the king Wu Ding's reign,[1][2] who was mentioned as the twenty-first Shang king by the same. Ancient historical texts such as the Book of Documents (early chapters, 11th century BC), the Records of the Grand Historian (c. 100 BC) and the Bamboo Annals (296 BC) mention and describe a Xia dynasty (c. 2070–1600 BC) before the Shang, but no writing is known from the period, and Shang writings do not indicate the existence of the Xia

The earliest evidence of cultivated rice, found by the Yangtze River, is carbon-dated to 8,000 years ago.