Kenan AJBozhüyük Engineering enzymatic assembly lines to produce new antibiotics October 2019
Recently our understanding of assembly line structural biology, including an appreciation of the conformational changes that occur during the catalytic cycle, have improved hugely.  Nature’s proven ability to ‘engineer’ assembly-line enzymes remains difficult to recapitulate in the lab.
https://www.sciencedirect.com/science/article/pii/S1369527419300268

Janet L. Smith An Enzyme Assembly Line 2008 Sep 5
The fundamental polymers of biology—proteins, DNA, and RNA—are products of repetitive condensation of simple amino acid or nucleotide building blocks. Other biomolecules require additional reactions beyond condensation of building blocks. Examples are the fatty acids and the polyketide and nonribosomal peptide secondary metabolites. These molecules are produced by complex enzyme assembly lines that include multiple catalytic domains.
https://www.ncbi.nlm.nih.gov/pmc/articles/PMC2936446/

Drew A. Vander Wood The Modules of trans-Acyltransferase Assembly Lines Redefined with a Central Acyl Carrier Protein 2018 June
The key domain in both the polyketide synthase (PKS) and nonribosomal peptide synthetase (NRPS) modules of assembly lines is the acyl carrier protein (ACP).
https://europepmc.org/backend/ptpmcrender.fcgi?accid=PMC5934314&blobtype=pdf

Microbial cell factory is an approach to bioengineering  which considers microbial  cells as a production facility in which the optimization process largely depends on metabolic engineering
https://en.wikipedia.org/wiki/Microbial_cell_factory

Science papers:
The Molecular Fabric of Cells  BIOTOL, B.C. Currell and R C.E Dam-Mieras (Auth.)
Plant Cells as Chemical Factories: Control and Recovery of Valuable Products
Fine Tuning our Cellular Factories: Sirtuins in Mitochondrial Biology
Cells As Molecular Factories
Eukaryotic cells are molecular factories in two senses: cells produce molecules and cells are made up of molecules.
Ribosome: Lessons of a molecular factory construction
Nucleolus: the ribosome factory
Ribosome: The cell city's factories
The Cell's Protein Factory in Action
What looks like a jumble of rubber bands and twisty ties is the ribosome, the cellular protein factory.
Chloroplasts are the microscopic factories on which all life on Earth is based.
Visualization of the active expression site locus by tagging with green fluorescent protein shows that it is specifically located at this unique pol I transcriptional factory.
There are millions of protein factories in every cell. Surprise, they’re not all the same
Rough ER is also a membrane factory for the cell; it grows in place by adding membrane proteins and phospholipids to its own membrane.
Endoplasmic reticulum: Scientists image 'parking garage' helix structure in protein-making factory
Theoretical biologists at Los Alamos National Laboratory have used a New Mexico supercomputer to aid an international research team in untangling another mystery related to ribosomes -- those enigmatic jumbles of molecules that are the protein factories of living cells.
The molecular factory that translates the information from RNA to proteins is called the "ribosome"
Quality control in the endoplasmic reticulum protein factory
The endoplasmic reticulum (ER) is a factory where secretory proteins are manufactured, and where stringent quality-control systems ensure that only correctly folded proteins are sent to their final destinations. The changing needs of the ER factory are monitored by integrated signalling pathways that constantly adjust the levels of folding assistants.
Molecular factories: The combination between nature and chemistry is functional

The Cell is a super computer
https://reasonandscience.catsboard.com/t2712-the-cell-is-a-super-computer?highlight=computer

Your Cortex Contains 17 Billion Computers
Yes, the brain is a computer…
An 83,000-Processor Supercomputer Can Only Match 1% of Your Brain
Why cells are like computers—And how ‘hacking’ them could lead to new diagnostic tools
Hidden Computational Power Found in the Arms of Neurons
Dendritic action potentials and computation in human layer 2/3 cortical neurons
Single neuron dynamics and computation
What can a single neuron compute?
Brain-Inspired Computing Could Lead to Better Neuroscience 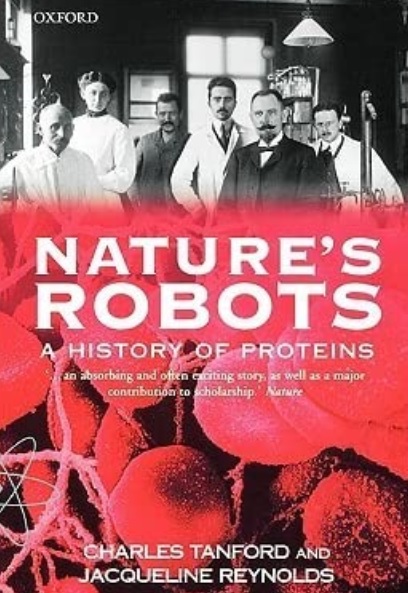