Defending the Christian Worlview, Creationism, and Intelligent Design » Does God exist ? origin of God - metaphysical reality » God: Who is God ? Attributes of God

God: Who is God ? Attributes of God

God is spaceless, timeless, immaterial, powerful, intelligent and personal, which brought space, time, matter into being.

Only the God of the Bible is described with the following characteristics:

Supernatural in nature (as He exists outside of His creation)
Incredibly powerful (to have created all that is known)
Eternal (self-existent, as He exists outside of time and space)
Omnipresent (He created space and is not limited by it)
Timeless and changeless (He created time)
Immaterial (because He transcends space)
Personal (the impersonal can’t create personality)
Necessary (as everything else depends on Him)
Infinite and singular (as you cannot have two infinities)
Diverse yet has unity (as all multiplicity implies a prior singularity)
Intelligent (supremely, to create everything)
Purposeful (as He deliberately created everything)
Moral (no moral law can exist without a lawgiver)
Caring (or no moral laws would have been given)

God transcends space and the universe
PHILOSOPHICAL FOUNDATIONS FOR A CHRISTIAN WORLDVIEW J. P. MORELAND & WILLIAM LANE CRAIG page 518
God transcends space is that we know, in virtue of the doctrine of creation, that God existing alone without creation is spaceless. For on a relational view of space, space does not exist in the utter absence of any physical reality, and on a substantial view of space, space is a thing or substance and therefore must have been created by God. In either case, then, God brings space into being at the moment of his creation of the universe. Without creation, therefore, God exists spacelessly. But the creation of space would do nothing to “spatialize” God, that is to say, to draw him into space. The creating of space is not itself a spatial act (as is, say, bumping something). Hence, there is just no reason to think that divine spacelessness is surrendered in the act of creation. If not, then omnipresence should be understood in terms of God’s being immediately cognizant of and causally active at every point in space. He knows what is happening at every spatial location in the universe and he is causally operative at every such point, even if nothing more is going on there than quantum fluctuations in the vacuum of “empty” space. God’s spacelessness would be the functional equivalent of an embedding hyperdimension of space. Just as a three-dimensional being could act in the two-dimensional plane in ways that would appear mysterious to the inhabitants of Flatland, so the transcendent God can act immediately at any point in our three-dimensional world.

- Extreme Intelligence and engineering is required throughout all levels.
- Orderly and logical laws ingrained everywhere.
- Great creativity variety and aesthetic beauty.
- And the fact persons were created in humanity as the image of God. Our personhood is a limited and minor representation of our personal creator.

Sometimes God will be alluded to as an Infinite Personal Existence
beyond the limitations of time and space...

an Infinite Spiritual Existence beyond the limitations of time and
space

but all of these actually defame God to a degree...and are somewhat
vain. They do not speak of God's incredible love for His children.

God exists. He is. He is revealed in the O.T. as "I AM" or YHWH
(known as the Tetragrammaton).

He is the beginning and the end. The Alpha and the Omega. From
everlasting to everlasting He is God.

He is a Heavenly Father - but NOT a finite existence. He is an
Infinite Heavenly Father Who is an Infinite Spiritual Existence without
body or mass. This is very important because "the old man in the
clouds" is a straw man.

Multiple gods isn't possible. If God is defined as completely actually with no potential, there cannot be another with the same maximally actual characteristics. Otherwise, there would be no differentiation and thus, no possibility of more than one essence which has the fully actualized characteristics of that which is traditionally known as "God."

If there were more gods than one, there would be various infinite beings; but this cannot be. For, being infinite, such gods would have all perfections, and therefore everything that the one had the other would also have; they would then not differ except numerically. But they could not differ numerically; for this would suppose that their individuality would be really distinct from their essence, since the essence is really separated in the second god from the individuality of the first. But we have seen that there is no real distinction between the essence of God and His individuality. Therefore there is only one God.
https://maritain.nd.edu/jmc/etext/lamp26.htm 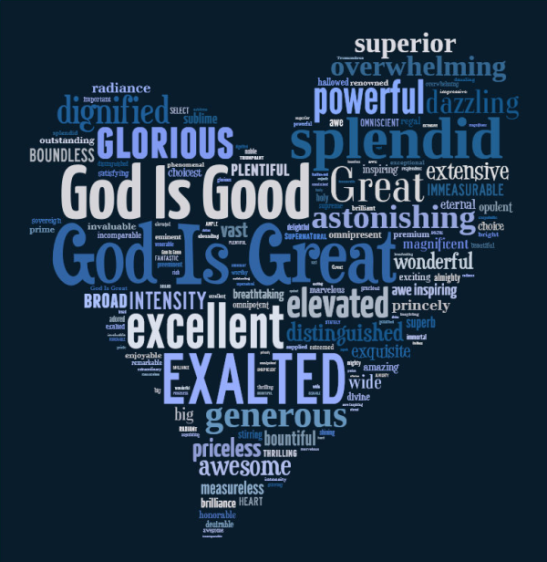 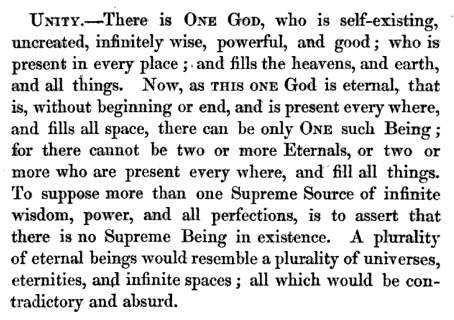 Admin
Posts : 6082
Join date : 2009-08-09
Age : 54
Location : Aracaju brazil
Who is God? What is God? How can we know God?
Who is God? - The Fact
The fact of God’s existence is so conspicuous, both through creation and through man’s conscience, that the Bible calls the atheist a “fool” (Psalm 14:1). Accordingly, the Bible never attempts to prove the existence of God; rather, it assumes His existence from the very beginning (Genesis 1:1). What the Bible does is reveal the nature, character, and work of God.

Who is God? - The Definition
Thinking correctly about God is of utmost importance because a false idea about God is idolatry. In Psalm 50:21, God reproves the wicked man with this accusation: “You thought I was altogether like you.” To start with, a good summary definition of God is “the Supreme Being; the Creator and Ruler of all that is; the Self-existent One who is perfect in power, goodness, and wisdom.”

Who is God? - His Work
We cannot understand God apart from His works, because what God does flows from who He is. Here is an abbreviated list of God’s works, past, present, and future: God created the world (Genesis 1:1; Isaiah 42:5); He actively sustains the world (Colossians 1:17); He is executing His eternal plan (Ephesians 1:11) which involves the redemption of man from the curse of sin and death (Galatians 3:13-14); He draws people to Christ (John 6:44); He disciplines His children (Hebrews 12:6); and He will judge the world (Revelation 20:11-15).

Re: God: Who is God ? Attributes of God

Defending the Christian Worlview, Creationism, and Intelligent Design » Does God exist ? origin of God - metaphysical reality » God: Who is God ? Attributes of God