Defending the Christian Worldview, Creationism, and Intelligent Design » Origin of life » Examples of claims based on imagination & speculation to explain the origin of life

Examples of claims based on imagination & speculation to explain the origin of life Tue Jun 14, 2022 4:56 am

I made a google search: Origin of life, and abiogenesis, and clicked on the links of the first peer-reviewed papers that popped up in regards to the Origin of life. The size of the festival of absurd claims cannot be overstated.

E.G.Nisbet (2003): The “panspermia” hypothesis is simple (Crick, 1981)—Earth was seeded by little green men from outer space, who spread life cells by sending rockets throughout the galaxy. This hypothesis has the attraction of avoiding the impossible task of elucidating how life began on Earth by transferring the problem to another planet far away and long ago; it also achieves a happy congruence with Star Trek's DNA-based universe. However, it is not discussed why the men were green, or why they were men: pan-oo would be perhaps more likely than pan-sperm.6

Jack W. Szostak (2011):  The first cell membranes are thought to have self-assembled from simple, single-chain lipids synthesized in the environment. We have argued that phospholipid-driven competition could have led early cells into an evolutionary arms race leading to steadily increasing diacyl lipid content in their membranes. early changes in cell membrane composition and permeability, driven by the simple physical phenomena demonstrated here, could have been an important driver of the evolution of metabolism and membrane transport machinery. 1

BBC Earth (2021): Over the last century, a few scientists have tried to figure out how the first life might have sprung up. They have even tried to recreate this Genesis moment in their labs: to create brand-new life from scratch. So far nobody has managed it, but we have come a long way. Today, many of the scientists studying the origin of life are confident that they are on the right track – and they have the experiments to back up their confidence. 2

Alexei A.Sharov (2018): life originated from simple but already functional molecules, and its gradual evolution towards higher complexity was driven by cooperation and natural selection. 3

Maheen Gull (2021): There is a strong possibility of the emergence of life on the early Earth as a consequence of the abiotic synthesis of organic molecules via interstellar chemical reactions and their subsequent delivery to early Earth via meteoritic bombardments, followed by concentration, self-assembly reactions catalyzed by the minerals present on the early Earth, and finally the proliferation of the early life on the Earth. 10 January 2021

Paul C.H.Veeken (2013): The origin of life on Earth could have resulted from asteroid impacts, carrying life forms and molecules from far away planets and even from different solar systems 5

Addy Pross (2013): Just as Darwin, in the very simplest of terms, pointed out how natural selection enabled simple life to evolve into complex life, so the recently proposed general theory of evolution points out in simplest terms how simple, but fragile, replicating systems could have complexified into the intricate chemical systems of life. 7

Stephen Freeland (2022): RNA, proteins and the genetic code that binds them each look like products of natural selection. Once we recognize with clarity the present (still imperfect) dichotomy between genes and metabolism as an outcome of considerable evolution, the answer to ‘genes-first or metabolism-first?’ becomes ‘both, but probably in neither of the chemical formats (structures) by which we understand such terminology today’. 8

Tomonori Totani: (2020) A polymer longer than 40–100 nucleotides is necessary to expect a self-replicating activity, but the formation of such a long polymer having a correct nucleotide sequence by random reactions seems statistically unlikely. However, our universe, created by a single inflation event, likely includes more than 10^100 Sun-like stars. If life can emerge at least once in such a large volume, it is not in contradiction with our observations of life on Earth, even if the expected number of abiogenesis events is negligibly small within the observable universe that contains only 10^22 stars. An active RNA can indeed be produced somewhere in an inflationary universe, giving a solution to the abiotic polymerization problem. It has been shown that the first RNA polymer with a replicase activity can be abiotically assembled by the most conservative polymerization process, i.e., random Poissonian adding of monomers, if we require that it occurs more than once somewhere in the physical volume of a universe created by an inflation, rather than inside the observable universe for us. This gives a simple solution to the abiotic polymerization problem to initiate the RNA world. 9

Timothy West: (2017)A rudimentary form of heredity can drive the synthesis of organic molecules within protocells, promoting their growth and reproduction. Several considerations suggest that the model parameters are not unreasonable. In sum, the computational model developed here shows that a simple form of heredity, based on positive feedbacks in the chelation and partitioning of FeS nanocrystals to the membrane, could drive the growth and proliferation of protocells under geologically sustained proton gradients. The fastest-growing protocells are more likely to generate higher concentrations of organics internally, which should promote more complex biochemistry and energy coupling, ultimately giving rise to genetic heredity—an RNA world linked to the growth and proliferation of protocells. 10 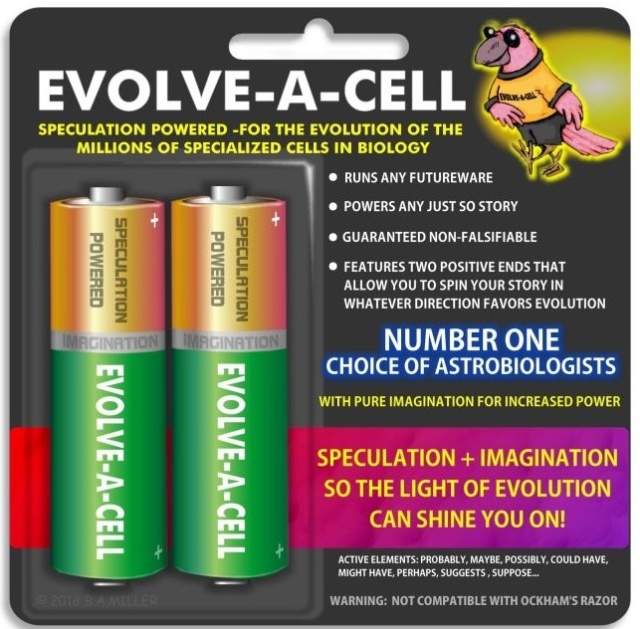 1. Jack W. Szostak: Physical effects underlying the transition from primitive to modern cell membranes February 17, 2011
2. BBC Earth: The secret of how life on Earth began 6/11/2021
3. Alexei A.Sharov: Coenzyme World Model of the Origin of Life 2018
4. Maheen Gull The Role of Glycerol and Its Derivatives in the Biochemistry of Living Organisms, and Their Prebiotic Origin and Significance in the Evolution of Life 10 January 2021
5. Paul C.H.Veeken: Depositional environment and lithofacies interpretation 2013
6. E.G.Nisbet: The Early History of Life 2003
7. Addy Pross: The origin of life: what we know, what we can know and what we will never know 2013 Mar; 3
8. Stephen Freeland: Undefining life's biochemistry: implications for abiogenesis 23 February 2022
9. Tomonori Totani: Emergence of life in an inflationary universe 03 February 2020
10. Timothy West: The origin of heredity in protocells 2017 Oct 23
11. K. Eric Drexler: Molecular Imprinting: The missing piece in the puzzle of abiogenesis? July 20, 2018

Defending the Christian Worldview, Creationism, and Intelligent Design » Origin of life » Examples of claims based on imagination & speculation to explain the origin of life