The Big Bang theory relies on a atheistic world view. 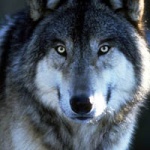 10. The heart of the big bang is atheism

Let’s delve into the motive for the presupposition. Why should big bang theorists go to all this trouble to contrive a cosmology in which the Earth is not in a special place? Astrophysicist Richard Gott, in the introduction to an article specifically devoted to the Copernican principle, unveils the reason:

‘The Copernican revolution taught us that it was a mistake to assume, without sufficient reason, that we occupy a privileged position in the Universe. Darwin showed that, in terms of origin, we are not privileged above other species. Our position around an ordinary star in an ordinary galaxy in an ordinary supercluster [the local group of galaxies] continues to look less and less special. The idea that we are not located in a special spatial location has been crucial in cosmology, leading directly to the [big bang theory]. In astronomy the Copernican principle works because, of all the places for intelligent observers to be, there are by definition only a few special places and many nonspecial places, so you are likely to be in a nonspecial place’ [emphasis mine].50

elshamah888 wrote:
The word ‘likely’ above reveals a lot. Richard Gott evidently believes we are where we are by accident! It apparently doesn’t enter his head that an intelligent Designer, God, might have placed us in a special position in the cosmos on purpose.

Of course it entered his head. As he said, it's likely. That means he is well aware of alternate possibilities. He's make a probabilistic argument. He believes that it is unlikely we are in a special place in the universe.

elshamah888 wrote:Thus the ultimate motive behind the Copernican principle is atheistic naturalism.

elshamah888 wrote:Since that is the driving philosophy behind naturalistic evolutionism, Gott’s reference to Darwin is appropriate. The big bang and Darwinism are two halves, physical and biological, of an atheistic origins myth.

They are neither mythical nor inherently atheistic.

elshamah888 wrote:
Thus, Christians who support the big bang theory should realize that they are unwittingly denying their God and compromising with a godless worldview.