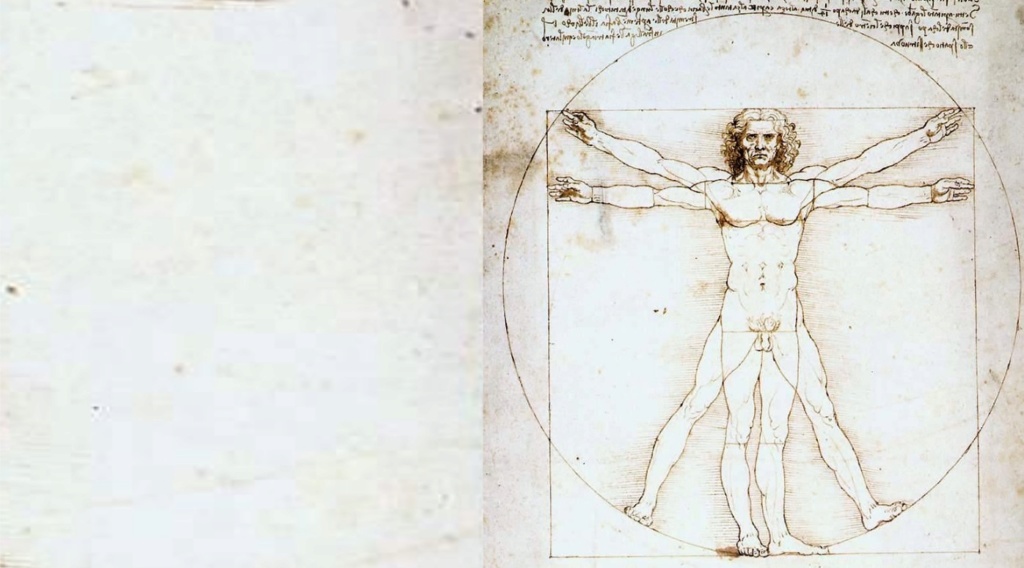 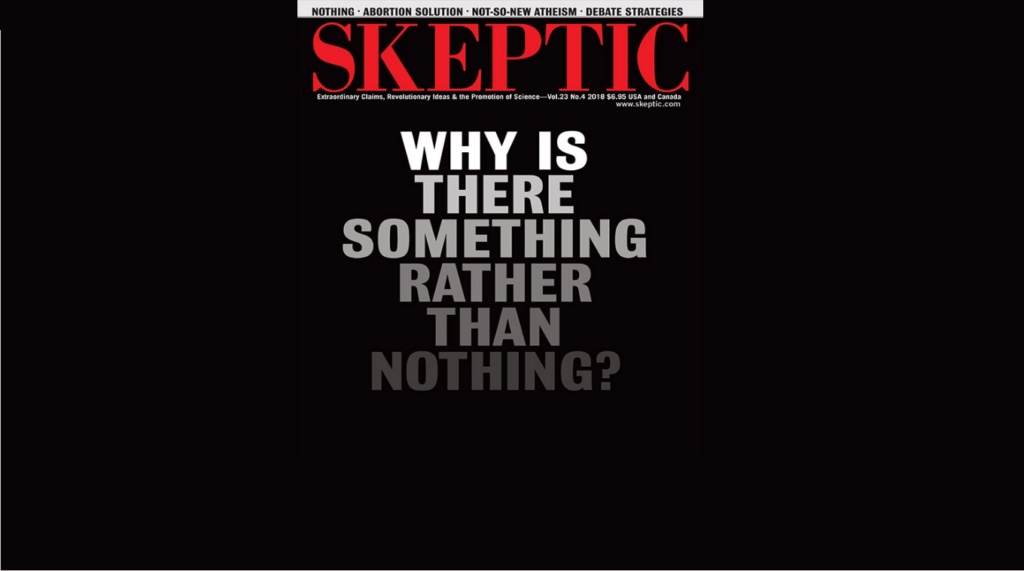 This is probably one of, if not the most fundamental philosophical question we can ask ourselves. If there were ever a state of absolute nothingness, there would still be nothing, and we would not be here.

So, existence in some form must have always been. But why? Truth is, we don't know. Remarkably, God gave to Moses one of the great revelations, when he answered to him: I AM WHO I AM in Exodus 3:14

This indicates infinite existence. God simply is.  “I am who I am” in Hebrew is ehyeh asher ehyeh. The word ehyeh is the first person common singular of the verb to be. 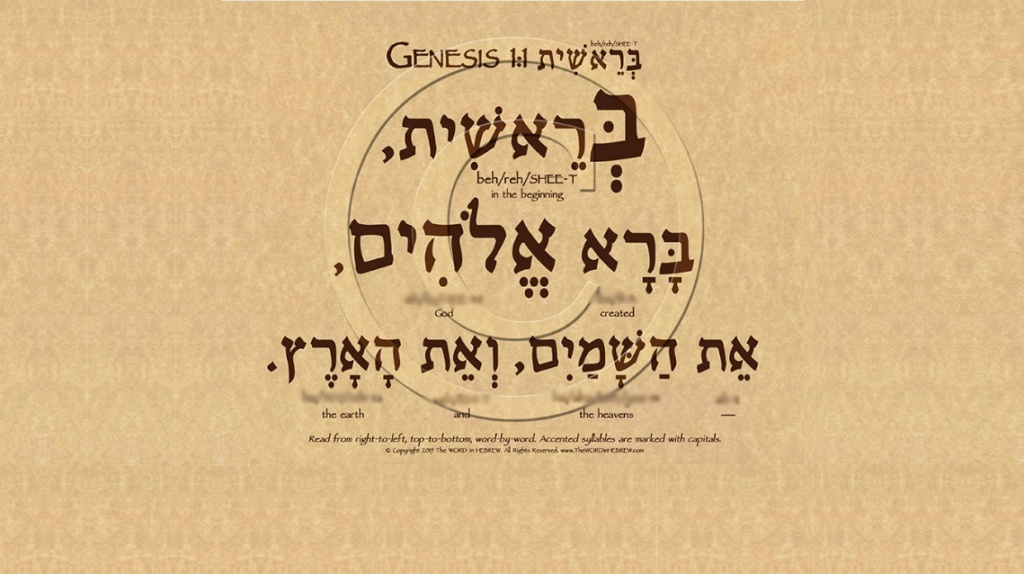 In information theory, semantics can be defined as the weight of the meanings” per sentence or per paragraph. There are literally thousands of books about origins, the beginning of the universe, life, and biodiversity, but none provide genuine answers. Max they can say is; " probably, most likely, we suggest, it seems, it appears " etc. That extends through ALL evolutionary biology. Nobody provides clear certain answers.

Looking at the account of Genesis 1:1 for just a brief moment, the words in that first verse are quite remarkable. They are indicative of the incredible mind of God. God says in that first verse everything that could have been said about creation and He says it in such few terms. The statement is precise and concise almost beyond human composition. 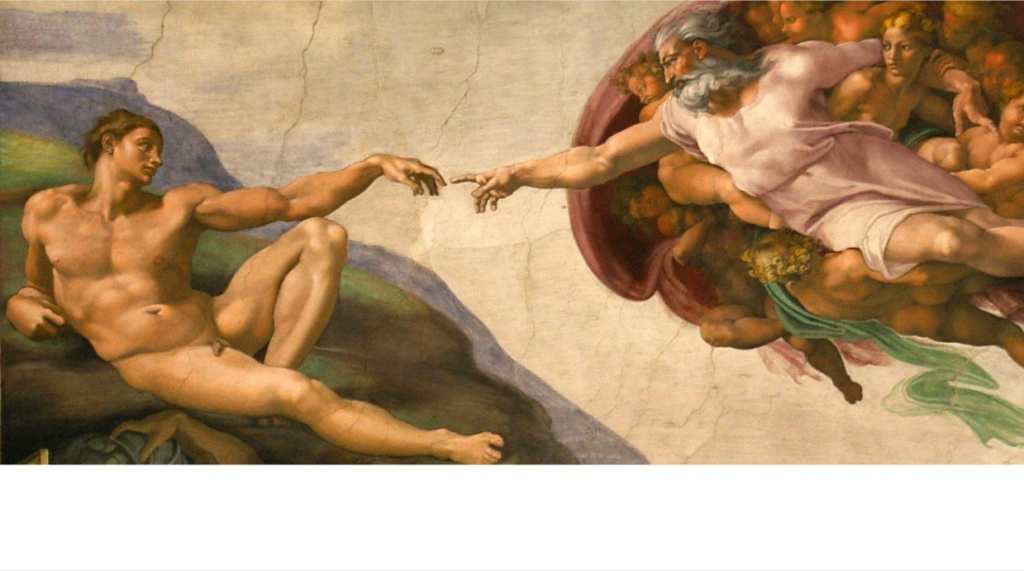 In Gen 2:7 follows: And the origin of man:    “And the Lord God formed man from the dust of the ground and breathed into his nostrils the breath of life, and man became a living being”. These few words comprise a remarkable information content, since they provide answers to many questions. 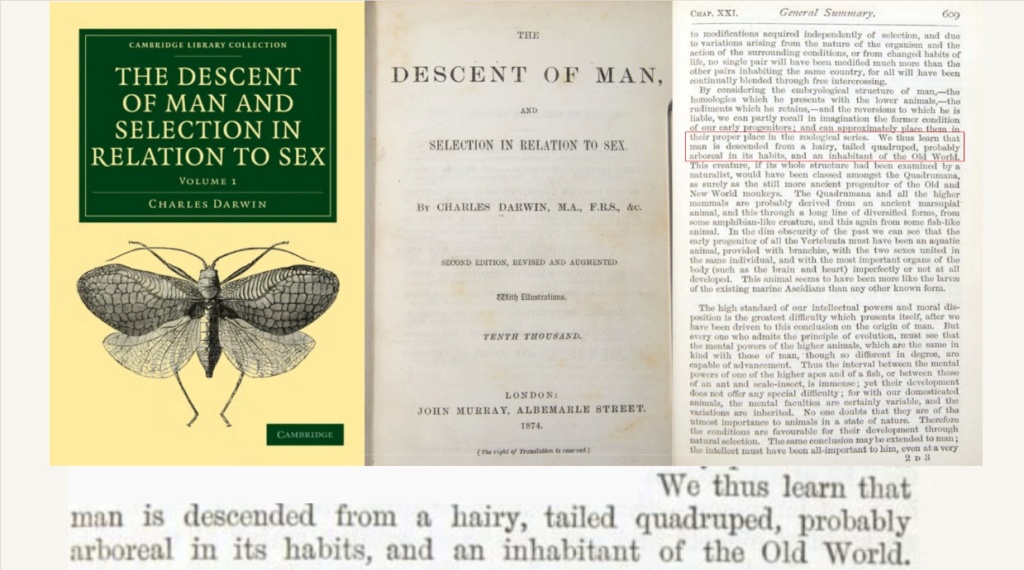 The Genesis account has come to attack latest since the advent of Darwins theory of evolution. Since then, God created life, and man as separate species, the crown of his creation, has come under sever attack, scorn, incredulity, and the claim that we descent from a lower species of animal by a process of “natural selection” has become mainstream science, in direct conflict with Genesis.

This would imply that man was not created by God. Even many Christians today are skeptic that Genesis deserves, even if using a poetic language style, to be taken as a literal account of the creation of man.

The implication of the evolution theory is that it calls to question man’s uniqueness and the authority given to him by God (Gen 2:28) How possible would it be for man to have dominion over an animal supposed to be his grandparents? The theory challenges the foundation of Christian or biblical account of man’s unique creation.


The theory is fatal to human values. If we are descended from apes, then we should still be animals and apes.   The evolution theory has been refuted on scientific grounds and is as such invalid. It is a fantastic hypothesis lacking full factual evidence in any sense. 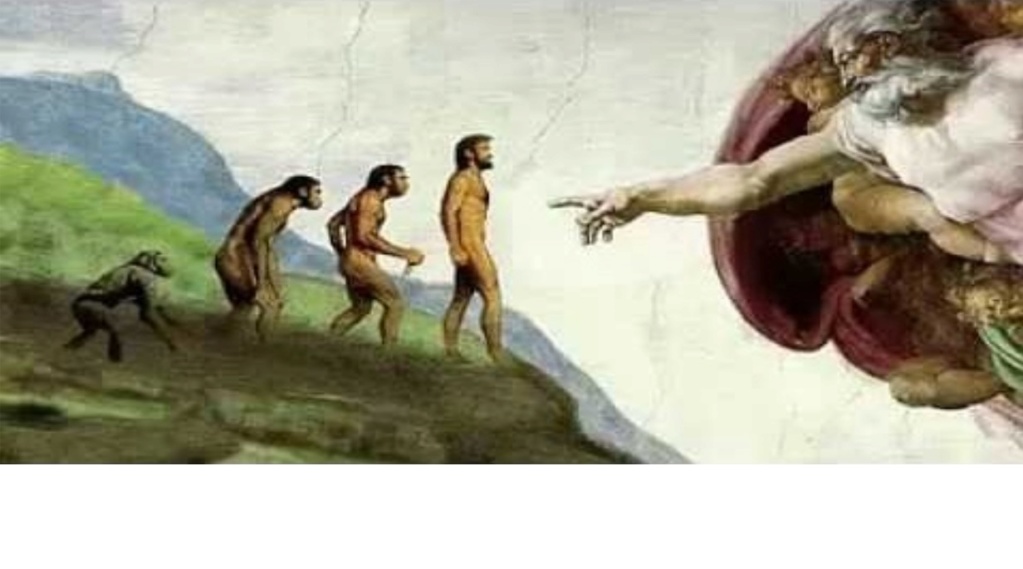 It is an unproven, non-working hypothesis, which has not given any success in demonstrating what it set out to prove, and as such, is as well incompatible with the biblical account in Genesis, and so also incompatible with Christian beliefs. Anyone that tries to harmonize  Genesis with evolution, like theistic evolutionists, might overthink their views.... 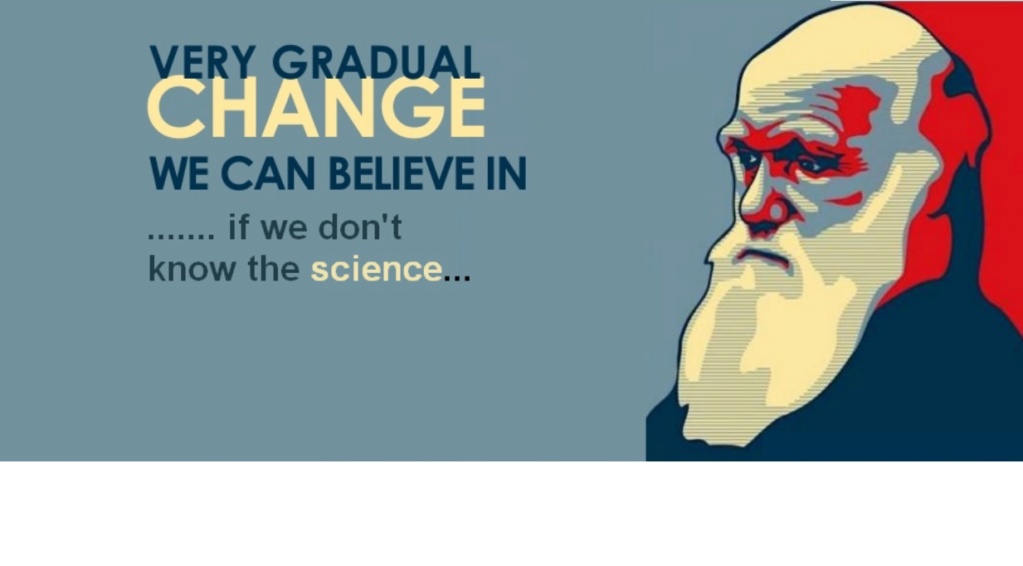 The line of reasoning goes as follows: 1. Biodiversity is explained by evolution. Its a fact confirmed by science. And common ancestry is true.
2. This demonstrates that Genesis is false. No creator required. And abiogenesis, science is still working on it, but with time, will find all the answers.
3. God is not necessary. We have a worldview, that makes sense. 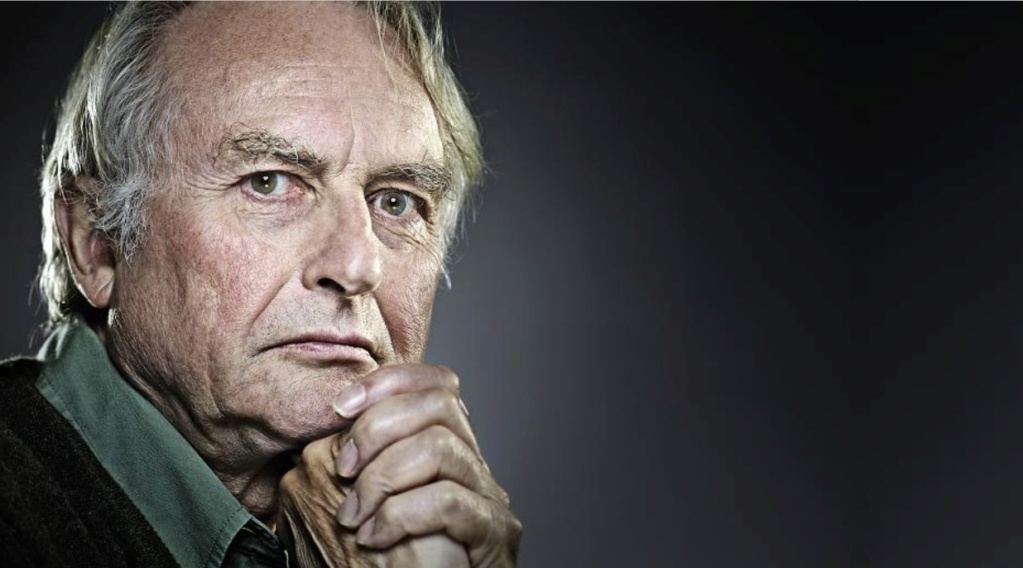 Dawkins, Richard. 1986. The Blind Watchmaker
Although atheism might have been logically tenable before Darwin, Darwin made it possible to be an intellectually fulfilled atheist 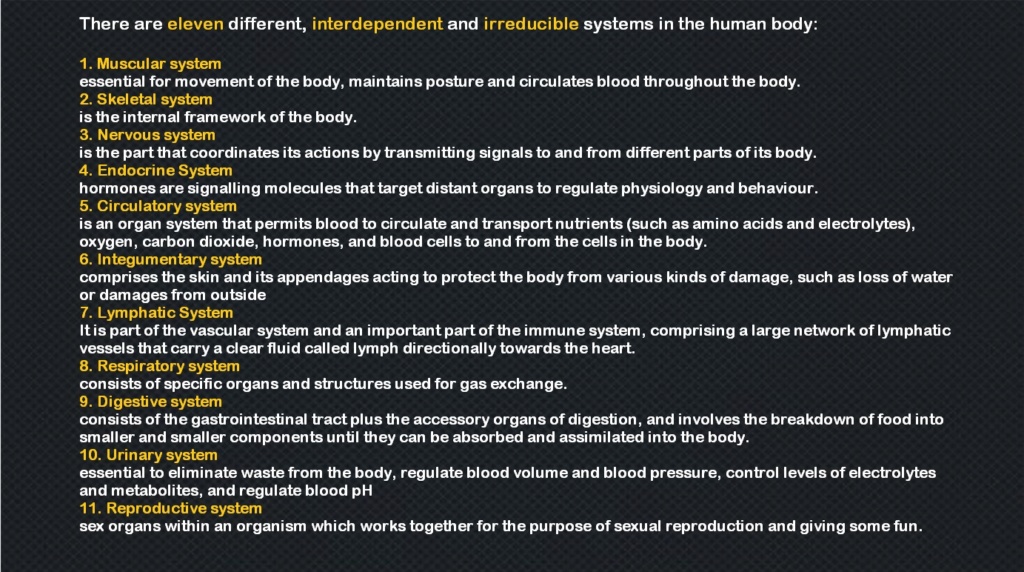 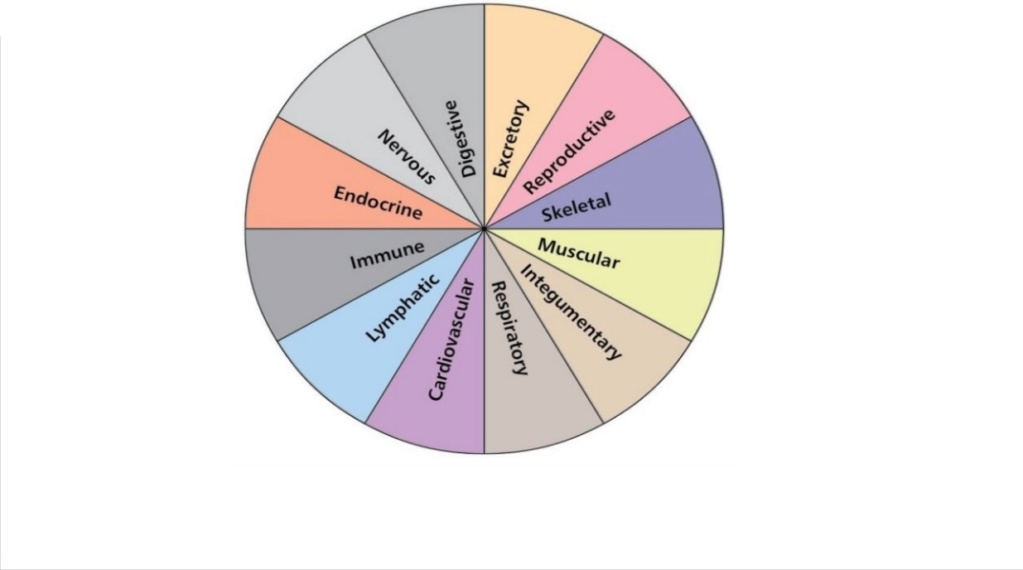 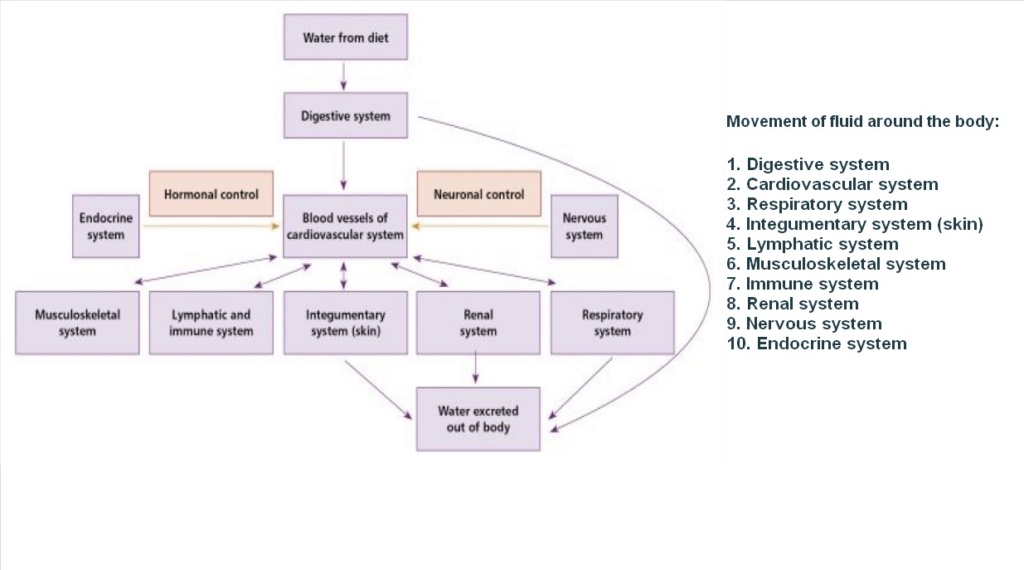 The movement of fluid around the body is an irreducibly complex system. If any of these systems are not working correctly, then specific pathology occurs causing disease; the type of disease is dependent on which systems are affected. 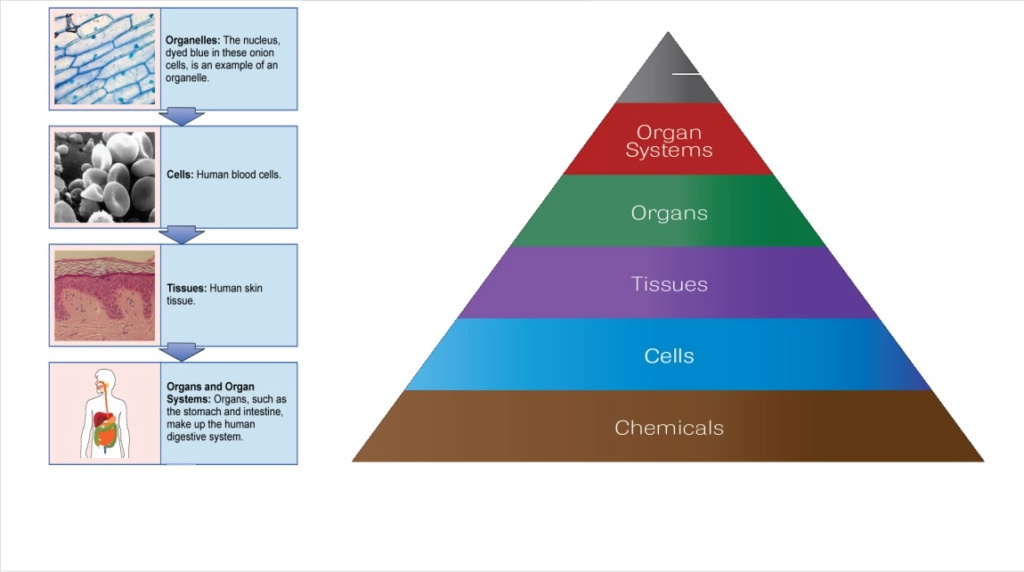 For organizational purposes, the human body may be considered at four different levels. First, there are cells, representing the smallest unit of life. Second, there are tissues (muscle tissue, nerve tissue, etc.), which are groups of the same kind of cells carrying on the same kind of activity.

An investigation of these various levels of organization, and of the human body as a whole, leads inescapably to the conclusion that there is intelligent design at work. 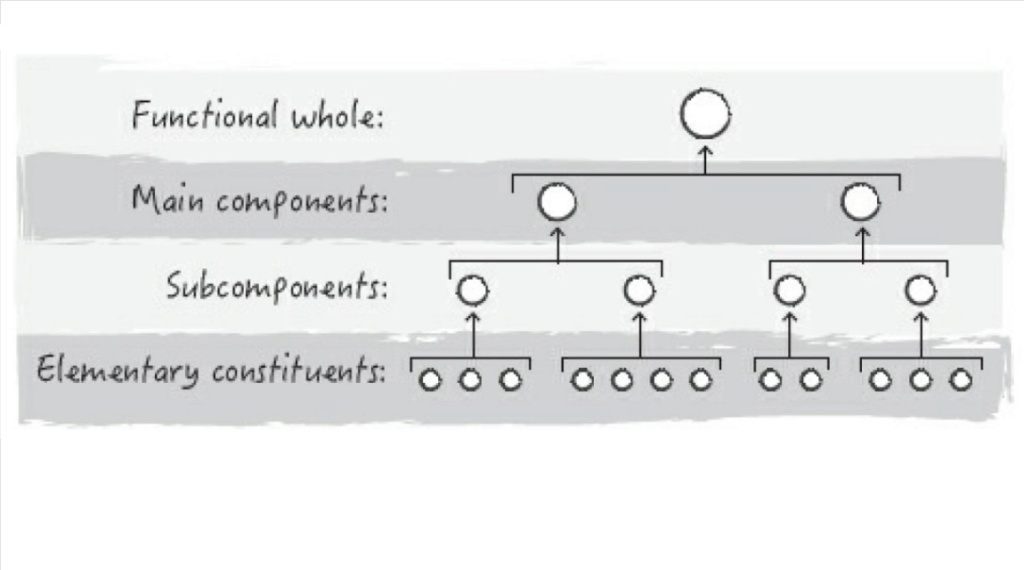 Low-level functions supporting top-level function goes even deeper down to a molecular level. On the lowest level are compartments that produce the basic building blocks of life, RNA and DNA, carbohydrates, and fatty acids, which we can call subcomponents. These support the top-level function.

This forms a complete interdependent unity, where the overarching function depends on the production of the basic building blocks on the lowest end, which is assembled into proteins, co-factors, holo-enzymes, assembly lines, organelles, and last not least, functional cells. 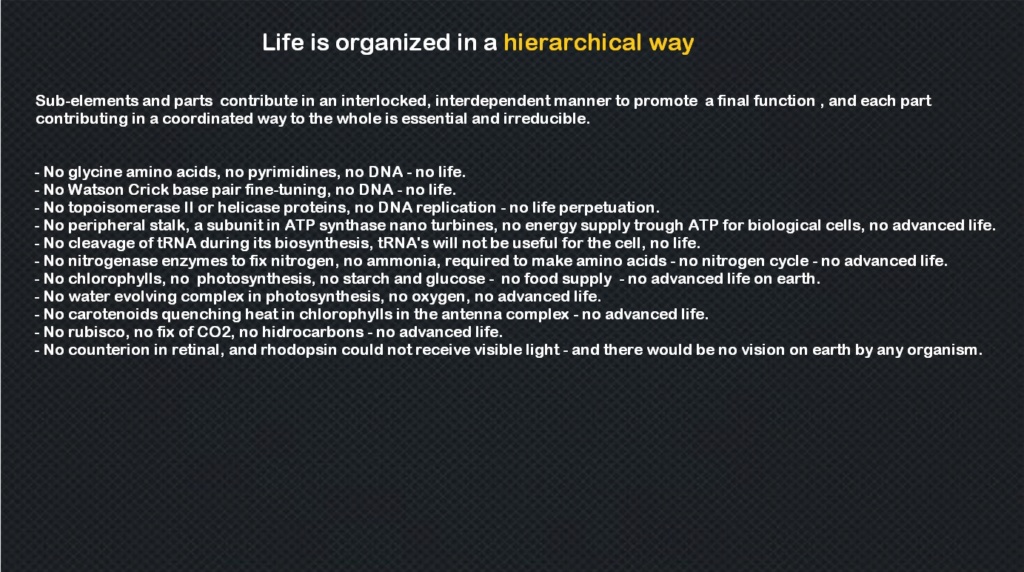 Fact is that the subparts or elements must perform their functions in the correct manner, in order for the whole thing its large function. There is an interdependence between the lowest level and the top level. If one of the lower elements is missing or does not work properly, global mal-function is the consequence or no function at all. A few examples are mentioned above.

The setup of hierarchical levels of organization, where the function and proper set up of the higher level depends on the lower level, has always been observed to be due to intelligent planning, setup, and design. The same is true for the setup of wiring diagrams in an electrical engineering blueprint or a schematic of an integrated circuit. 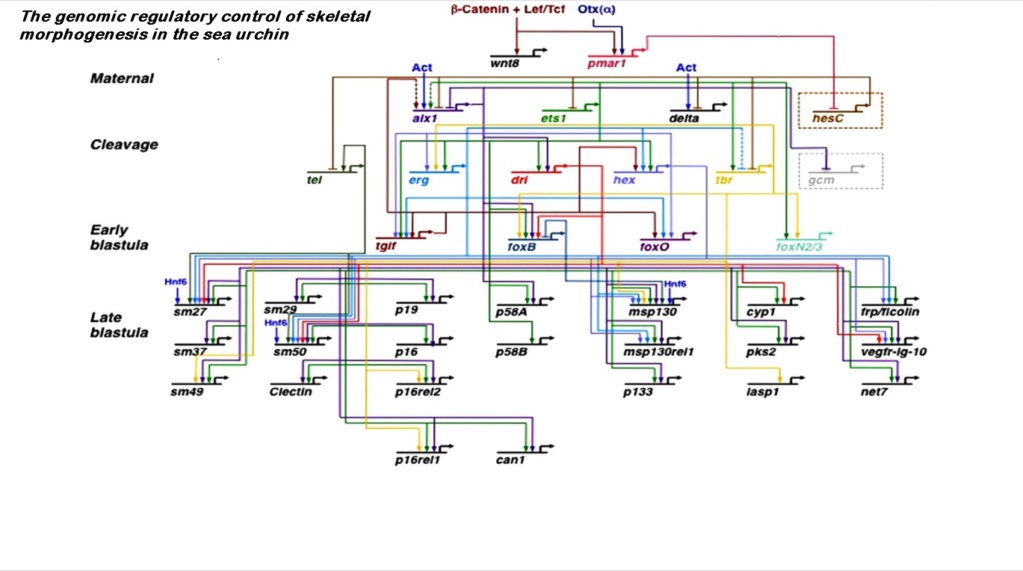 The genomic program of development demonstrates a multilayered, hierarchical,network-like architecture based on nodes and modules, orchestrating a specific pattern of gene expression. The fundamental role of upper-level Gene regulatory networks is to set up in embryonic space a progressive series of regulatory states, which functionally define first the regions of the body with respect to its axes; 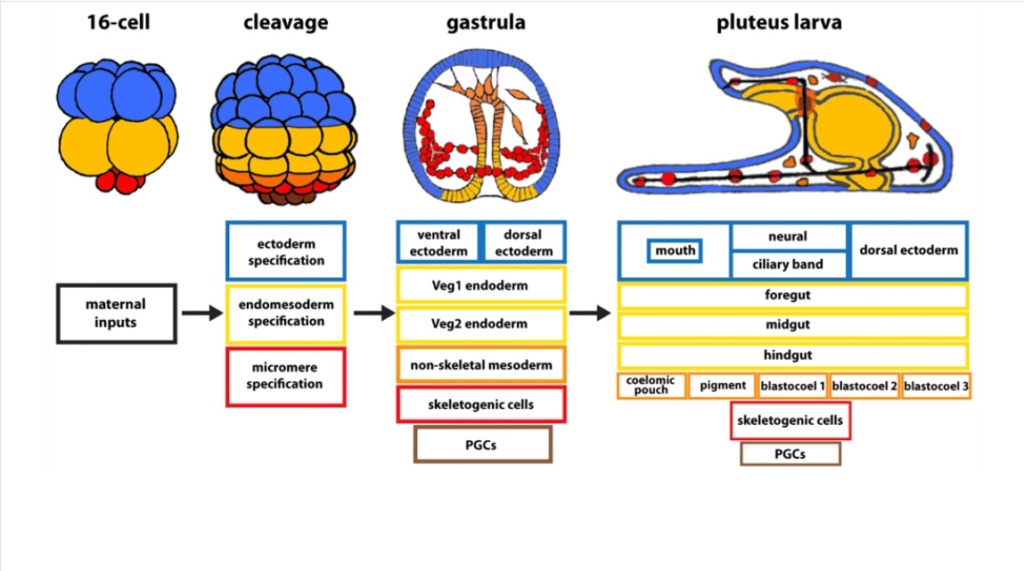 then the location of the progenitor fields of the body parts; then the subparts of each body part. Each dGRN module is controlled to be expressed at the right time, and as such, little if no variation is possible. It constitutes an interlocked system. GRNs are logic maps that constrain, orient and direct in detail each module in the lower hierarchy level so that a given gene is expressed at a given time and place. 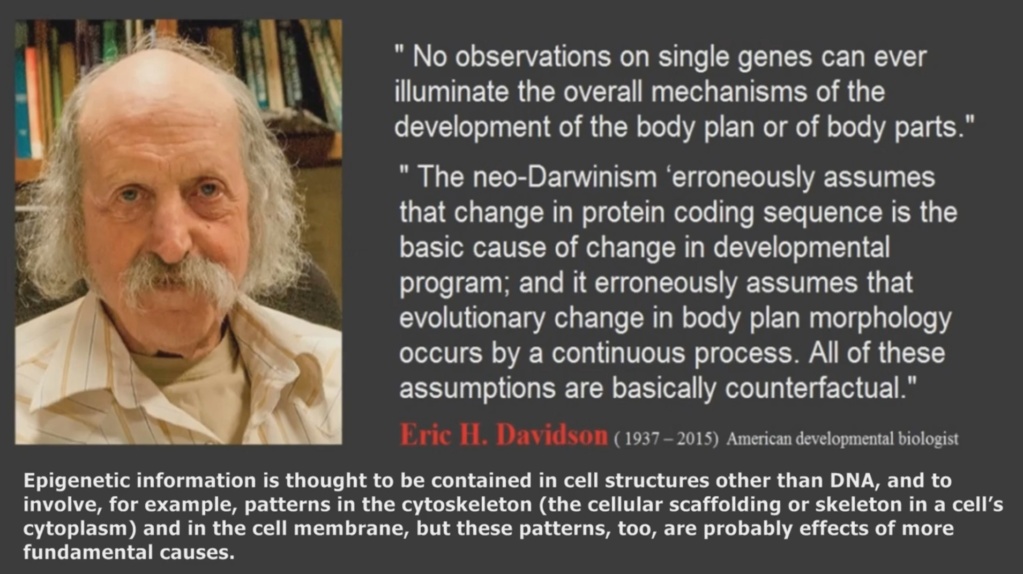 The tight functional constraints under which these systems of dGRNs operate result in catastrophic consequences if altered by mutation and selection mechanisms.

Molecules, basic building blocks of life, proteins, cell compartments, organelles, and organs have often ONLY and EXCLUSIVELY function when employed as a part and ingredient in a complex organizational biological system. But that functional complexity is only achieved by building up lower levels of complexity, which contributes to that higher overarching order and purpose.

Therefore, their origin cannot be explained by gradual Darwinian evolution, which depends on slow improvement and positive functionality and fitness on each evolutionary step over a long period of time. 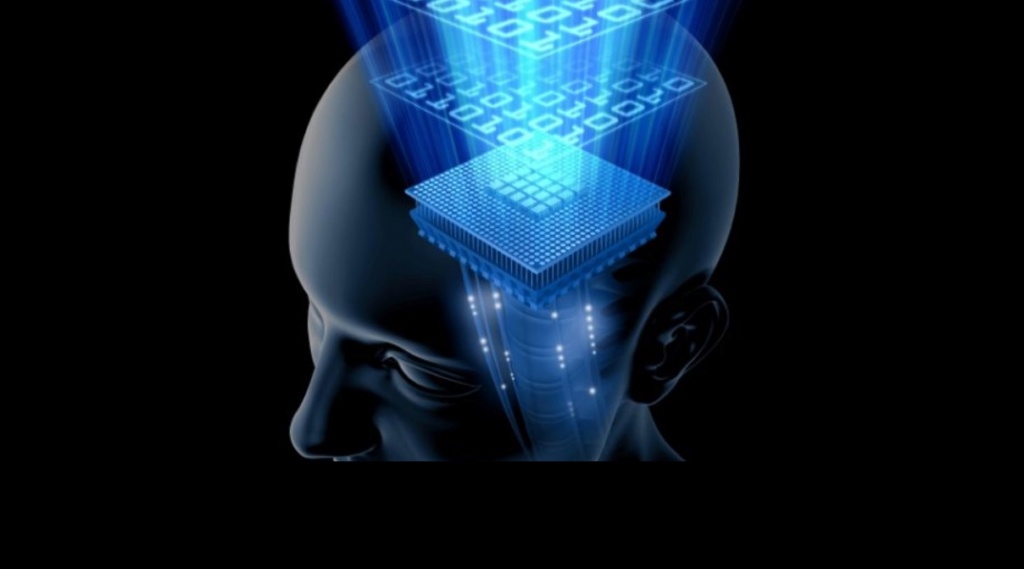 Another major issue is the origin of the human mind, conscience, the ability of speech, and think logically. 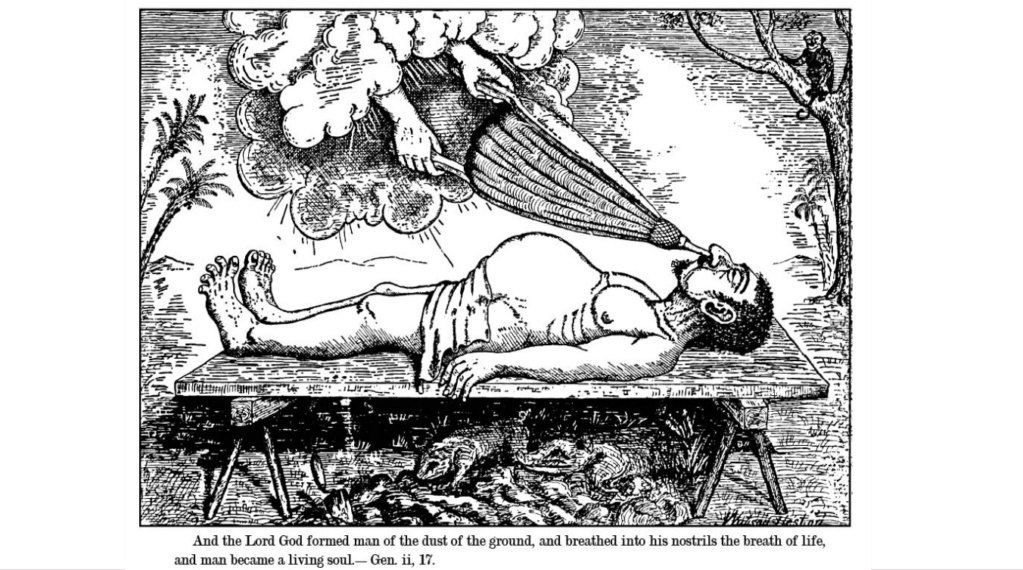 Genesis 2.7:  And the Lord God formed man of the dust of the ground, and breathed into his nostrils the breath of life; and man became a living soul. 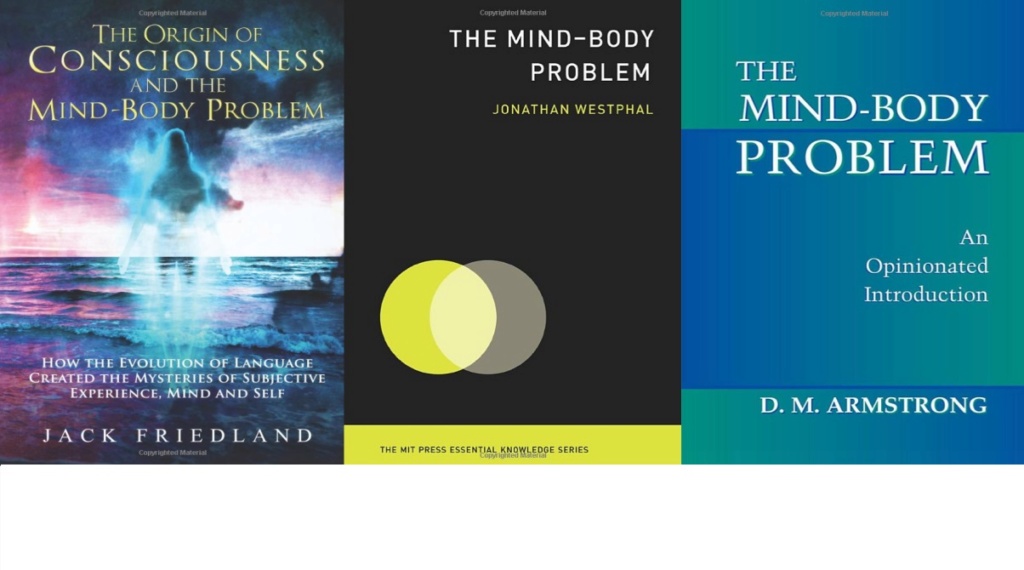 Consciousness, conscious awareness, or sentiency is a major unexplained problem for materialistic philosophy.  Scientific agreement is that consciousness arises from the brain's activity, however, there is no understanding as to how. It is an unresolved mind-body problem.

Despite immense scientific, philosophical, and public interest in these questions, science still does not know how neural machinery could lead to consciousness. Progress has been made in identifying neural correlates of consciousness but to date, this has not matured to a mechanistic explanation of consciousness.

In order to keep the paradigm of naturalism & evolution, the mind MUST have emerged as evolutionary progress and advancement of the brain functions.

The evidence, however, points to the direction that this is not possible. The claim that the electric impulses in our brain are or generate sensations and thoughts, is in contradiction with the laws of physics that consider equivalent all electric impulses, inside or outside our brain.

In fact, an electric impulse is formed only by some electrons moving in a certain direction; according to the laws of physics, electrons are all equal and indistinguishable, and they are always moving in every material or electric circuits.