Defending the Christian Worlview, Creationism, and Intelligent Design » Astronomy & Cosmology and God » A tour around the visible universe

A tour around the visible universe

The distances in the Universe are great, let's suppose we would explore it by by plane. For example, if the destinations were the Moon, the Sun, and the end of the Solar System, and if I were a Boeing 474 - traveling at about 1000 km / h - it would take:

You can imagine that this itinerary would take me a lifetime, so I think it is better to choose another means of transportation. I climb on a spaceship that travels at the speed of light (300,000 km / s). 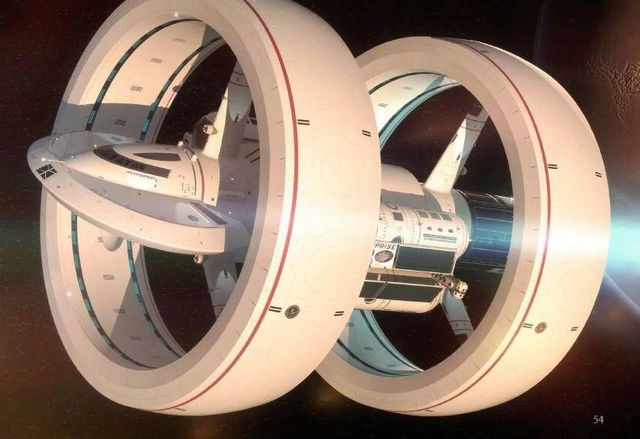 On board, I would require:

(This is why the light-years metric is used to measure distances in the universe.) Light travels extremely fast to terrestrial standards (about 300,000 km/s), but it still has a limit. For example, light takes 1 second to travel from the Moon to the Earth, and it takes 8 minutes to travel the distance between Earth and the Sun. The light from the most distant stars takes years to arrive at us, so we measure the distance between them by the units called light-year - the distance traveled by light in 1 year, about 10 trillion km.It is also due to this property of light that we can understand that some of the stars we see Shining in the night sky, may already have died and gone out - but their light came from so far away that it was still walking its way to us when it stopped shining.)

I decide to move away from the Solar System to see what else is out there, and only after traveling for 4 years and 4 months, I arrive at another star - which is called "Alpha Centauri" (the closest star to the Sun). If he got off the ship and looked for the sun, he would not be able to see it. It's incredible but, out there, the Solar System is tiny!

From this new star, I decided to see how far I would go if I traveled 27,000 years. The final destination is the center of our Milky Way (our Sun together with the star Alpha Centauri and another 100 billion stars, form a spiral galaxy we call the Milky Way, our third home). If he wanted to cover it from side to side with this ship, it would take another 100,000 years.

But as the Sun and other neighboring stars grouped together to form our Milky Way, other more distant stars also came together to form other galaxies. The galaxy closest to our own is called Andromeda. How long do you suppose it would take my ship to get there? Well, the answer is 2,300,000 years (2.3 million years)! Now, do you believe if I say that you can see Andromeda any night in our heaven ?! So imagine the size of this galaxy so that it can be distinguished as a bright spot in the sky here on Earth; She is a monster!

But galaxies, like stars, are not usually isolated. Gravity forces them to always seek companionship and end up joining together and forming what we call "clusters" or "clusters" of galaxies. The Milky Way has joined with another 26 galaxies that form our Local Group. The cluster closest to ours is called Virgo clump, and to get to it we would have to travel for 60 million years.

As I move a little further (traveling a total of 1.2 billion years), I see that groups and clusters of galaxies also join other clusters and clusters forming even larger structures, called superclusters. We belong to the so-called Virgo Supercluster.

And after that, what else is there? Well, when I move a little further, I start to see other Superclusters. But only after traveling some more time, completing a journey of 13.7 billion years, I arrive at the beginning of time, at the beginning of the visible Universe. If the life of the Earth and the Sun is approximately 5,000 billion years, then it should travel some 3 lives of the Sun to travel all this distance.

Such a trip is fictitious (since it is impossible to have such a ship that travels at the speed of light). However, the times, though unimaginable to us, are real.

In short: this is it, just a speck in a gigantic space! Sometimes it's good to put ourselves in perspective; ) 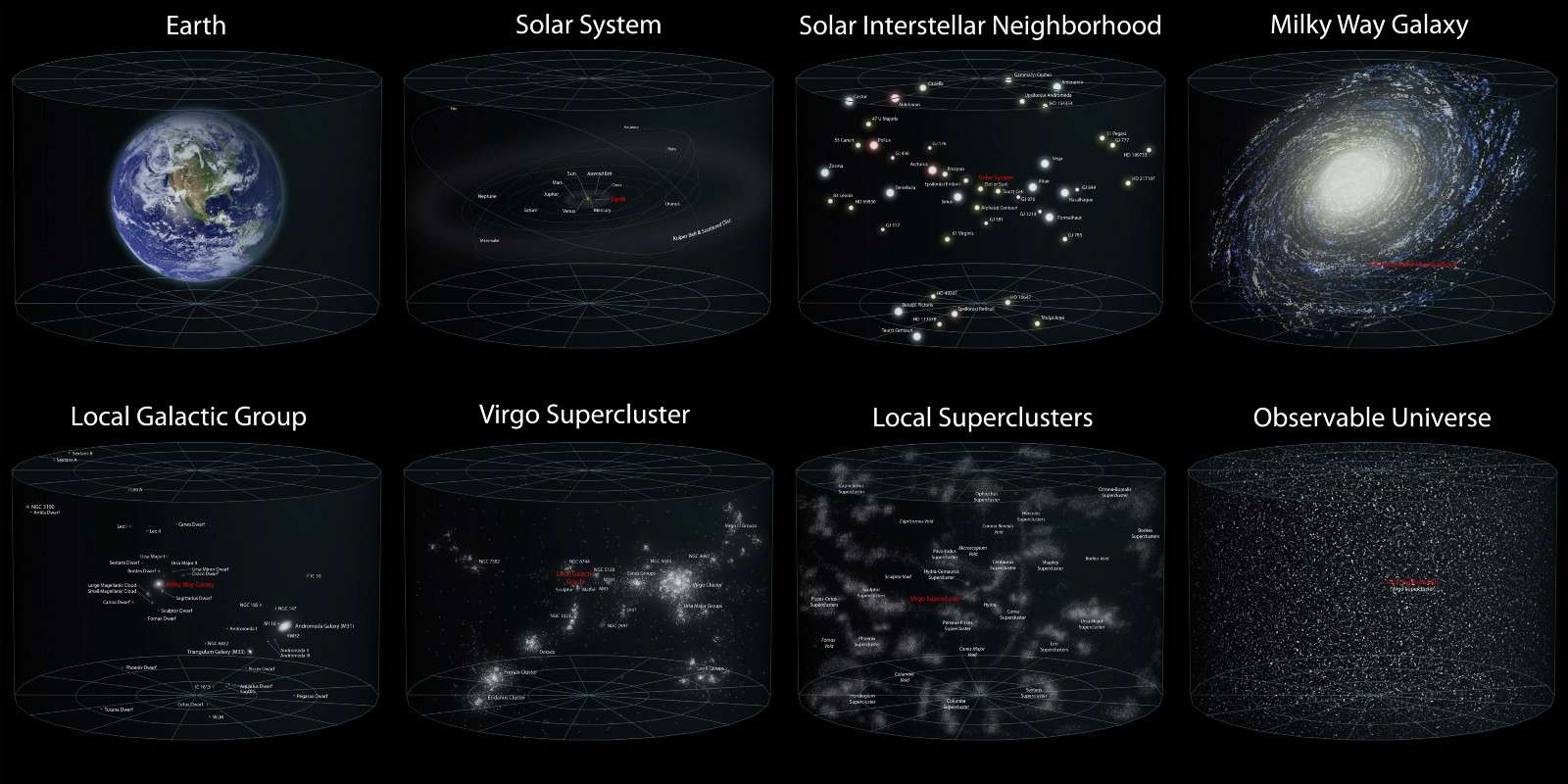 Defending the Christian Worlview, Creationism, and Intelligent Design » Astronomy & Cosmology and God » A tour around the visible universe