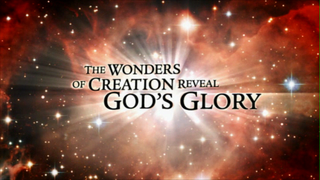 Pride, incredulity and the will to live autonomous without God was one of men's most notorious sinful inclination after the fall. In the garden of Eden, Satan spoke to the woman, she believed him, resulting in dramatic consequences.  Today, it's not different. The story repeats in the heart of men.  Satan inspires us to ask ourselves  ( but we think they are our thoughts ): Did God really say? That question halls through all eons and existence of men,  feeding our will to live without God, rule our lives by our own, and live autonomously and nourish our selfish lifestyle and wishes, and reject his word. Jesus said: You can't produce anything without me. But we think, Jesus'say is irrelevant, and the bible is full of inaccuracies anyway, it was mistranslated many times, it was just an invention of the powerful to keep the masses in control etc etc.,  and the God of the old testament is an evil monster. That justifies our disbelief.

In the dawn of enlightenment, the serpent knew that science would provide new evidence for Gods creation and his existence, so new lies had to be invented to darken men's heart. The lie was masterfully architected. The operation of life was still a Black Box, so the gaps of knowledge could easy be filled, and instead of " God created ", the new invention was " natural selection ". God's creative power and intelligence became superfluous. Natural selection suddenly became the new active mechanism and agent,  capable of producing biodiversity and adaptation. It was enough to believe, that the origin of life would be explained later. We don't know yet, therefore naturalism was enough to justify evolution as a holistic and alternative framework to creation.     A lie repeated ad nausea, and mixed and hidden within chunks of truth ( we know adaptation and speciation is a fact ), could be hidden well enough. Darwin became the instrument to elaborate the lie, and his followers fight to make it look as his theory was legit science, while Gods word was branded as religious invention of primitive bronze age sheep herders.

And so the lies keep perpetuating till the present day. People, in order to live the illusion that Jesus is not necessary, delude themselves with man-made theories that are declared as facts, and when one of their prophets claims that  " Darwin made it possible to be an intellectually fulfilled atheist ", then this settles it - case closed.  But does it ?! Men, inspired by the enemy of his soul, the devil, walks on the highway to hell, like cattle on the way to slaughter, deluded by the one that won the battle of his mind. Sad. Sad situation. But Jesus is the light and shines in heart of the ones that are willing to hear. The evidence is out there. Creation reveals God's glory. They will sing and praise the lord:   I will praise thee, O Lord, with my whole heart; I will shew forth all thy marvelous works. The heavens declare the glory of God, And the firmament shows His handiwork. But the Lord shall endure for ever: he hath prepared his throne for judgment. On which side will you be on the day of Gods judgment?