Intelligent Design, the best explanation of Origins » Bible / Christian faith / Apolotetics » The Impossible Faith: A Defense of the Resurrection

The Impossible Faith: A Defense of the Resurrection

The message of the Cross, God becoming man incarnate and dying the most abhorrent death, naked on a cross, a man from nowhere land, Nazareth in Judaea,  insignificant in the Roman empire, a simple carpenter. His followers coming up with a news story that had every reason to be rejected as fake news ( who ever imagined a crucified man to resurrect ). A religion hard to practice, where their followers had to deny their flesh and earthly pleasures, rather than the pagan Gods, which offered temple prostitutes, the new message was abstinence of such things, an arrogant and intolerant religion where their God was demanding exclusive worship. Then a woman to testify first to have seen Christ resurrected - women were regarded as "bad witnesses" in the ancient world. All this and many other factors were the reason why the Christian faith should never have taken off. But it did. God demonstrated his power that way. God specializes in the impossible. Have faith. He can do things through your life, and in your life, which you might regard as impossible. But he can. Believe, and have faith. Trust him. Do you have enemies in your life? God can protect you. Problems? He can solve them. He permits adversities in our lives so we can practice our faith, and grow, and see and experience his deliverance.

Who on earth would believe a religion centered on a crucified man?  The shame of the cross was the result of a fundamental norm of the Greco-Roman Empire. Hengel observes that "crucifixion was an utterly offensive affair, 'obscene' in the original sense of the word." Jesus most likely was crucified naked - this is consistent with the biblical narrative of the guards casting lots for his garment and with standard historical practice. That was part of the shame of crucifixion. He was crucified naked. It is difficult for us in this age of nudity and comprehend the great humiliation He suffered by hanging nude on the cross. They had taken His garments and gambled for ownership. My friend, He went through it all, crucified naked, that you might be clothed with the righteousness of Christ, and so be able to stand before God throughout the endless ages of eternity. Crucifixion was a "status degradation ritual" designed to humiliate in every way, including the symbolic pinioning of hands and legs signifying a loss of power, and loss of ability to control the body in various ways, including befouling one's self with excrement.

The process was so offensive that the Gospels turn out to be our most detailed description of a crucifixion from ancient times - the pagan authors were too revolted by the subject to give equally comprehensive descriptions - in spite of the fact that thousands of crucifixions were done at a time on some occasions. "(T)he cultured literary world wanted to have nothing to do with [crucifixion], and as a rule kept silent about it." The message of the cross was an abhorrence, a vulgarity in its social context. Discussing crucifixion was the worst sort of social faux pas; it was akin, in only the thinnest sense, to discussing sewage reclamation techniques over a fine meal - but even worse when associated with an alleged god come to earth.

Neither Here Nor There: Or, A Man from Galilee??
What advantage has religion and geography? To the ancients, "much in every way".  Jesus' Jewishness could hardly have been denied by the early Christians, but it was also a major impediment to spreading the Gospel beyond the Jews themselves. Judaism was regarded by the Romans and Gentiles as a superstition. Roman writers like Tacitus willingly reported (not as true, but in the frame of "some say...") all manner of calumnies against Jews as a whole, regarding them as a spiteful and hateful race.

It may further be noted that the pagan world was awash with points of view associated with those who thought matter was evil and at the root of all of man's problems. Platonic thought, as Murray Harris puts it, supposed that "man's highest good consisted of emancipation from corporeal defilement. The nakedness of disembodiment was the ideal state." Physical resurrection was the last sort of endgame for mankind that you wanted to preach.

What's New? What's Not Good
Roman literature tells us that "(t)he primary test of truth in religious matters was custom and tradition, the practices of the ancients." (62) In other words, if your beliefs had the right sort of background and a decent lineage, you had the respect of the Romans. Old was good. Innovation was bad.

This was a big sticking point for Christianity, because it could only trace its roots back to a recent founder. Christians were regarded as "arrogant innovators" (63) whose religion was the new kid on the block, but yet had the nerve to insist that it was the only way to go! As noted above, Christianity argued that the "powers that be" which judged Jesus worthy of the worst and most shameful sort of death were 180 degrees off, and God Himself said so.

Tolerance is a Virtue
We have already alluded to the problem of Christianity being seen as an "arrogant innovator." Now compound the problem: Not only an innovator, but an exclusivist innovator. Many skeptics and non-believers today claim to be turned off by Christian "arrogance" and exclusivity. How much more so in the ancient world? The Romans were already grossly intolerant ; how much more so in the context of another and very new faith playing the same game and claiming to overthrow the social and religious order? How if a faith came telling us we needed to stop attending our churches (and in fact would prefer we tear them down), stop having our parties, stop observing the social order that had been in place from the time of our venerated ancestors until now?

The message about this Christ was incompatible with the most deeply rooted religious ideology of the Gentile world, as well as the more recent message propagated in Roman imperial ideology. The Christians refused to believe in the gods, "the guardians of stability of the world order, the generous patrons who provided all that was needed for sustaining life, as well as the granters of individual petitions." Jews and Christians alike were accused of atheism under this rubric.

Human vs. Divine: Never the Twain Shall Meet!
Our next factor is related to the one above about resurrection, and it is a problem from both a Jewish and a Gentile perspective. Earl Doherty, a Skeptic, has referred to the incredibility of "the idea that Jews, both in Palestine and across the empire, could have come to believe-or been converted to the idea by others-that a human man was the Son of God....To believe that ordinary Jews were willing to bestow on any human man, no matter how impressive, all the titles of divinity and full identification with the ancient God of Abraham is simply inconceivable." And so it would be: Unless it actually happened, and that "human man" proved himself to be the Son of God. Doherty's "fallacy" amounts to an argument in favor of Christianity.

No Class!
In the ancient world, people took their major identity from the various groups to which they belonged. Whatever group(s) they were embedded in determined their idenitity. Changes in persons (such as Paul's conversion) were abnormal. Each person had certain role expectations they were expected to fulfill. The erasure or blurring of these various distinctions -- stated clearly in Paul, but also done in practice by Jesus during his ministry -- would have made Christianity seem radical and offensive.

Many have pointed out that women were regarded as "bad witnesses" in the ancient world. We need to emphasize that this was not a peculiarity as it would be seen today, but an ingrained stereotype. As Malina and Neyrey note, gender in antiquity came laden with "elaborate stereotypes of what was appropriate male or female behavior." [72] Quintilian said that where murder was concerned, males are more likely to commit robbery, while females were prone to poisoning. 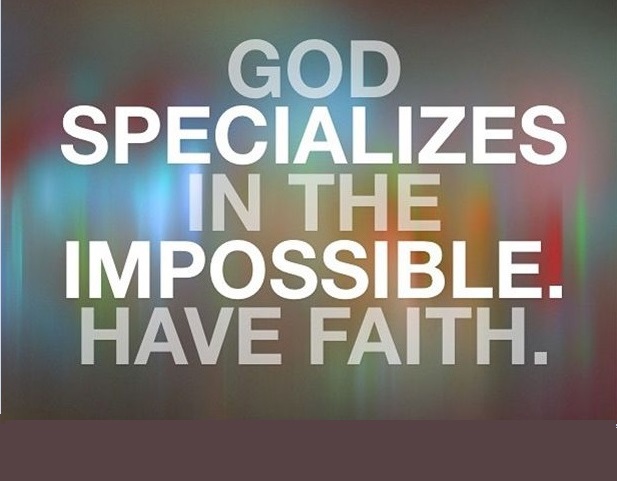 Posts : 4948
Join date : 2009-08-09
Charles Colson
“I know the resurrection is a fact, and Watergate proved it to me. How? Because 12 men testified they had seen Jesus raised from the dead, then they proclaimed that truth for 40 years, never once denying it. Every one was beaten, tortured, stoned and put in prison. They would not have endured that if it weren't true. Watergate embroiled 12 of the most powerful men in the world-and they couldn't keep a lie for three weeks. You're telling me 12 apostles could keep a lie for 40 years? Absolutely impossible.”

The Impossible Faith: A Defense of the Resurrection
http://reasonandscience.catsboard.com/t2502-the-impossible-faith-a-defense-of-the-resurrection

Do Martyrs Matter, and More?

This is a standard argument, but in need of some fine-tuning. The most important martyrs are those of the time of Jesus and shortly thereafter. Admittedly there are few examples of this sort of martyrdom that we may point to -- records of church tradition are our only source for the martyrdoms of many of the Apostles; our best witness is actually Paul himself, who testifies that he persecuted the church with "zeal" -- using a word used to describe the actions of the Maccabbeeans who killed when needed to clean things up.

But in fact we can broaden this argument further: persecution did not automatically equal martyrdom, and this is yet another reason why Christianity should not have thrived and survived. As Robin Lane Fox writes, "By reducing the history of Christian persecution to a history of legal hearings, we miss a large part of the victimization." [Fox.PagChr, 424] Beyond action by authorities, Christians could expect social ostracization if they stuck by their faith, and that is where much of the persecution Fox refers to came from - rejection by family and society, relegation to outcast status.

So it is: The Jews would dislike you, the Romans would dislike you, your family would disown you, everyone would avoid or make sport of you. Furthermore, men like Paul and Matthew, and even Peter and John, gave up lucrative trades for the sake of a mission that was all too obviously going to be nothing but trouble for them. It is quite unlikely that anyone would have gone the distance for the Christian faith at any time -- unless it had something tangible behind it.

Intelligent Design, the best explanation of Origins » Bible / Christian faith / Apolotetics » The Impossible Faith: A Defense of the Resurrection