Darwins Theory of evolution through mutations and natural selection has been falsified on Mon 10 Apr 2017 - 10:52

Posts : 4951
Join date : 2009-08-09
Darwins Theory of evolution through mutations and natural selection has been falsified

Natural Selection Fails to Optimize Mutation Rates for Long-Term Adaptation on Rugged Fitness Landscapes
PEER-REVIEWED September 26, 2008
We allowed mutation rates to evolve, and we evaluated the proximity to the optimum. Although we chose conditions favorable for mutation rate optimization, the evolved rates were invariably far below the optimum across a wide range of experimental parameter settings. We hypothesized that the reason that mutation rates evolved to be suboptimal was the ruggedness of fitness landscapes. We conclude that rugged fitness landscapes can prevent the evolution of mutation rates that are optimal for long-term adaptation. This finding has important implications for applied evolutionary research in both biological and computational realms. 2

Random mutations deteriorate the genome
In a new paper in Science, 3Khan et al, working with Richard Lenski [Michigan State], leader of the longest-running experiment on the evolution of E. coli, found a law of diminishing returns with beneficial mutations due to negative epistasis.  The abstract said:
Epistatic interactions between mutations play a prominent role in evolutionary theories. Many studies have found that epistasis is widespread, but they have rarely considered beneficial mutations. We analyzed the effects of epistasis on fitness for the first five mutations to fix in an experimental population of Escherichia coli. Epistasis depended on the effects of the combined mutations—the larger the expected benefit, the more negative the epistatic effect. Epistasis thus tended to produce diminishing returns with genotype fitness, although interactions involving one particular mutation had the opposite effect. These data support models in which negative epistasis contributes to declining rates of adaptation over time. 3

Non-random mutations: How life changes itself: the Read-Write (RW) genome
And all available scientific evidence also indicates that evolution is an engineered process. In engineering and computer science, evolution never happens by accident. It’s always the result of a deliberate act. A program that can self-evolve is always considered an engineering marvel. 4

Scientists engineer animals with ancient genes to test causes of evolution
January 13, 2017
“For the first test case, we chose a classic example of adaptation-how fruit flies evolved the ability to survive the high alcohol concentrations found in rotting fruit. We found that the accepted wisdom about the molecular causes of the flies’ evolution is simply wrong. 5 Siddiq and Thornton realized that this hypothesis could be tested directly using the new technologies. Siddiq first inferred the sequences of ancient Adh genes from just before and just after D. melanogaster evolved its ethanol tolerance, some two to four million years ago. He synthesized these genes biochemically, expressed them, and used biochemical methods to measure their ability to break down alcohol in a test tube. The results were surprising: the genetic changes that occurred during the evolution of D. melanogaster had no detectable effect on the protein’s function.[/size]

What’s that you say? No detectable effect?

One supposes that the gene selected is one, among very many, that can be best ‘reverse-engineered’ to give a facsimile of the ‘ancient’ form. Yet, when tested in vivo, there is no difference found between the supposed ‘slow’ ancestral gene, and the ‘fast’ extant form. This is not how neo-Darwinism is supposed to work. Something is seriously wrong, no? It might be that the techniques employed to identify the ‘ancestral’ form are bad. Maybe that’s it, and it alone. But, OTOH, maybe something is seriously wrong with current neo-Darwinian theory. Some notions concerning adaptation will, therefore, remain difficult to study rigorously. Nevertheless, because of technical and conceptual advances, it should now be possible to experimentally assess the causal predictions of many previously untested or weakly tested hypotheses of historical molecular adaptation, allowing them to be corroborated or, like the classic hypothesis of ADH divergence in D.melanogaster, decisively refuted. One wonders what’s really left of natural selection. Between Behe’s Edge of Evolution, Shapiro’s “Natural Genetic Engineering,” the whole field of epigenetics, the disappearing of “Junk-DNA”, and now the disappearance of a ‘fitness’ change in a “classic case” of molecular adaptation, can anyone seriously believe that Darwinism has much to say about how life evolves? Remarkably, already in 2010, following paper reported that the claim of NS was not observed in Drosophila.

Genome-wide analysis of a long-term evolution experiment with Drosophila.
2010 Sep 15
"Genomic changes caused by epigenetic mechanisms tend to fail to fixate in the population, which reverts back to its initial pattern." That's not all that doesn't fixate. Despite decades of sustained selection in relatively small, sexually reproducing laboratory populations, selection did not lead to the fixation of newly arising unconditionally advantageous alleles. This is notable because in wild populations we expect the strength of natural selection to be less intense and the environment unlikely to remain constant for ~600 generations. Consequently, the probability of fixation in wild populations should be even lower than its likelihood in these experiments. 6

Evolution by epigenesis: farewell to Darwinism, neo- and otherwise
2004 May-Aug
In the last 25 years, criticism of most theories advanced by Darwin and the neo-Darwinians has increased considerably, and so did their defense. Darwinism has become an ideology, while the most significant theories of Darwin were proven unsupportable. 7

Dissecting Darwinism
2012 Jan; 25
regarding the origin of the species and life (DNA), even Darwin commented, “If it could be shown that complex systems could not arise by small sequential steps, then my theory would completely break down.” Irreducibly complex systems involving thousands of interrelated specifically coded enzymes do exist in every organ of the human body. At an absolute minimum, the inconceivable self-formation of DNA and the inability to explain the incredible information contained in DNA represent fatal defects in the concept of mutation and natural selection to account for the origin of life and the origin of DNA. As new theories emerge that explain the origin of life, the inevitable emotional accusations of heresy and ignorance are not surprising in a period of scientific revolution. It is therefore time to sharpen the minds of students, biologists, and physicians for the possibility of a new paradigm. 8


James Shapiro Microbiologistof the University of Chicago :
There are no detailed Darwinian accounts for the evolution of any fundamental biochemical or cellular system, only a variety of wishful speculations” (Shapiro 1996).

Lynn Margulis:
Although random mutations influenced the course of evolution, their influence was mainly by loss, alteration, and refinement... Never, however, did that one mutation make a wing, a fruit, a woody stem, or a claw appear. Mutations, in summary, tend to induce sickness, death, or deficiencies. No evidence in the vast literature of heredity changes shows unambiguous evidence that random mutation itself, even with geographical isolation of populations, leads to speciation.
The accumulation of genetic mutations were touted to be enough to change one species to another….No. It wasn’t dishonesty. I think it was wish fulfillment and social momentum. Assumptions, made but not verified, were taught as fact.
I was taught over and over again that the accumulation of random mutations led to evolutionary change - led to new species. I believed it until I looked for evidence.
biology is opening the black box, and demonstrating how organisms develop. We are slowly getting out of a state of ignorance in regard of what mechanisms determines cell shape, assignment of their planes of division, tendencies to move, directions and rates of movement, modes of differentiation into particular cell types, and cell death (apoptosis).
The process of morphogenesis, which can be defined as an evolution of the form of an organism, is one of the most intriguing mysteries in the life sciences. The discovery and description of the spatial– temporal distribution of the gene expression pattern during morphogenesis, together with its key regulators, is one of the main recent achievements in developmental biology. Nevertheless, gene expression patterns cannot explain the development of the precise geometry of an organism and its parts in space. 1

Consider the University of California at Berkeley’s “Understanding Evolution” website which informs the student that “natural selection can produce amazing adaptations.” This hilariously appears on a page entitled “Misconceptions about natural selection.”

In fact natural selection, even at its best, does not “produce” anything. Natural selection does not and cannot influence the construction of any adaptations, amazing or not. If a mutation occurs which improves differential reproduction, then it propagates into future generations. Natural selection is simply the name given to that process. It selects for survival of that which already exists. Natural selection has no role in the mutation event. It does not induce mutations, helpful or otherwise, to occur. According to evolutionary theory every single mutation, leading to every single species, is a random event with respect to need.

Natural selection cannot change that. It cannot induce a design to appear.
And yet, an Aristotelian mythology has been erected, imagining that natural selection creates things. This brings us back to this weekend’s debate, in which evolutionists Lawrence Krauss and Denis Lamoureux propagated and insisted upon this myth, and Stephen Meyer was presented with an enormous unpacking job. How does one disabuse two interlocutors whose perceived success depends on them not understanding the basic facts—in 30 seconds or less? 7 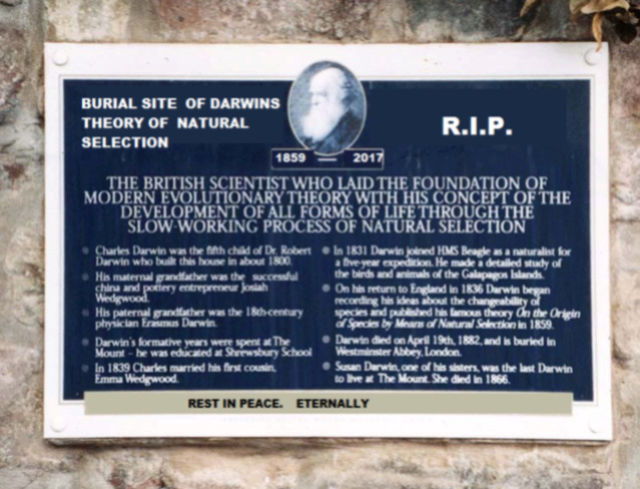 Is there evidence for natural selection ?
http://reasonandscience.heavenforum.org/t2458-is-there-evidence-for-natural-selection

On the Origin of Mitochondria: Reasons for Skepticism on the Endosymbiotic Story
http://reasonandscience.heavenforum.org/t1303-challenges-to-endosymbiotic-theory

Unicellular and multicellular Organisms are best explained through design
http://reasonandscience.heavenforum.org/t2010-unicellular-and-multicellular-organisms-are-best-explained-through-design

Is there evidence for natural selection ?
http://reasonandscience.heavenforum.org/t2458-is-there-evidence-for-natural-selection

What are the mechanisms that drive adaptation to the environment, microevolution, and secondary speciation ?
http://reasonandscience.heavenforum.org/t2460-what-are-the-mechanisms-that-drive-adaptation-to-the-environment-microevolution-and-secondary-speciation

Where Do Complex Organisms Come From?
http://reasonandscience.heavenforum.org/t2316-where-do-complex-organisms-come-from

So sad for all fervorous advocates of the theory. It lasted 158 years. But hey, i just discovered the TRUE mechanism of biodiversity and evolution !! My great geniality , perspicaciousness and devotion to scientific research, inquiry and observation permitted me to make this amazing discovery !! I don't let you orphans. I am the father of a new theory !!

Based on my scientific research, i am now creating the Theory of the PINK INVISIBLE MARSIAN UNICORNS as the true twiddler and selectors of positive mutations and invite all perspective scientists to test my theory. It was not intended, but hey, my expectation is i will get famous, and who knows, even win the Nobel prize !! I need support, ladies and gentlemen, to make the PINK INVISIBLE MARSIAN UNICORN, in short (PIMU), known. Books about biology need now to be rewritten, and PIMU must be teached all over the globe at public schools !! . All it takes to viralize it on FB, and somehow, somewhere, Nature, PLOS ONE , ncbi etc. will take notice, and a horde of scientists will be convinced and engaged in starting the elaboration of highly convincing scientific papers and scientific tests which will not permit to doubt about PIMU. PIMU will become a new unquestionable FACT ( woo who doubts it !! ) . Since its invisible, its not easy detected, but thats no problem, speciation occurs and can be observed. Therefore, it MUST be there. That cannot other than become a FACT !! Nobody entitled to question my great new discovery of the 21th century or i will denounce them as superstitionalists, believers of the supernatural without evidence, deniars of science and reality, believers of the pink unicorn ( not mine of course ), irrationalists, stupids, idiots, trolls without qualifications, incredulous!, know nothings and illiterates. To my supporters: Lets celebrate pimu. LONG LIVE PIMU !! Standing ovations, please . Open the bottles of champagne....... 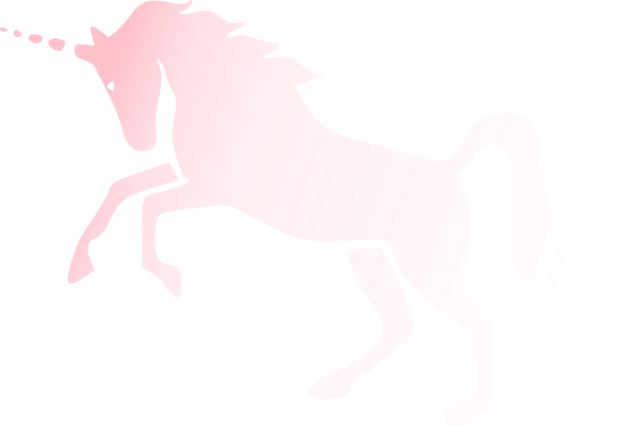