The language of the genetic code

https://upload.wikimedia.org/wikipedia/commons/1/17/Cell_Biology.pdf
In the alphabet of the three letter word found in cell biology are the organic bases, which are adenine (A), guanine (G), cytosine (C) and thymine (T). It is the triplet recipe of these
bases that make up the ‘dictionary’ we call in molecular biology genetic code. The codal system enables the transmission of genetic information to be codified, which at molecular level, is conveyed through genes.

Whereas a digital byte is mostly 8 binary digits, a DNA 'byte' (called a 'codon') has three digits. Because each digit can have 4 values instead of 2, an DNA codon has 64 possible values, compared to a binary byte which has 256.

http://www.washington.edu/news/2013/12/12/scientists-discover-double-meaning-in-genetic-code/
Since the genetic code was deciphered in the 1960s, scientists have assumed that it was used exclusively to write information about proteins. UW scientists were stunned to discover that genomes use the genetic code to write two separate languages. One describes how proteins are made, and the other instructs the cell on how genes are controlled. One language is written on top of the other, which is why the second language remained hidden for so long.

Rutgers University professor Sungchul Ji’s :
“Biologic systems and processes cannot be fully accounted for in terms of the principles and laws of physics and chemistry alone, but they require in addition the principles of semiotics—the science of symbols and signs, including linguistics.”
Ji identifies 13 characteristics of human language. DNA shares 10 of them. Cells edit DNA. Theyalso communicate with each other and literally speak a language he called “cellese,” described as “a self-organizing system of molecules, some of which encode, act as signs for, or trigger, gene-directed cell processes.” This comparison between cell language and human language is not a loosey-goosey analogy; it’s formal and literal. Human language and cell language both employ multilayered symbols.  Dr. Ji explains this similarity in his paper: “Bacterial chemical conversations also include assignment of contextual meaning to words and sentences (semantic) and conduction of dialogue (pragmatic)—the fundamental aspects of linguistic communication.” This is true of genetic material. Signals between cells do this as well.*
“The Linguistics of DNA: Words, Sentences, Grammar, Phonetics, and Semantics”
http://www.conformon.net/wp-content/uploads/2012/05/Linguistics-of-DNA.pdf

The “Wow! signal” of the terrestrial genetic code
In case that there was any doubt about the intelligent origin of DNA, here it is from " Science Direct ";
"Here we show that the terrestrial code displays a thorough precision-type orderliness matching the criteria to be considered an informational signal. Simple arrangements of the code reveal an ensemble of arithmetical and ideographical patterns of the same symbolic language. Accurate and systematic, these underlying patterns appear as a product of precision logic and nontrivial computing rather than of stochastic processes (the null hypothesis that they are due to chance coupled with presumable evolutionary pathways is rejected with P-value < 10–13). The patterns are profound to the extent that the code mapping itself is uniquely deduced from their algebraic representation. The signal displays readily recognizable hallmarks of artificiality, among which are the symbol of zero, the privileged decimal syntax and semantical symmetries. Besides, extraction of the signal involves logically straightforward but abstract operations, making the patterns essentially irreducible to any natural origin.
http://www.sciencedirect.com/science/article/pii/S0019103513000791

Stephen C. Meyer, Signature in the cell :
Crick later developed this idea in his famous “sequence hypothesis,” according to which the chemical parts of DNA (the nucleotide bases) function like letters in a written language or symbols in a computer code. Just as letters in an English sentence or digital characters in a computer program may convey information depending on their arrangement, so too do certain sequences of chemical bases along the spine of the DNA molecule convey precise instructions for building proteins. Like the precisely arranged zeros and ones in a computer program, the chemical bases in DNA convey information in virtue of their “specificity.” As Richard Dawkins notes, “The machine code of the genes is uncannily computer-like.”3 Software developer Bill Gates goes further: “DNA is like a computer program but far, far more advanced than any software ever created.”4

human artifacts and technology—paintings, signs, written text, spoken language, ancient hieroglyphics, integrated circuits, machine codes, computer hardware and software—exhibit specified complexity; among those, software and its encoded sequences of digital characters function in a way that most closely parallels the base sequences in DNA.

Thus, oddly, at nearly the same time that computer scientists were beginning to develop machine languages, molecular biologists were discovering that living cells had been using something akin to machine code34 or software35 all along. To quote the information scientist Hubert Yockey again, “The genetic code is constructed to confront and solve the problems of communication and recording by the same principles found…in modern communication and computer codes.”36 Like software, the coding regions of DNA direct operations within a complex material system via highly variable and improbable, yet also precisely specified, sequences of chemical characters. How did these digitally encoded and specifically sequenced instructions in DNA arise? And how did they arise within a channel for transmitting information?

As Yockey noted, what needs explaining in biological systems is not order (in the sense of a symmetrical or repeating pattern), but information, the kind of specified digital information found in software, written languages, and DNA.

The argument does not depend upon the similarity of DNA to a computer program or human language, but upon the presence of an identical feature in both DNA and intelligently designed codes, languages, and artifacts. Because we know intelligent agents can (and do) produce complex and functionally specified sequences of symbols and arrangements of matter, intelligent agency qualifies as an adequate causal explanation for the origin of this effect. Since, in addition, materialistic theories have proven universally inadequate for explaining the origin of such information, intelligent design now stands as the only entity with the causal power known to produce this feature of living systems. 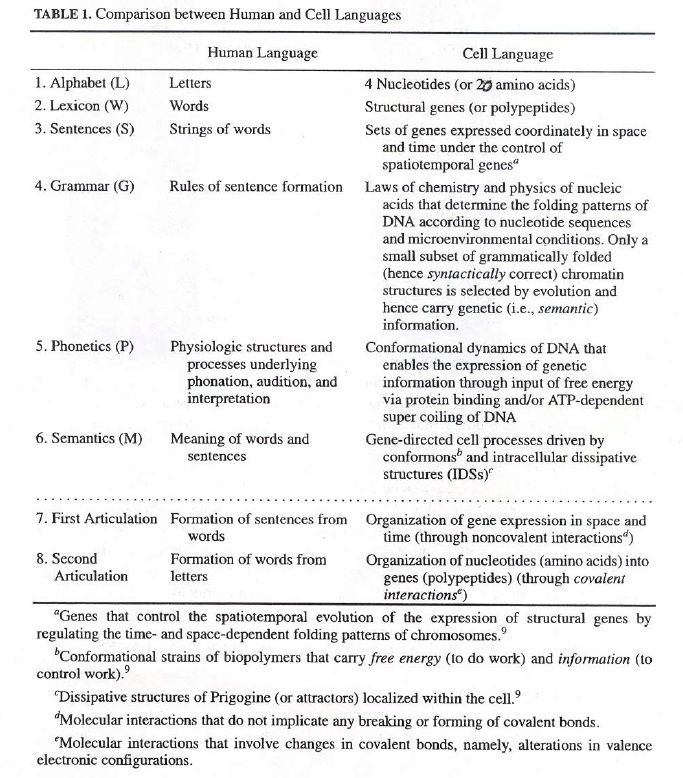 Sandor Schneider, Systems Engineer at Telecommunications
From IT point of view the DNA is a virtual machine with its own machine code. The memory addresses contain 2 bits 00,01,10,11 which are named A,G,T,C (A,G,U,C). Each 3 memory address build a machine code instruction, named “codon”. This is 6 bits. The number of possible instructions 64. The program begins with an “AUG” (methionin) entry point, and there are 3 possible exit point. Just like a computer program. Instructions can create 20 amino acids redundantly 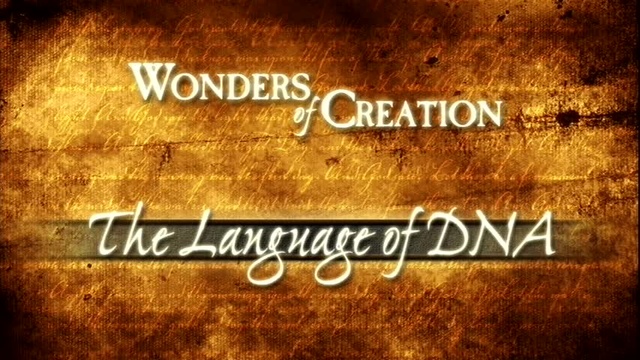 1952 ( 65 years ago ) Alfred Hershey and Martha Chase published a paper that effectively proved DNA is the blueprint for life.

Alfred Hershey and Martha Chase conducted series of experiments in 1952 by , confirming that DNA was the genetic material, which had first been demonstrated in the 1944 Avery–MacLeod–McCarty experiment. These experiments are known as Hershey Chase experiments. The existence of DNA was known to biologists since 1869, most of them assumed that proteins carried the information for inheritance that time. Hershey and Chase conducted their experiments on the T2 phage. The phage consists of a protein shell containing its genetic material. The phage infects a bacterium by attaching to its outer membrane and injecting its genetic material and leaving its empty shell attached to the bacterium. 1

In their first set of experiments, Hershey and Chase labeled the DNA of phages with radioactive Phosphorus-32 (p32) (the element phosphorus is present in DNA but not present in any of the 20 amino acids which are component of proteins). They allowed the phages to infect E. coli, and through several elegant experiments were able to observe the transfer of P32 labeled phage DNA into the cytoplasm of the bacterium. In their second set of experiments, they labeled the phages with radioactive Sulfur-35 (Sulfur is present in the amino acids cysteine and methionine, but not in DNA). Following infection of E. coli they then sheared the viral protein shells off of infected cells using a high-speed blender and separated the cells and viral coats by using a centrifuge. After separation, the radioactive S35 tracer was observed in the protein shells, but not in the infected bacteria, supporting the hypothesis that the genetic material which infects the bacteria was DNA and not protein.[3][4] Hershey shared the 1969 Nobel Prize in Physiology or Medicine for his “discoveries concerning the genetic structure of viruses.”